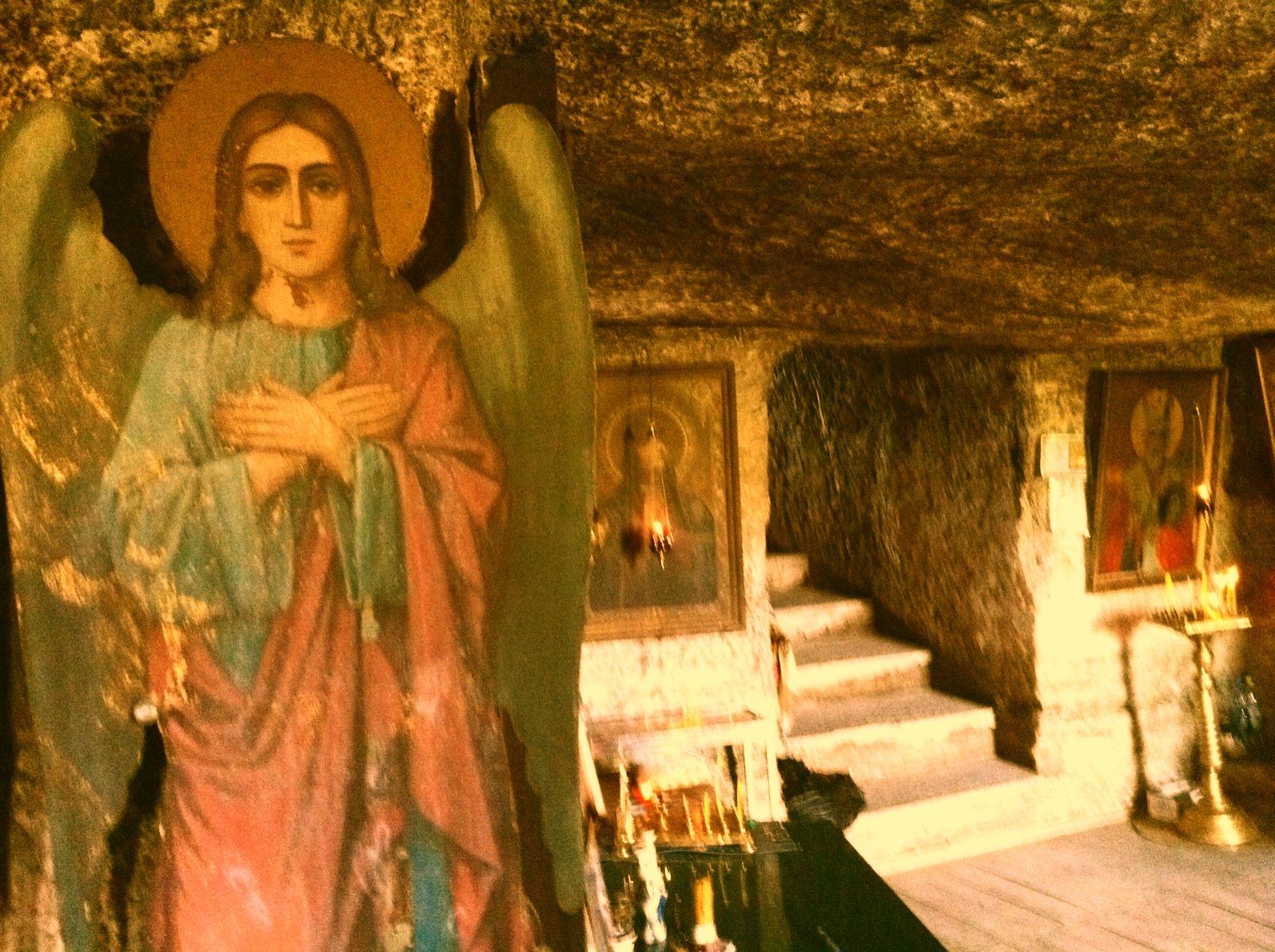 If ever there was a moment when I started to doubt that everything happens for a reason, I think back to the one time I hung with monks inside a cave monastery in Orheiul Vechi, Moldova.

I wasn’t supposed to be there, in fact I never even knew it existed. Thankfully, a strange turn of events brought me to a hostel in Chisinau one night where I became acquainted with a Czech fellow who told me about what I guess is one of the most popular tourist attractions in Moldova. He then asked if I wanted to join him the next morning so I accepted the invitation.

FYI, finding the bus at the central bus station turned out to be a mission, like trying to find a needle in a haystack. So was finding the right window to buy our tickets (why can’t they all just sell the same tickets??). We made it though with literally seconds to spare. Bus left at 10:20 sharp and it looked like the one above.

We were pretty much the only ones to get off at the final stop except for a few locals. Already I was beginning to doubt this place was as awesome as he was hyping it to be. If it was so amazing, where were all the people? It was the height of summer after all.

After a bit of searching, we finally found the entrance to the monastery.

This monastery, which is carved into striking limestone cliffs overlooking a river in the middle of nowhere, dates back to the 13th Century. INCREDIBLE. It wasn’t in use for several hundred years but then in 1996 a few monks (like my homeboy pictured above) started restoration work on it and it seems to be functioning fairly well now.

Real talk, this was probably one of the coolest travel experiences I have had in the past couple of years. It was…surreal/unreal and staring out at these open plains kind of made me want to be a better woman.

Trying to imagine monks sleeping in those holes above (as they used to do, maybe still do–I didn’t stick around long enough to find out) made me stop complaining to Czech fellow about how uncomfortable the beds were back at the hostel.

After a fair amount of time spent down in the cave, we started to get hungry as it was around lunch time. But where does one find something to eat at a cave monastery in the middle of nowhere? Turns out the monk was more than fluent in English and interested in helping us out. He called down his ladies and they immediately got on the horn to try to find us some reservations.

Like, what? Anyway, they claimed they knew of a place nearby and that we should follow them there. So we did.

Unfortunately, everything in the “town” (and I use that term loosely) was closed. We were hoping something would open up eventually seeing as we had a couple hours to kill until the only bus back showed up. So we sat. People watched when we could.

We also arranged our own gate tour. There’s something about elaborate gates in Moldova. Everyone has one and you are weird if you don’t.

After an hour of people watching and gate gazing, things were looking pretty hopeless as far as finding an open place to dine. Luckily there was a tiny shop just in front of the bus stop where we came up with an alternate plan.

It was an amazing day, one of my favorites by far while living in the former Eastern Bloc. And to think that this never would have happened if I hadn’t almost gotten kidnapped. Destiny, I tell you.