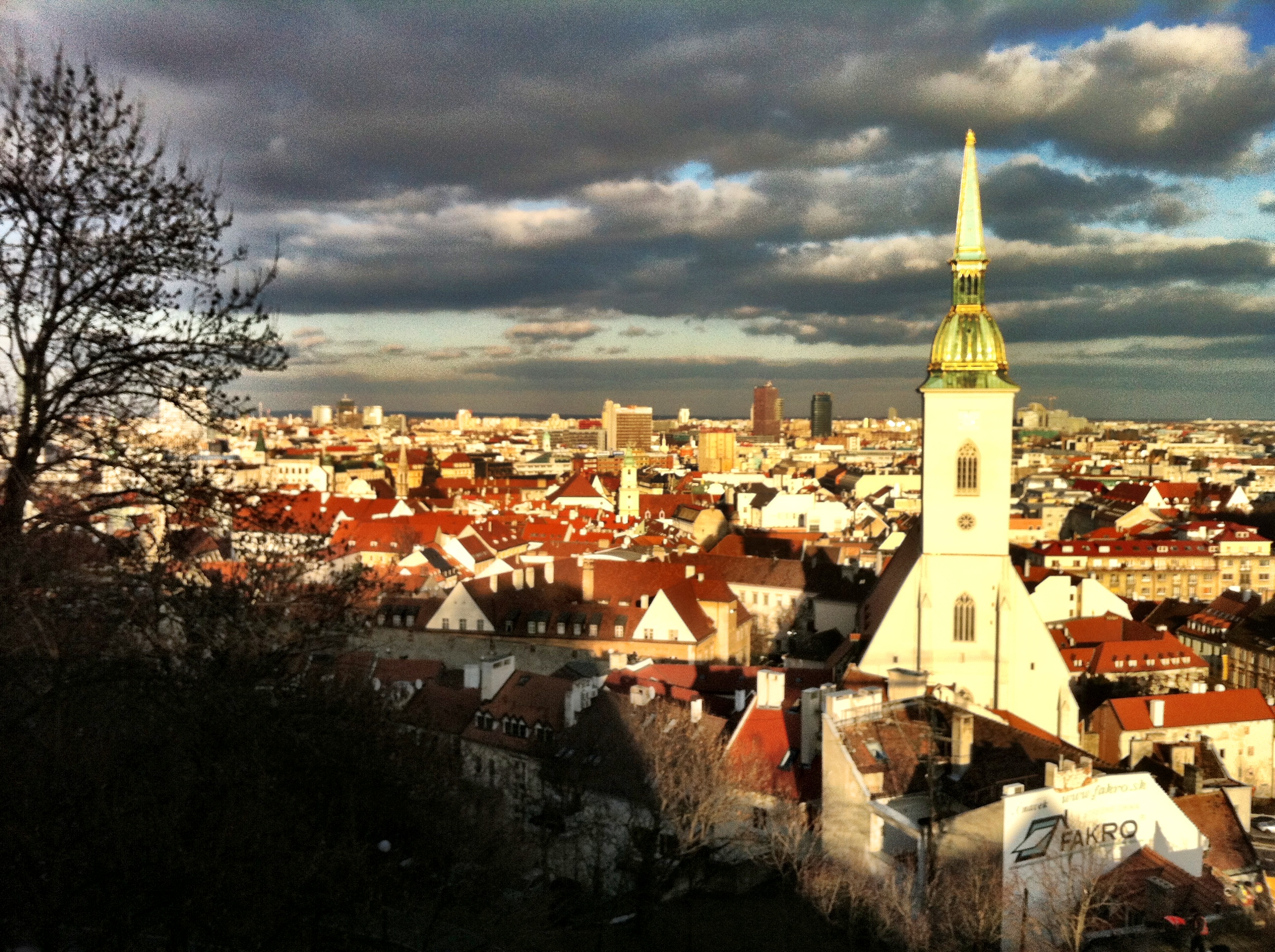 On my last night in Vienna I couldn’t decide where I should go the next day: Bratislava or Brno. Hadn’t been to either but wanted to check out both. Since I hadn’t made any sleeping arrangements for the next night, I thought I’d check Couchsurfing.

Found only one girl between both cities that seemed like someone I could have a good conversation with so I sent out an extremely last minute request. It was a long shot since it said on her profile that she was going to be away every weekend until April, but I thought I’d try anyway… Then I wrote down a couple hostel and hotel names in both cities just in case and closed my eyes in order to “sleep on it”.

When I woke up the next morning, what do you know, I had a response from this girl Mia. She said that by chance she actually stayed in town for the weekend and was more than happy to have me stay a couple of nights. Dope. For anyone not familiar with Couchsurfing, the chances of this happening are pretty slim I’d say. Quickly added this to my collection of lucky chances and got on a train to Bratislava.

Bratislava is only one hour away from Vienna; buses and trains are leaving practically every hour or two. One way train ride from Südbahnhof (Ostbahn) cost 14 euros which is a bit steep in my opinion, but not unexpected in Western Europe.

One hour later I was in Bratislava, and one hour later I was walking with my new friend Mia to her apartment. Within two minutes of meeting her I realized I had struck Couchsuring gold yet again. Aside from the fact that we were already chatting like old pals, turns out we had a ridiculous amount of things in common. Too many to mention here, but basically it wasn’t hard saying goodbye because I know I’m going to see her again soon in Orange County, Copenhagen and/or Zagreb. Small world, I tell you.

Mia lived on the other side of the river from the Old Town in Petržalka, a residential area of candy colored concrete apartment blocks.

Public transportation is convenient and relatively cheap in Bratislava (around $1 a ride) so it was no problem getting into the Old Town the next day on my own. It even gave me a chance to cross the UFO Bridge which I might not have bothered with otherwise. The thing is totally tacky, but totally cool.

The sun was shining for me that day which left me with no excuses to not hit up every single sight in Bratislava. And I think I pretty much did that, in like 3 hours. It’s a really small town…one day to see it is definitely enough in the winter. For summer there’s much more going on in terms of night life and outdoor activities so I’d probably stay another day or two if it were July.

Bratislava is an interesting place. It’s an outsourcing epicenter which brings all kinds of people there for work – like Mia, who is actually Croatian. She works at Dell with 2,000 other employees, which is not too far from IBM who employs another 3,000. What you get then is a pretty multi-cultural city. According to her, there are 3 groups she can hang with: international people living there for work, students living there to study, and of course, local Slovakians. While she dabbles in all three, it’s the first group she finds herself spending the most time with.

During the day Mia met me for lunch at this really cute spot called Verne on Hviezdoslavovo Namestie. This place was cheap and funky, I liked it a lot.

Unfortunately I didn’t experience the “PartySlava” side of Bratislava because I was there on a Sunday and Monday night, in February, so I can’t give any recommendations on that. Wait. I just remembered while I was waiting for Mia to get off work I stumbled into the sweetest dive bar. It was called Cafe Ister on Ventúrska. Sooo many fascinating local people hanging in there plus they had WiFi and cheap drinks. I asked the lady behind the bar for something Slovakian and she gave me this. I wouldn’t recommend it.

One thing I would recommend is a pistachio cappuccino from Green Tree Cafe. This thing was off the chain. Like I will make a detour to Bratislava just to grab another cup of this deliciousness shall I ever find myself in Central Europe again.

Bratislava was a good choice. The whole time I wanted to use that quote from Eurotrip where the guy was like “It’s good you came in summer. In winter it can get very depressing.” Anyone know what I am talking about? Well anyway, I couldn’t. It really is a beautiful city and not depressing at all – not even in the dead of winter. I’d very much like to go back during summer and now that I’ve got myself a friend there, maybe I just will.