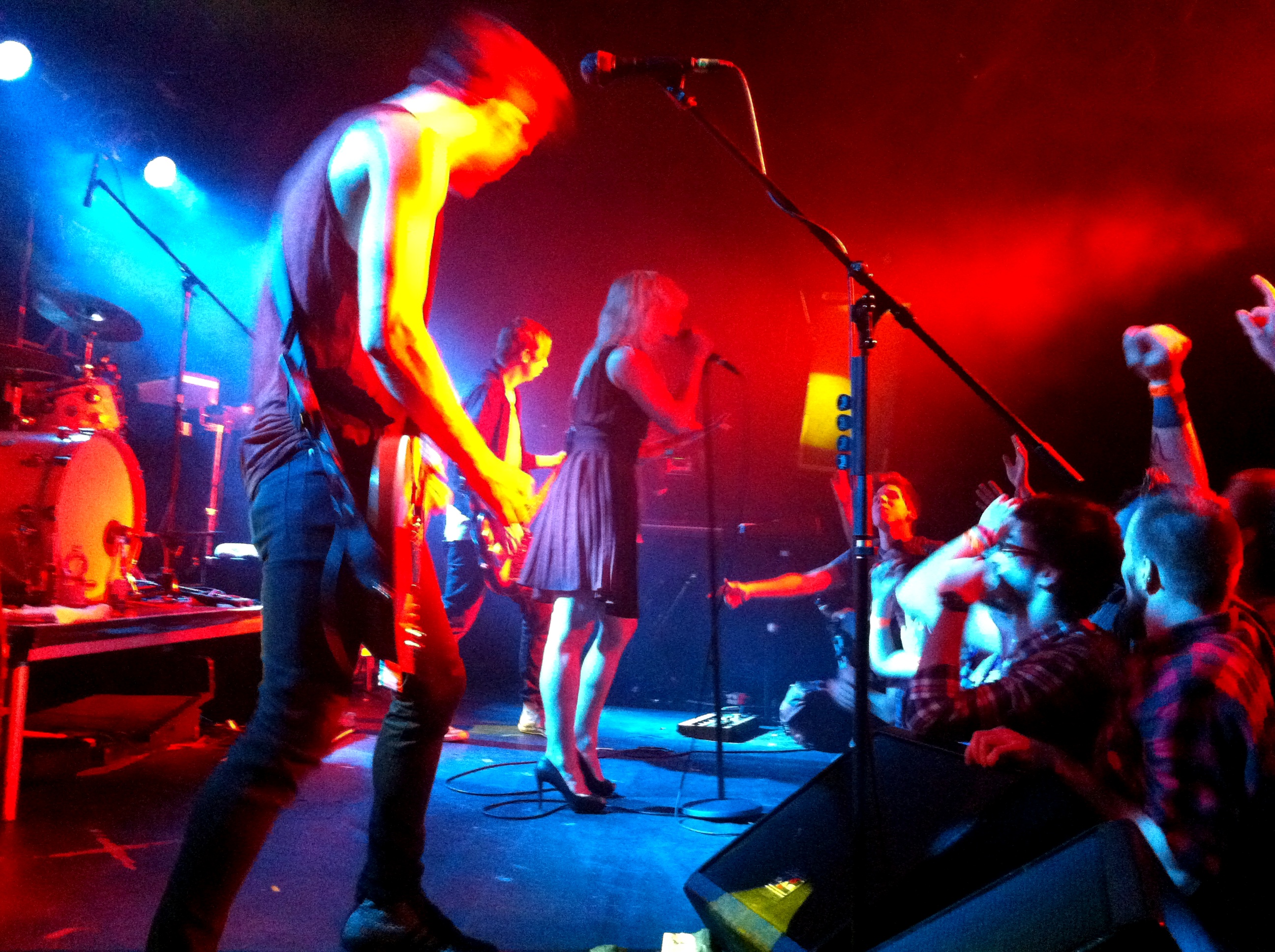 I’ve seen The Sounds play in a lot of cities but none as far east as Budapest. I ♥ Central and Eastern Europe, you should know that by now, so for this reason I was especially excited to attend the first show they ever played in Hungary. It was at Dürer Kert next to City Park…kind of a strange and shady place, but I liked it a lot.

It was a real intimite affair which was cool. If you are into live shows and are traveling, you should always check if something good is going to be on in the cities where you are going. It’s quite an experience seeing your favorite band play in a different cultural setting and depending on where it is and how well known they are, you might be able to get more up close and personal than usual. Either at the front of the stage or at a party after the show.

The last time I recorded video footage at one of The Sounds’ shows I used my iPhone but wasn’t that happy with the results so I decided to bring along my Canon Powershot G12 for this special occasion. Unfortunately, I’m still not that happy with the results because the sound is like really muffled in a lot of parts. Can someone tell me what I am doing wrong? Maybe I shouldn’t stand so close to the speakers. Big fail. To be fair to myself though, it was like especially loud in this club. SO loud that my ears were ringing for the rest of the night and the next morning. That doesn’t usually happen, my eardrums are pretty tough.

So here I give you three videos from this awesome show…Better Off Dead (Something to Die For), Painted by Numbers (Dying to Say This To You) and Hope You’re Happy Now (Living in America). Enjoy!