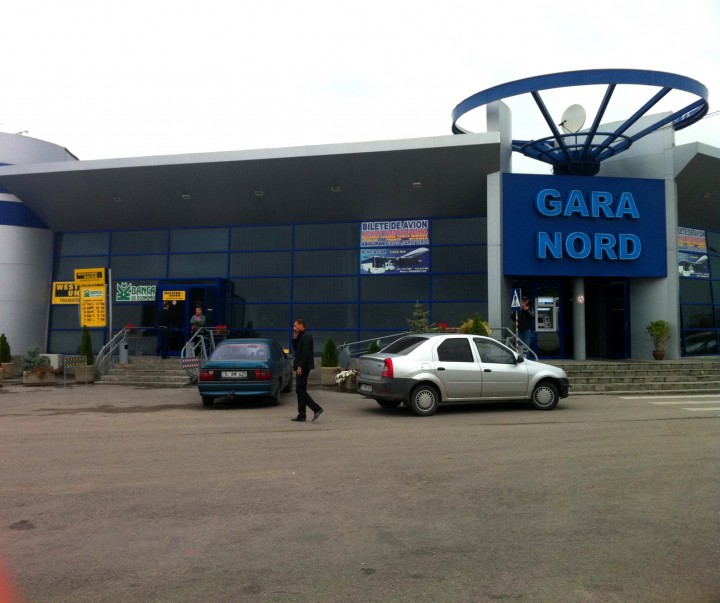 Envision yourself in this situation for just a moment: you are sitting on a bus on your way to a city and country you know little to nothing about. Your only contact there is the girl who accepted your Couchsurfing request the night before. An hour into the ride she sends you an SMS saying she will meet you at the bus station. Then three hours in she sends another one saying she can’t get off work to meet you but her boyfriend will. Then another hour later comes a third message from the same number. This time though it’s her boyfriend that’s writing and saying he actually can’t meet you either but take a cab to this address and he’ll come down and pay for it.

Would you think that was strange? Can two people send messages from the same cell phone number? Would you go even if you thought it a tad suspicious?

If you haven’t guessed by now, this happened to me just a few months ago on my first trip to Chisinau, Moldova and it freaked me out. I had never felt such a strong feeling in my gut that there was something so off about a situation. In fact I had never felt anything like that at all.

By the time I finally got to Chisinau I had already made the decision: there was no way I was going there. But where was I going then? I didn’t know what part of the city I was in, I didn’t have a map, I didn’t have a guidebook.

At this point I hadn’t entirely ruled out staying there but thought if I were to do that then I better be meeting them somewhere in public first, together or at the very least her. So I jumped in a cab (a licensed one) and asked to be taken to any café that had wifi in the city center. The driver kept staring at me on the way so I finally asked him what was up. “What are you doing here and why are you alone?” he said. I politely explained to him that I was there because I was interested in seeing Chisinau, and that this is just how I roll when traveling—alone. “But you better be careful here, this city is FULL of very bad people.” Awesome. If I wasn’t already freaked out about my situation, way to make me, dude.

So he drops me off at a café that he says should have wifi, which it didn’t. Luckily I find out from the people working there that there’s free wifi in the park just across the street. Not in the cafes but in the park—who would have thought? Anyway, I go sit in this park and decide ok, I will send an SMS and say I needed to take care of some business in the center (business like preventing a possible kidnapping), but let’s all meet up at some restaurant or bar when your girlfriend gets off work. “Looks like she is going to be working really late tonight but I will come pick you up wherever you are,” is the response that I got.

Was he serious? This was just getting out of hand and I really didn’t have the patience to wait it out. I was tired, sitting in a park with a suitcase, no hotel or hostel in sight. I was ready to just go to the bus station again and buy the first ticket back to Odessa, but I didn’t. Instead I thought, you know what, I already made it this far and the hell if I am going to let this affect my travel plans. I came to see this place and I am not leaving until I have done so. Within a few minutes I had pulled up the number to the only hostel I could find in Chisinau, and a few minutes after that I was on my way.

I don’t know what would have happened had I waited around a few more hours for this dude to come meet me, but the bottom line is I just did not feel good about it so I didn’t do it. I listened to my instincts because they were screaming at me. Maybe it would have been fine, maybe they were actually a really lovely couple…but I will never know.

The reason I tell this story is because it was a huge wake up call to me. I had been on a roll for a year where I was just bouncing around Europe without a plan. Couchsurfing had changed the way I traveled for the absolute better, but it also started making me incredibly lazy. Lazy to not familiarize myself more with a place where I was going as well as too reliant on my hosts for being the ones to show me around. Big mistake.

This trip to Chisinau was humbling to say the least and made me completely reassess the way in which I travel and Couchsurf. Still not one to carry around guidebooks or large maps, I at least make sure I have an idea of how the city is laid out if I am going to a place where I know I probably won’t find free city maps or tourist guides lying around. Another thing is that now I will also never leave for a trip unless I know I have extra money to carry out a Plan B such as the one I described above (money for cabs, money for emergency accommodation) if necessary. Having a Plan B or back-up plan somewhere in my mind has also become of utmost importance. Specifically, a telephone number or address to a hotel/hostel on hand just in case something doesn’t work out.

Whether it’s your first time alone on the road or you are a seasoned traveler, I think one of the most important things to always remember is go with your gut. It doesn’t matter if it turns out to be right or wrong in the end; it’s what you felt like you needed to do at the time and ultimately will lead you to where you’re supposed to be.

A Story About Studying in Sweden