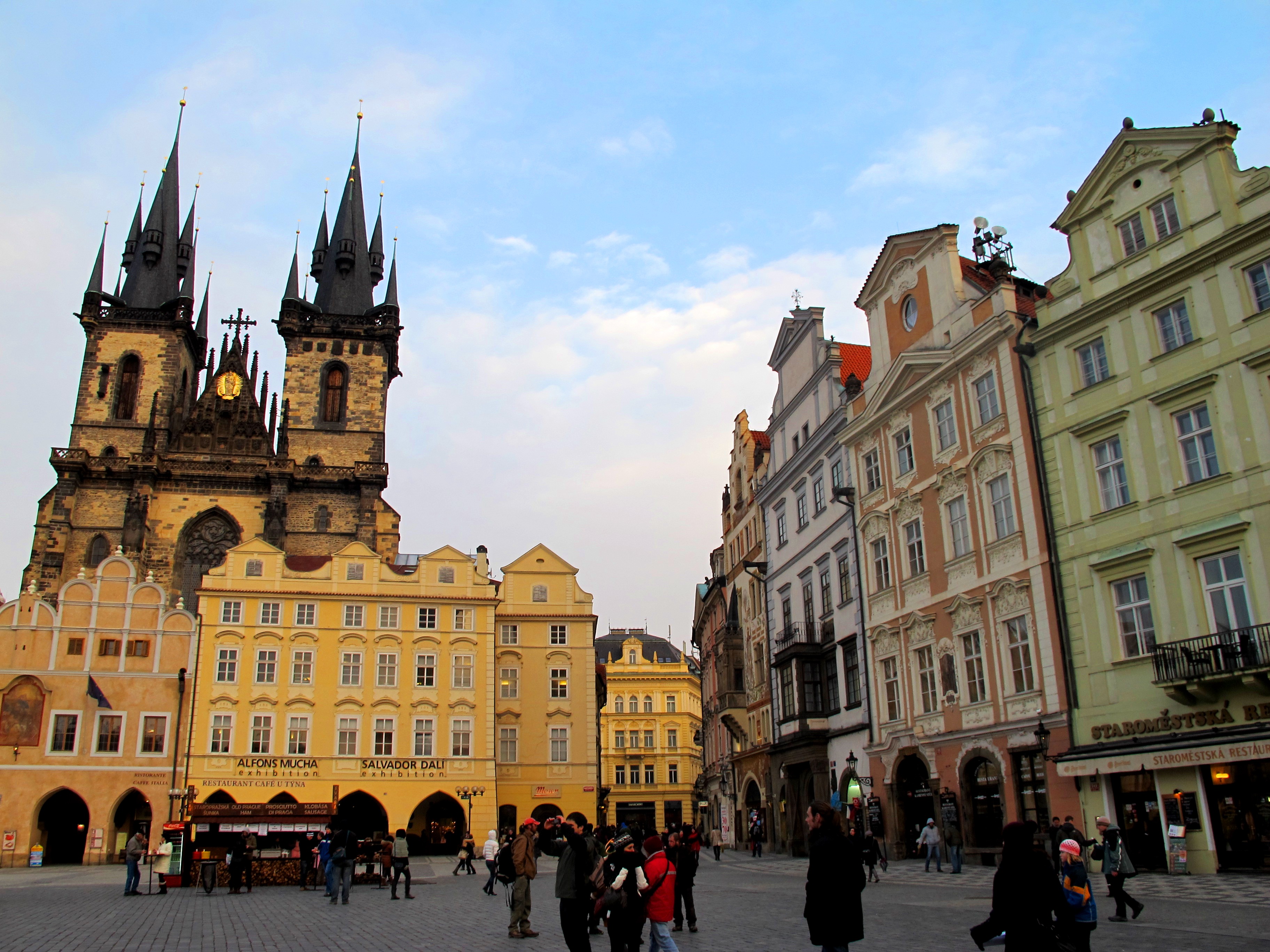 I love saving the best for last which made Prague a perfect final stop on my latest trip. Not that Prague is necessarily “better” than Budapest, Vienna or Bratislava, it’s just the city I enjoyed most during my time in Central Europe.

I was about to go off on a tangent about how I thought Prague has transitioned from an Eastern European city to a Western European city but stopped myself because that would just be perpetuating the myth. Prague is and always has been a Central European city. It is guidebooks and outdated perceptions that have been responsible for labeling it as Eastern European just because it was behind the “Iron Curtain” for nearly 50 years.

Being positioned in the center makes it a good mix of east and west, the best and worst of both worlds— I think that’s why I liked it so much. Here are a few other reasons:

It’s funny. Hard to describe, but Prague has a sense of humor that I’ve mostly encountered on the east side of Europe. For example, what does the city do with a monstrous concrete structure in its center that everyone wants to get rid of but no one will (aka the Zizkov TV tower)? Cover it with babies. Thank you, David Cerny (click here to see more of his, uh, interesting works of art — many of which are also in Prague). This is a good one.

Milan Kundera. I love him. The Unbearable Lightness of Being=one of my faves and a lot of it was set in Prague. It’s not only about Kundera though; he’s just one of the many creative minds that symbolize the Czech Republic’s artistic resilience under Communism. That the city’s artistic spirit was never broken by Soviet occupation gives it a lot of street cred in my book.

Still relatively cheap. Relatively. Budapest and Bratislava were cheaper, but compared to Vienna, this place was a bargain.

Absinthe. For the most part none of it is the “real deal” that induces hallucinations and what not, but still, I love places where one of the major attractions is drinking a particular spirit. Except in Mexico. Tequila can go die a slow painful death as far as I’m concerned.

Unbearable beautifulness. I get why Prague has been taken over by tourists–it’s beautiful, almost unbearably so. Unbearable in the sense that when the city is illuminated in just the right places by the sun you almost have to pinch yourself to make sure it’s real (soooo cliché, but it’s true).

Prague is a magical city, fantastical even – I know it has been said a million times before, but I really don’t know how else to describe it. Someone give me another word. I remember thinking it was great back in 2005, but this time it was more a feeling of enamor. It really has changed quite a bit, for the better and worse. I think it would be cool to live there for a while but then I might only be adding to the problem. My only major qualm with the place is that I heard too much English while I was there, way too much. Even in February there was an overabundance of tourists which wasn’t surprising, but a little disappointing. Not sure how Prague will ever shake it’s Disneyland-esque reputation. Maybe it doesn’t want to.

While it may have sold part of its soul to tourism and TEFL programs, I’m certain that there is much more to Prague than that. Perhaps harder to find, but that’s what would make finding it all the more special.

P.S. No joke, I found THE BEST places to stay in Prague. More on that soon!