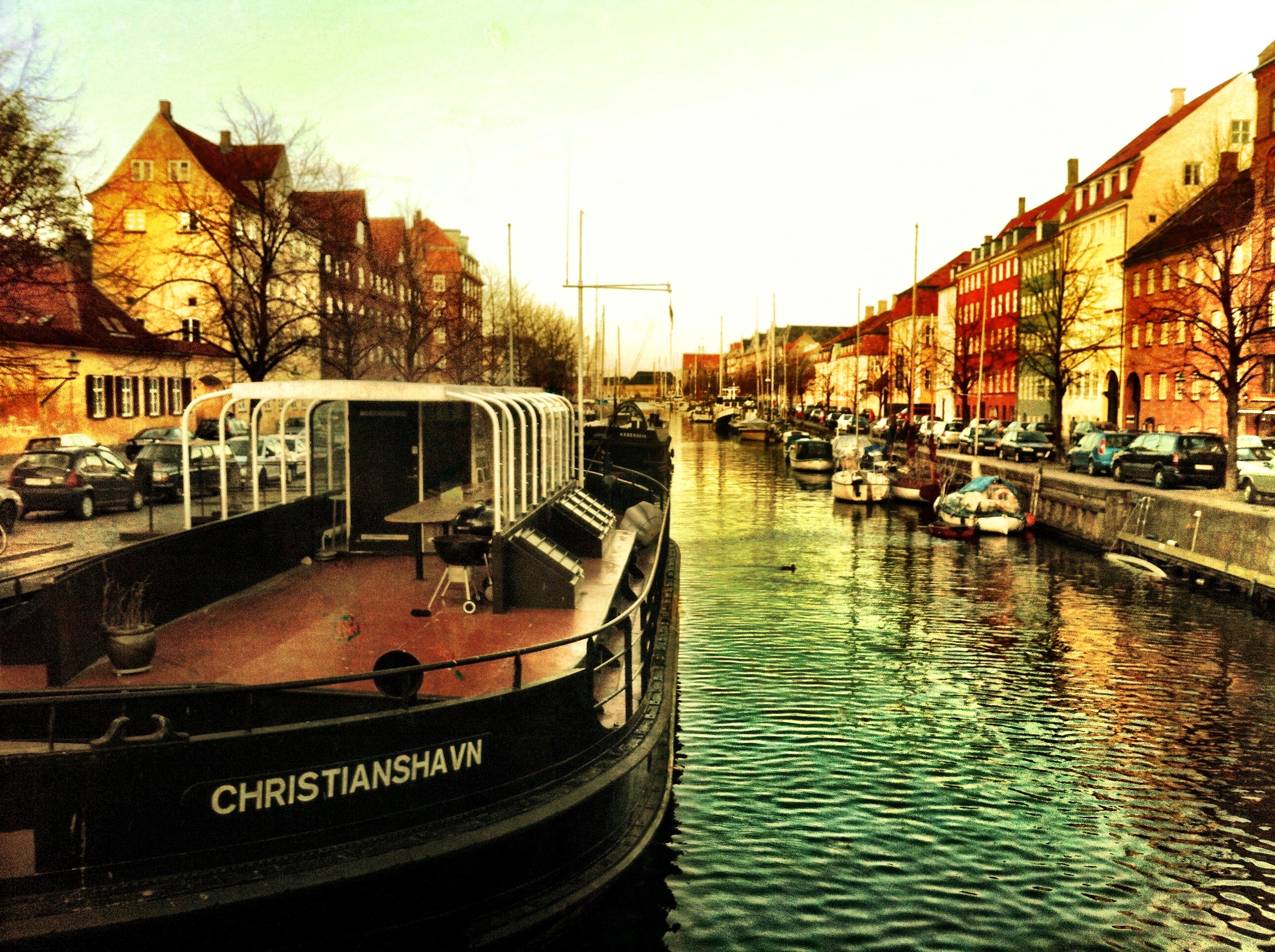 Back in March I had my first ever travel blogger meet up in Copenhagen, Denmark. I’m refusing to call it a “Tweet-up” because “Tweet ups” are for hardcore Twatterers and that I am not. If any social media outlet was responsible for this gathering, it was Instagram.

I had noticed Michael Hodson of Go, See, Write posting photos of stuff in Copenhagen so I shot him an email to see what he thought about meeting up for a drink while he was in town. Of course he was into the idea because he’s always DTP (down to party) and even suggested we bring along Alex Berger of Virtual Wayfarer who is living there.

Perfect and it was going to be a great excuse for me to hang around the city a little beforehand. Sad to say but I rarely spend time in this contested capital of Scandinavia even though it is only 20 minutes from where I live in Sweden. Roundtrip train tickets run around 210 kronor which can easy get me a one-way flight to Poland or Hungary on Wizz Air if booked far enough in advance. Somehow that just always seems like a much better investment.

After walking around for a couple of hours, I finally met up with the guys  in Nørrebro – one of the trendier neighborhoods of Copenhagen. We quickly found the perfect spot to throw back a few while filling each other in our our life stories. Mike is a real interesting and sharp guy. Quit his job as an attorney back in 2008 and set off on a mission to circle the world without getting on a plane and has been traveling ever since. Of course you can read all about this and his travel stories on his blog, but what you can’t read about is how fun he actually is to hang out with. Love his outlook on life and penchant for having a good time. The man is like a wealth of knowledge and totally played the role of The Godfather that evening as Alex and I sat and tried to soak in as much of his wisdom as possible (me especially).

Alex is also a very cool guy who likes to have a good time and knows an incredible amount about blogging and the online world. Our stories aren’t so far off in that we both moved from the western part of the U.S. to Scandinavia to study and both have fallen in love with our new cities. We were also both raised by families who traveled a lot, although his childhood adventures are maybe a tad more extreme than mine. Can’t believe he has lived just across the bridge from me for almost a year, such a small world! The powers of social media, man.

We finished a couple pints and glasses before deciding it was time for a change of scenery. Wandered around a bit before finally settling on a place that turned out to be a total dive. Haven’t found a good dive bar in Malmö yet so I was kind of in heaven except for the fact that they didn’t serve rosé. This happens to me frequently since it’s a drink mostly associated with summer and/or classy establishments so I handled the problem the way I normally do: order a red, order a white, then mix.

After enough talk about the blogging world, it naturally evolved into a round of questions for each other. In case you aren’t aware, Mike LOVES questions. The best one from him had to be “What is the most embarrassing thing on your iPod” to which Alex quickly gave an answer that I am not at liberty to make public. I can assure you though, it was embarassing. Luckily it was so embarrassing and we were laughing so hard that I was able to avoid the question myself (still no comment but I’ll give you a little hint: it involves me and “rap”).

I’m so sad that I can’t remember the name of that bar, the bartender even wrote it down for me on a piece of paper that I unfortunately threw away and told me to come back later that week. It was such a cozy little place with some pretty rad people in there..many long-haired and tough Danish dudes. I vaguely remember singing along to Hotel California and attempting to take control of the jukebox which was unsuccessful. What jerk puts on 20 songs in a row? Well, me for one when I can afford it. I finally realized that it was getting pretty late and time to go once I started having thoughts of climbing on top of the bar for absolutely no reason at all.

It turned out to be a super fun night and I am happy that I decided to reach out to some other fellow travel bloggers. It has been pretty frustrating trying to find out exactly where I belong in this whole “blogging” mix, but after spending a few hours with these guys I realized I’m right where I should be (minus a few techinical aspects and killer post ideas but…I’m working on it!). I have been reluctant to say it, but yes, I AM A TRAVEL BLOGGER. There are some who may have been doing it longer, some who do it better, some who do it more, and some who do it louder (blogging)…but we all have the same thing in common: we are passionate about travel and want to tell the world about it.

There is room for all of us here so long as we have our own unique stories to tell. That’s one of the beauties of travel – no two experiences are ever alike. Hope to meet more of you soon, whether it’s in person or online. Sure, I’m biased, but I truly believe the travel blogging community is one of the most eclectic and interesting “virtual communities” out there. We rule.

Thanks again to my new buddies Mike and Alex – let’s do it again soon. I’ll bring the cash ;)