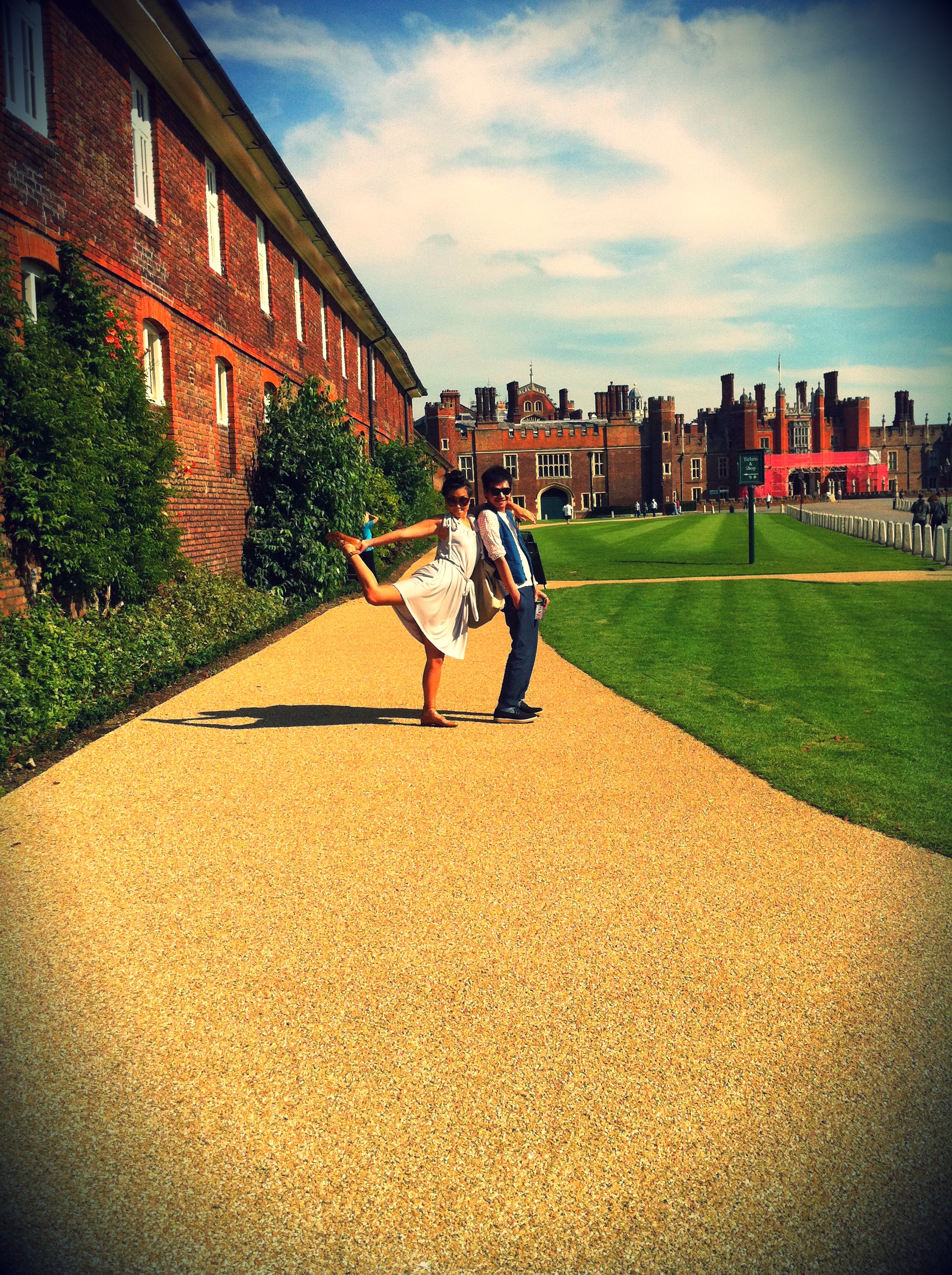 This little throwback happened at the end of Summer 2011 when I flew from Odessa to spend a few sunny days in London as an early birthday present to myself. Was hot.

My friend Aiko aka my Japanese sis had just moved to Hampton Court and invited me and our friend Nino over one day to check out her new place and her new hood.

It’s a cute hood, Hampton Court. It’s out in Zone 6 so far, far away from the chaos of Central London. There are tons of nice antique shops around the high street and cozy pubs you can sit at for hours drinking rosé. Of course the main attraction of this area is Henry VIII’s old crib, Hampton Court Palace.

To get out here, just make your way to Waterloo Station on the Jubilee Line and then hop on a train to Hampton Court. It takes 35 minutes from there and costs about £3.70 one-way (though I think it might cost a little more if you aren’t using an Oyster card). In addition to taking the tube/train you can also take a boat from Westminster or Kew. Don’t know all the details, but that could be nice.

This actually wasn’t the first time at the palace. Nope. I also vistited back in 2002 during one of my trips to London when I was super into British history and everything Tudor. I still find it interesting, don’t get me wrong, just didn’t see the point in paying £15 to go in a second time.

And anyway, the weather was amazing and when the weather is amazing there is no where I’d rather be that out chilling in a park or garden with my friends.

Turned out to be a lovely day and really nice to get away from Zone 1 – things can get fairly intense around there. Even if you aren’t interested in going inside the palace there’s still stuff to do outside of it. It’s not the most exciting environment, but definitely relaxing and a perfect spot for an afternoon stroll or what have you. And it’s right on the Thames – so romantic.

P.S. If you know Japanese and want to read about a crazy girl from Osaka living in London, check out my sista’s blog.