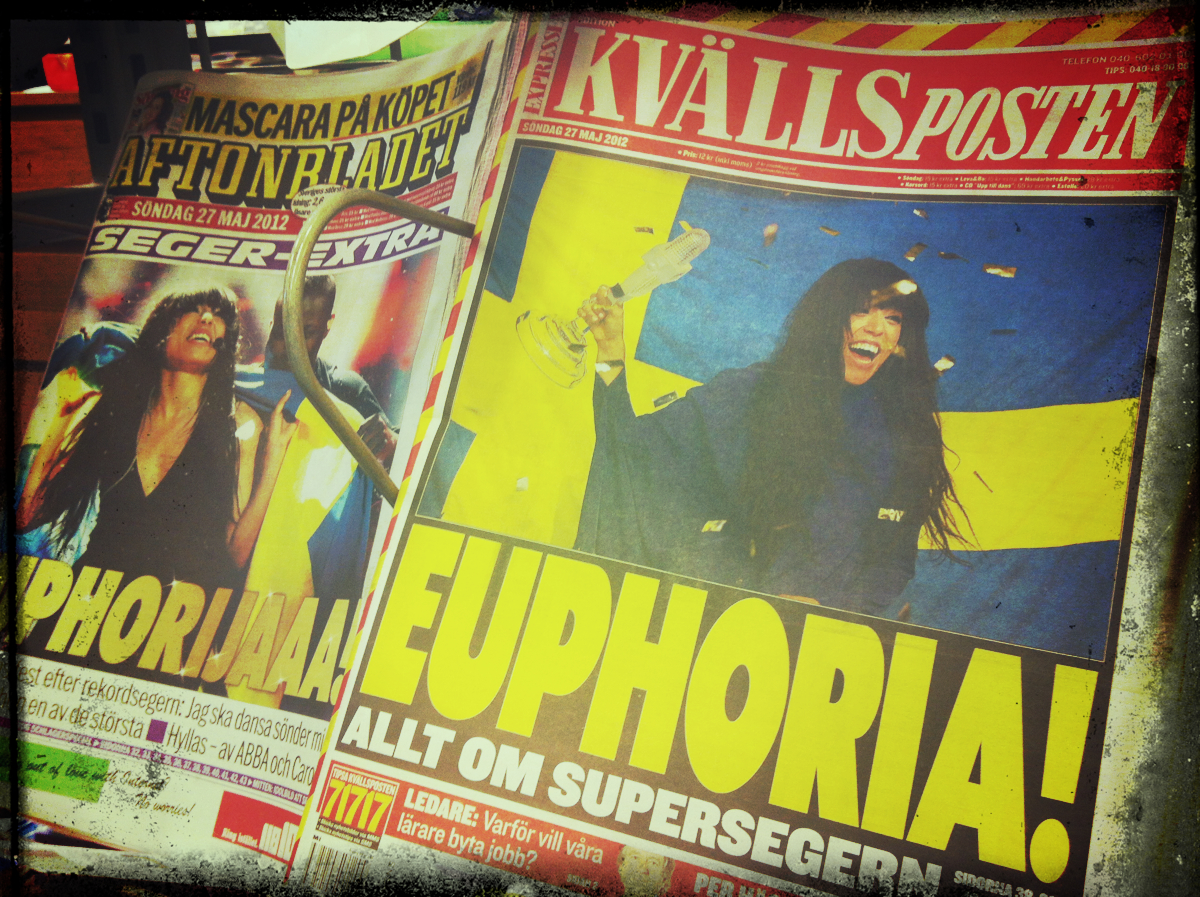 If you follow European events then you may be aware that one of the biggest of them all, the Eurovision song contest,  was just held a couple Saturdays ago in Baku, Azerbaijan.

If you have no idea what the Eurovision song contest is, it’s basically a talent show for European countries (‘European country’ used in the loosest sense) to compete against one another in hopes that the artist they chose to represent them will win it all. Back to Eurovision being hosted in Azerbaijan…like, what? Azerbaijan?! Of course it’s because they won last year that they hosted it this year, but as a student of European Studies it’s so interesting to see countries like this even included in the competition. Same thing with Israel, but whatever on that.

The most important thing you need to know is that this year SWEDEN WON. Typically I would just say whatever on that as well but the fact that I was in the country when it happened unexpectedly turned out to be pretty damn cool. As one of the most unpatriotic countries that I’ve ever encountered, it was amazing to see how pumped the Swedes were on winning – in my living room, out on the streets, in da club. It was something equivalent to being in a country big on soccer that just won the World Cup. Ok, maybe not that intense, but almost.

So here is, the song and the girl who won it all – Euphoria by Loreen

Totally witnessed a drunk, 250lb dude singing it to himself that night/early morning on my way home from a bar. Unforgettable. It’s a catchy song, no doubt, and I’ve been listening to it so much that I will probably be sick of it soon as will the rest of Sweden. That won’t matter though. I’m certain that super sentimental me is going to hear it 10 years from now in some random place, like in a dentist office or shopping with my kids in a supermarket, and will start crying. Memories from this crazy/cool chapter of my life are going to come flooding back like a mofo. Ahhhh the power of music!

I have to be honest with you though…it turned out to be a great thing that Sweden was victorious, but I was actually rooting for these fabulous ladies the entire time.

Oh, you want a remix? Here you go…

And here are a couple of other highlights from the night for those who missed this amazingness/ridiculousness – enjoy!