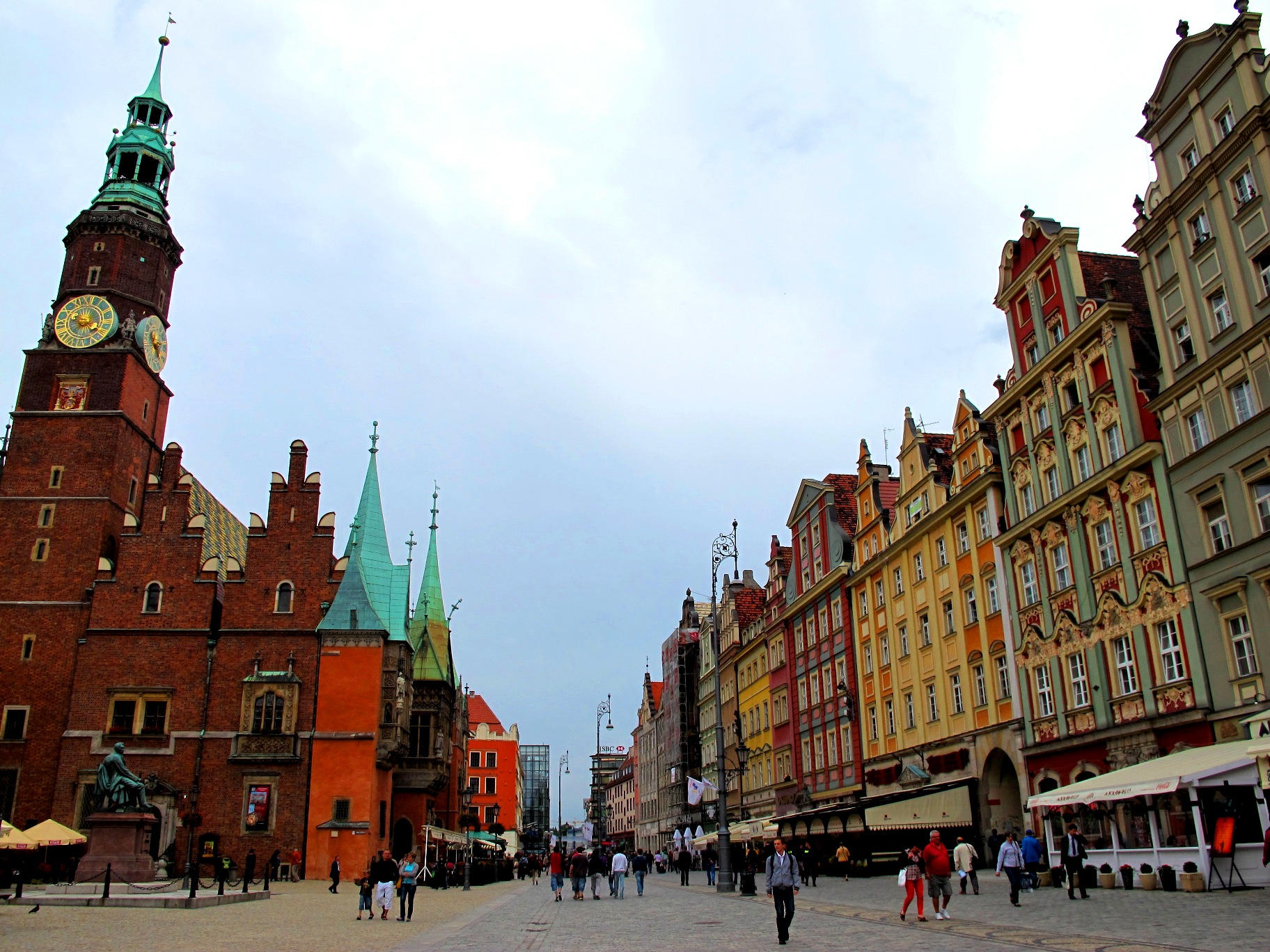 More often than not, when people hear that I “couchsurf” on my travels they look at me like I am crazy. You do what? Stay on some random person’s couch? Meet up with someone you met off the internet in a foreign land? While I don’t necessarily blame them, I will be the first to defend it as one of the best ways to see a place. It has completely changed the way I travel. Rather than keep preaching the same thing about how I’ve met so many cool people and see cities in a completely different way because of them, blah, blah, blah – I thought I would just show you. If not to encourage others to give it a try, than to brag about how awesome my new friends are.

First up is when I stayed with Magda and Paweł in Wrocław, Poland…

I made a detour to Wrocław on my way from Sweden to Ukraine last summer. I had to make a stop in Katowice and rather than stay there overnight and catch an early morning flight to Kiev, I thought I’d head over to Wrocław for a few days instead since I had never been. That and also because I came across lovely Magda’s profile on Couchsurfing and said to myself “I have to meet this girl!” She had similar taste in music, loved traveling, interested in fashion, and was studying Polish literature/journalism. It also looked like she had some sort of blog which I thought was cool as someone trying to build one up myself…

As it turns out, like me, Magda goes by another handle on the interwebs – Venila Kostis. And her blog? Well it’s only one of the most popular fashion blogs in Poland.

For three nights I stayed with Magda and her equally awesome boyfriend, Paweł, in their rainbow-colored apartment a bit away from the center.

The first day/night was the craziest with her friend Angelika nearly getting arrested as a suspected shoplifter within the first hour of me being there. We had gone into a grocery store to buy some Polish vodka and she walked in with an unopened can of something in her pocket that she had picked up before she met us. A security guard in there spotted it and assumed, as they do, that she had stuck it there after entering the store so we were all detained. After more than a bit of arguing and waiting for them to watch security tapes, it became evident that she was 100% innocent and we were finally let go. I know the guy was probably just having a boring day at work, but save the drama for your mama, man – we have some Polish vodka to attend to!

And that we did…a little pre-party at Casa Magdalena & Paweł before heading off to the center for some more shenanigans.

They took me to Szajba, really cool bar, for some more drinks and good music. I highly recommend this place if you are looking for a good time in Wrocław.

The next couple of days were more mellow, but just as fun. Magda was pretty busy with school and blog stuff during the day so I hung with Paweł a lot. What an incredible photographer that guy it, we totally bonded over our love for photography. He took me to some cool spots where I could get some good photos and tried to help me as much as he could on my perpetual hunt for krasnoludki, Wrocław’s infamous gnome statues. He even got me a little one as a parting gift so as not to forget – what a doll!

We went out a couple of times for some really bomb Polish food. Pod Złotym Psem (Under the Golden Dog) was my favorite place – can you say pierogies the size of your head?!

And we stayed in for some even bomb-er Polish food that Magda’s mom brought when they came to visit. Yeah, I even met her parents!

By the way, did I mention Magda can throw together a pretty amazing breakfast spread? I’d totally marry that girl.

I loved staying with Magda and Paweł and was super sad to leave even though I knew I was on to big adventures in Ukraine. Partying, eating, and sightseeing aside, I had so much fun just hanging with them at home and talking about everything from music to taking over the world.

Looking forward to seeing these guys again in Poland and if all goes as planned, Denmark as well. The dynamic duo will be at the Roskilde Festival there in the beginning of July because Magda was one of the 13 Trend Scouts selected by H&M to attend…not surprised. I’ve already told them to bring the Polish vodka so this tale is set “to be continued”.