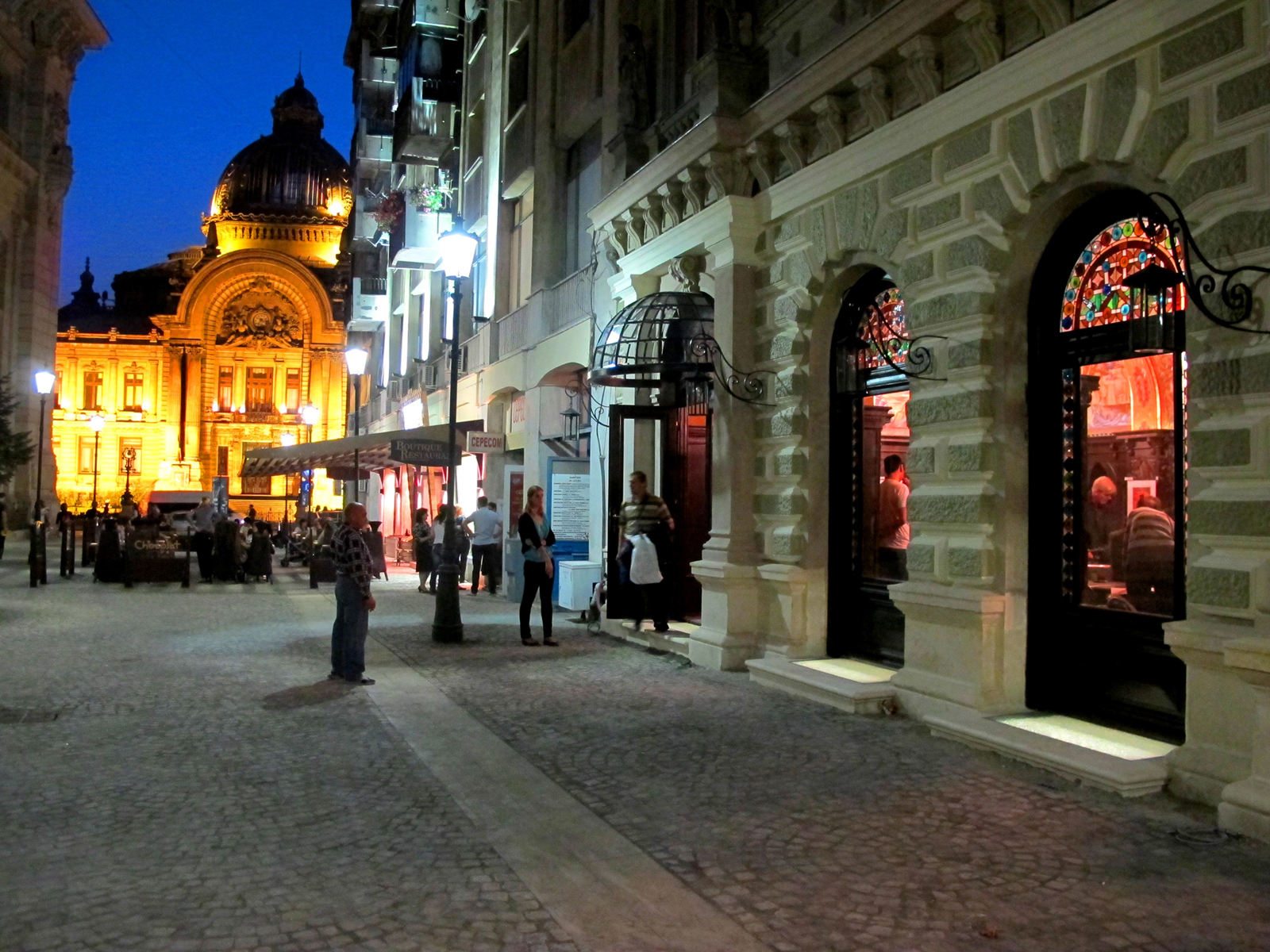 A couple months ago my friend Rob put up on his blog a very informative public service announcement on where to travel in Europe for Summer 2012. Much to my relief, he named Eastern Europe and the Balkans as the places to be rather than the “played out” West. Well, Summer 2012 is almost over and guess what – I say you still gotta go East! With so many cheap flight options from Western Europe, there’s almost no excuse to not get over there if you are anywhere on the European continent.

As a lover of the East, I’ve got TONS of recommendations for you. In fact, if you’ve read this blog at all before you’ve probably already encountered some – Poland, Ukraine, Bosnia-Herzegovina, Transnistria. But there is sooo much more. So many cities I have neglected to feature which is why I want to give you three more cities to think about today.

I’d say Belgrade is a city that has been discovered, yet not. Thankfully it has managed to hold on to its personality and grittiness even though the past couple of years has brought a large influx of budget flight tourists from the west side. Summer is the prime time as tons of bars and clubs open up along the river, but honestly the club/party scene in Belgrade is hardcore no matter what time of year so not to fear – there is always fun to be had.

Belgrade means a lot more than just parties to me though. Random Blonde Gypsy fact: my grandfather left Russia to go study in Belgrade and even owned a house there at one point. So the city is kind of in my blood.

Ok, so I have talked about Budapest a bit before, but since I like it so much, I’m going to do it again. It really, really made a great impression on me last February when I decided to give it a second chance. It’s a very beautiful place and although tourists are coming in droves these days, it has retained its Eastern vibe more so than a few of its neighbors (hint hint, wink wink Prague), and I respect that.

For the amount of time that I spent in Bucharest, it’s kind of shocking I have yet to write more about it. Maybe it’s because it was raining the whole time I was there, so not much to talk about, and I have been too preoccupied with telling travels tales about Transylvania and my sleepovers with gypsies.

My first impression of Bucharest was that it was a huge, scary beast. I still kind of think it is a huge, scary beast, but one that is intriguing and a place I’d definitely like to get back to. I’m not going to sugar coat the fact that the city is filthy, but if you can look past that and all of its grey concrete apartment block glory, you will also find a lot of charm and beauty. Especially around its Old Town area and Palatul Parlamentului.

Psyche. Palatul Parlamentului (pictured in the distance above to the right) is not charming. It’s a MONSTER!!!

So what are you waiting for? GO.

Any other cool Bs in the East that I didn’t mention here or elsewhere on the blog? Do tell!