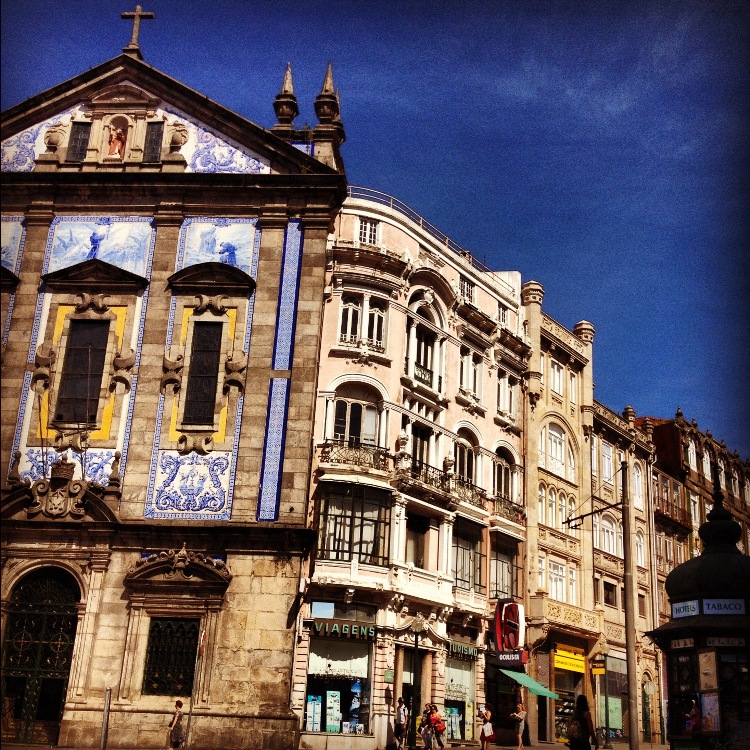 Here we are, more than halfway through my Portugal Skyscanner trip. I can’t believe how fast the time has flown!

In case you haven’t been following along on Twitter, Instagram or Facebook (which you should be), I was in Portugal for a whole two weeks before I booked it to Spain to check out Sevilla, get robbed in Barcelona, and attend the TBEX travel blogger conference in Girona/Costa Brava.

My trip began up north in pretty Porto and from there I flew down to Faro in the south to hang around the Algarve for several days – specifically in Portimão, Lagos and Sagres. I just touched down on Madeira, an island about 900 km off the coast of Portugal, and will be chilling here until Friday. Then I fly on to Lisbon to explore the country’s capital and end this trip in style.

Time now to check in with you and review some of the things I’ve learned about Portugal so far.

1) Portugal is a new favorite country of mine

I really wasn’t sure how I’d actually like the country even though I committed myself to traveling around it for a few weeks. I didn’t know much about it nor had read any travel accounts so was just assuming it was the sleepier side of the Iberian Peninsula. How wrong I was.

There is so much going on here and it really has become one of my favorite spots in the world. It’s got so much to offer in terms of tourism – stunning national parks, incredibly sexy beaches, lovely old towns and cities, a rich history, amazing food, GREAT wine. Not to mention it’s extremely easy to get around and cheap. I could easily see myself spending an extended period of time here somewhere down the line.

A lot of people in Portugal speak English and they speak it well. This is has made it so much easier to get around and has also allowed for me to gain more insight into the place and culture. I’ve had great conversations with lots of random people which is one of my all time favorite things to do. Hotel/hostel employees, waiters, taxi drivers, fellow pedestrians…people here like to chat and I’m way into it.

This is an understatement; Portuguese people are some of the friendliest I’ve met and they seriously go above and beyond when it comes to hospitality. I’ve made some super cool buddies in the most unlikeliest of places and have really felt safe and taken care of the entire time. Plus, they like to party and have fun – my kind of people!

Beautiful and rugged. Don’t have to explain this one too much, the photos speak for themselves.

It’s all about cod here in Portugal – fried, baked, smoked, you name it. I’ve heard mixed reports but basically there are anywhere from 100 to 1000 ways in which they prepare it. My personal favorites so far? Gomes de sa bacalhau (salt cod, onions and potatoes).

6) Portugal reminds me a little of Eastern Europe

I know, random. But aesthetically speaking, a lot of cities in Portugal have this shabby chic vibe that I love so much about Eastern cities like Odessa and Sarajevo with beautifully restored buildings and dilapidated old mansions or palaces sitting right next to each other. Its worn yet regal exterior screams character and is a constant reminder that this country was at one time one of the most powerful empires in the world.

It may not be Ukraine or Moldova cheap, but Portugal is definitely the cheapest Western European country that I’ve been in. You can get some pretty decent meals for under 5 euros if you look and going out for drinks (good ones) will not break the bank like it would in oh, say, Sweden. Accommodation is also reasonable; from personal experience I know hostels range from 12-20 euros/night.

8) The Portuguese language is beautiful

Maybe Portugal reminds me a little of Eastern Europe because it also sounds like Eastern Europe – specifically Poland, Ukraine or Russia. Similar to languages in those countries, Portuguese is rich in sounds. If I had polyglot skills, I’d totally learn it and just talk to myself everyday as a present for my ears.

9) Its natural beauty will blow your mind

Earlier on in the month I was fortunate enough to be a guest of the Portugal Tourism Board on a press trip up to Braga, Guimarães, and Peneda-Gerês National Park in the northern part of the country. What I saw there I was not expecting and again, I’ll let the photos speak for themselves.

A hike through Peneda-Gerês National Park

10) Portugal has the best hostels in the world

On any given top hostel list you will always find quite a few Portuguese properties and it’s for good reason. They have pretty much nailed the concept of “luxury hostel” and I was fortunate enough to have been introduced to one of the best while I was in Porto.

The Gallery Hostel in Oporto is not only beautiful and innovative in its design and presentation, but the people working there were some of the coolest I’ve met at a hostel or hotel, ever. It’s housed in a restored 18th century villa in a great part of town and regularly hosts in-house art exhibitions of local artists. There was a pretty cool urban ruin one on display while I was staying.

Downstairs it has a cozy bar/lounge and even cozier kitchen that pumps out delicious breakfast spreads in the morning and amazing themed dinners in the evening (they cost only 10 euros and that includes wine!). It’s a quite intimate affair and can’t think of any other hostel I’ve stayed at where I’ve felt such a sense of community in such a short amount of time.

By the way, did I mention they’ve got karaoke on offer in the cinema/game room? Like icing on cake, I say.

Taking all suggestions for things to see and do in Madeira and Lisbon. Don’t forget to join my trip on Instagram and Twitter by following the hashtag #BlondeGypsyPortugal!

On My European To Do List...Corsica

Larissa Olenicoff is a storyteller, photographer, and Master of Europe (with an M.A in European Studies) who splits her time between the Balkans and California writing about undiscovered and underrated destinations around the world.

Translate into your language