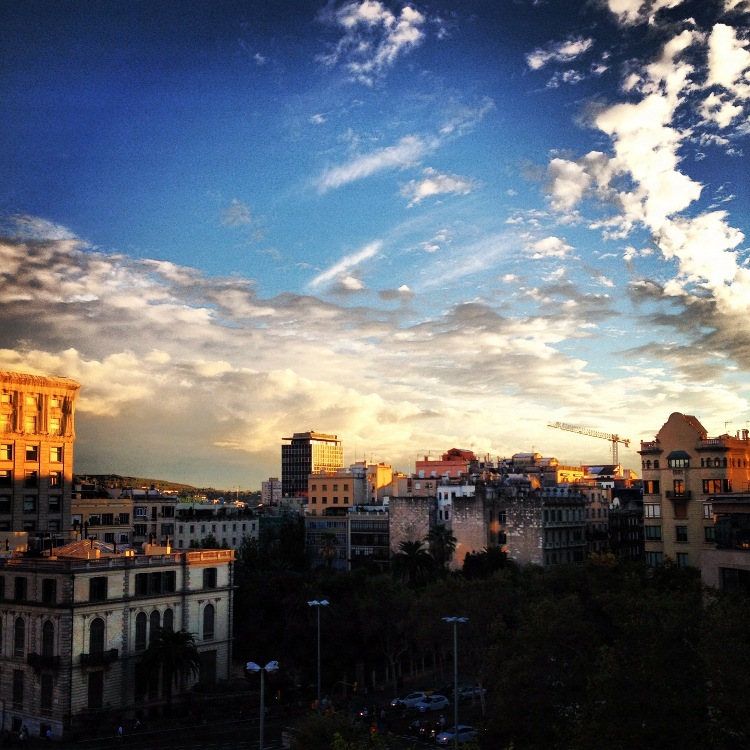 Making Peace with Barcelona at One of Europe’s Best Hostels

It’s lame to let one bad experience turn you off to a place but I have to admit, that’s exactly what it did. After getting all my money stolen in Barcelona the first time around, I was dreading going back a week later in order to catch my flight to Lisbon. I thought about staying somewhere in Costa Brava on my last night in Spain, but Barcelona won simply because it would be less stressful getting to the airport the following day.

One of my main concerns was finding an acceptable place to stay. I had also been scarred a bit by my hostelling experience there the week before at Equity Point and couldn’t imagine putting myself in a similar situation again. Prison style dorms rooms and knowing what it might have felt like to sleep on Alcatraz (with horrid breakfast and non-functioning wifi, I might add) might be cool for some people, but not me at that point. I needed comfort, a safe haven to retreat. If I had the budget I totally would have booked myself into the sexy W Hotel in Barceloneta or rented an apartment on Las Ramblas to ease my weary mind. But I couldn’t.

Unsure of what I should do, I called on my pal Ka$h Money, The Budget Traveller, for some advice (as I do). Kash is currently in the midst of a really awesome luxury hostel tour around Europe so I knew he would have a solution to my problem.

“You HAVE TO stay at Casa Gracia,” was how he instantly responded to my cry for help. Casa Gracia is not only Kash’s favorite hostel in Spain, it’s also one of his favorite hostels in the world and upon my arrival I could clearly see why.

When I first walked in I was a bit worried – like oops, did I accidentally just enter someone’s dope apartment/funky Spanish mansion uninvited? I mean, a hostel looking like this in one of the nicest parts of town? Unheard of where I come from.

Casa Gracia is a shining example of this new breed of hostels moving in that are essentially communal boutique hotels. They are not by any means the cheapest hostel options in town (beds starting at $40/night), but they do provide you with some luxury for a fraction of the cost of a hotel with the same standards. Totally perfect for the poor(er) but sexy kind.

I had the opportunity to chat over a mojito in the common room (it was Mojito Night) with Alex, the man behind the guest relations magic, to learn more about what sets this hostel apart from the masses. Clearly we didn’t need to discuss aesthetics or quality of accommodation, that is a given, but we did talk about what else they had to offer in terms of social activities. Already in place are several themed cooking and cocktail nights, occasional concerts, movie nights, and this is only the beginning. Future plans include wine tasting excursions, flamenco workshops, and the inclusion of a sort of conference center on the ground floor for school or group tours. Renovations for this are set to start at the end of the year.

Overall, their main goal is to not only provide their guests with high-quality accommodation, but to also give them an unforgettable experience – the kind that you really can’t put a price on in the end and what you most certainly would not find at a hotel.

The hostel is located at the top of Passeig de Gracia, just 5 minutes from Gaudi’s La Pedrera and Casa Batlló, and 15 minutes from La Sagrada Familia, so the perfect area to spend my final hours. Not having much time or money to venture far, it was cool to just be able to go for a walk to the pharmacy and pass some of the most famous landmarks in the city.

The Casa Gracia Experience was indeed the perfect cure for the disdain I had felt towards Barcelona after having my money and credit cards stolen. Of course I would have gotten over it eventually, these things happen, but staying in complete comfort in such a great part of town gave me the chance to make peace with the city and actually left me feeling like I didn’t want to go. It may have its problems with pickpockets and mean-spirited gypsies, yes, but it’s far too impressive of a place for anyone to stay mad at for too long…

A very special “thank you” to Casa Gracia for hosting me for my last night in Spain and renewing my faith in Barcelona as one of the greatest and sexiest cities in Europe.