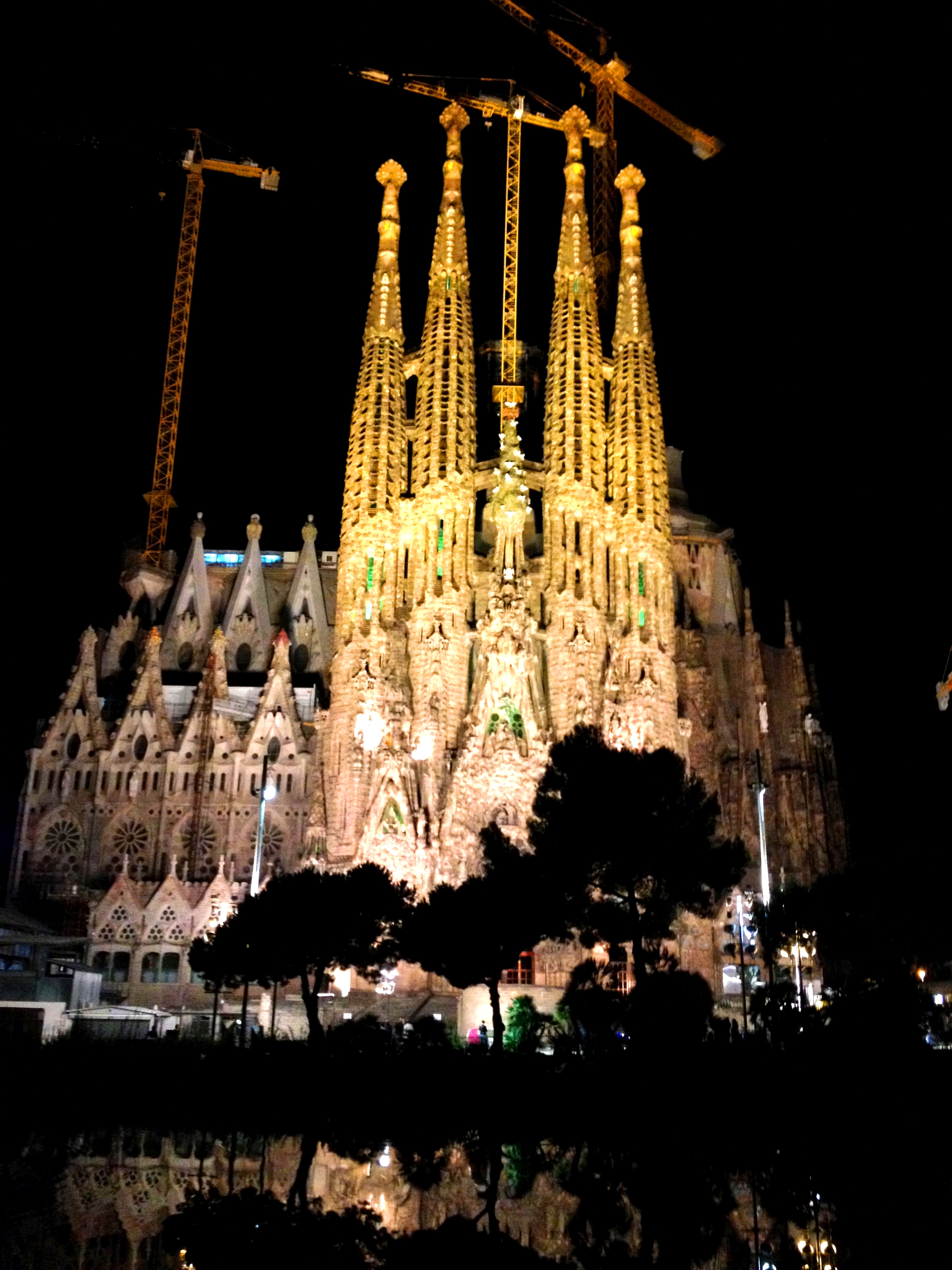 I know I already told you Barcelona and I made up, but I feel like I need to say a bit more because I like that city a lot. I really do. In fact, Barcelona is one of the cities that originally got me hooked on Europe some twelve odd years ago. It was a Mediterranean road trip with the fam and a place I was finally able to put all those years of high school Spanish to use. Obviously that didn’t work out considering most people speak Catalan there, but I still grew quite fond of the place and all these years later I still like it for a lot of the same reasons.

The first thing I ever want to do once I get to Barcelona is grab a pitcher of sangria and feast on some bomb paella. It makes me feel as if I’ve arrived.

Another new favorite thing to do while in Barcelona is eat tapas. I know it’s not the best place in the country for them but I found this awesome spot the last time I was there called Bilbao Berria. It has the cutest little plates you ever did see at a reasonable price and they are tasty. If you are in Barcelona, please eat there.

I know, I know – Las Ramblas is a total tourist trap, snake pit, whatever you want to call it. BUT, if you are a fan of people watching like I am, then this is the spot. You can witness all kinds of human spectacles here that range from cute to disturbing.

That is a man in there, a strange one

In and around Las Ramblas there are also tons of good Barcelona apartments, hotels, and hostels which is why I couldn’t avoid it even if I wanted to. It’s usually where I end up staying (except this last time) so in that regard the moment I step foot on it, I feel Barcelonified.

Barcelona is FULL of incredible architecture. The Gothic Quarter is one of my favorite areas to look at and of course everything Gaudi. Can you believe I have been in Barcelona four times and have yet to see Parc Güell? Big fail as I know I would love it.

Some people may find Antonio Gaudi’s work gaudy, but I think it’s awesome. Have you ever seen anything else like it? I have not and though I’m not a connoisseur of architecture by any means, I like people who are original and go their own way. Like Fleetwood Mac.

Trying to think off of the top of my head in what other major European city you have a sexy beach at your disposal, but I cannot.

5) Its close proximity to Girona

Alright so this isn’t technically “in Barcelona”, but I have to mention it because I really liked Girona when I was there for the TBEX conference. Girona is just a little over an hour from Barcelona making it super easy to spend time in both cities regardless of which airport you fly into. So close, yet so different.

Have you been to Barcelona? What are some of your favorite things that I missed?

Making Peace with Barcelona at One of Europe’s Best Hostels