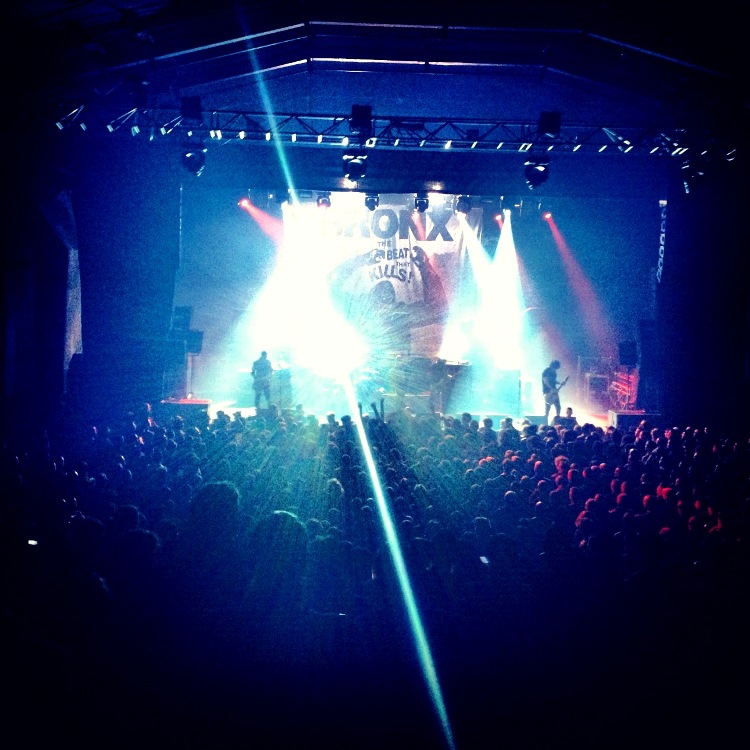 One of my favorite spectacles during Fête des lumières had nothing to do with the 70+ fancy light installations scattered throughout Lyon last week. No, it was actually found at one of the city’s coolest live music venues called Le Transbordeur that is about 20 minutes outside the center on the edge of Parc de la Tête d’Or. I had the pleasure of witnessing two awesome bands rock Lyon’s face off and actually decided to record a bit of it to share with you.

Ladies and gentlemen, allow me to once again introduce you to The Bronx, a talented hardcore punk band that was born in the same part of the world that I was – Los Angeles, California.

The next band perhaps needs no introduction. Or maybe they do. Here are The Hives from Sweden performing their wildly popular hit “Hate to Say I Told You So”, alright? I loved their attire and the fact that they dressed their stage tech up as a ninja.

What a sweet way to start off my #inRhoneAlpes tour, huh? More on that coming soon but in the meantime make sure you get involved with the music and/or live shows of The Bronx and The Hives if you haven’t already. They’re great.

Songs to Rock While Traveling the World – Volume 1