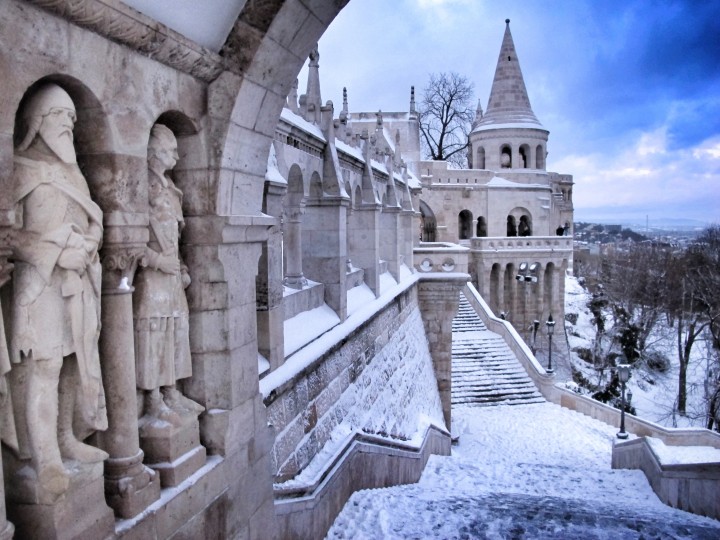 Larissa here. Hope you all had joyous celebrations Monday night and are already hustling hard and thinking big in terms of what you want out of 2013. I’ll leave the pep talks to Robert but will just add that believing in your ability to actually achieve the goals that you set for yourself is also important in all this because if you aren’t on your own team, then whose team are you on? I sound like Dr. Phil.

The reason I bring this up is because I’m about to summarize all that I’ve done in 2012 and it would be seriously silly to go any further without acknowledging the role SHABL has played throughout. I remember a little over a year ago when Rob first asked me if I wanted to write a Solo Female column that I didn’t want to do it. I don’t know why but I was super intimidated, not confident in my writing and worried I’d ruin his blog or something because I didn’t know what I was doing. Really glad I said yes instead of no as it was totally the pull I needed to get my own blog out of its standstill and set this Blonde Gypsy freight train in motion. Can hardly believe how far it’s come – if Tumblr could only see me now.

Looking back on 2012, it seems like an impossible feat to try and pick just 12 favorite things from it so instead I’ve made a quasi calendar as a tribute to some of the sexy places I’ve spent time this year.

The year started slow, dark and cold in Malmö, Sweden. Like so cold I hardly left the house for an entire month except for this day and one other night when I went to see my friends The Sounds play the first show of their European tour.

Good thing January had been slow or else I might not have been able to handle all the craziness of February. That’s when I decided to fly to Central Europe to see for myself how some of its most popular cities fared during winter and also seek out some of the region’s best boutique hotels. Budapest, Vienna, Bratislava and Prague were all on the agenda – Budapest being the one that surprised me most and also where I was able to catch another great Sounds showing.

Things slowed down once again by March but at least the weather was better. Maybe that’s why I decided to spend more time in Copenhagen than ever before which is just 20 minutes across the bridge from where I live in Malmö.

April was all about America. I flew back for nearly six weeks to attend a bachelorette party in Palm Springs and find out if Greyhound buses were really as shady as people make them out to be on a trip up to San Fran.

On my way back to Europe from California I thought I would get more creative than I had in January with that layover in New York which afforded me a few hours of hang time with friends. Instead of stopping just once on my way back to Copenhagen, I decided to go for twice which meant several hours in South Beach and several days here – the City of Light.

By June things were getting pretty busy on the school front which kept me grounded in Sweden the entire month. Not that I was complaining about since June is probably THE month to be in Sweden. Was able to celebrate Midsummer for my second year in a row and this time out in a little picturesque place in the sticks called Grötsjön.

July was more crazy times in Poland. It was a very spontaneous trip so imagine my delight when I stumbled upon a spectacular Eurocup celebration in Warsaw. After partaking in that I headed north to check out the Tricity area (Gdansk, Sopot and Gdynia) for the first time and get into a serious altercation with some security guards at the Heineken Open’er Festival.

August was the month I completed and defended my Master thesis which was perhaps my greatest accomplishment in all of 2012. Moment of silence for that, please.

September was probably my busiest month of travel. Once I handed in that thesis, I was off and running to Cognac, France and beyond for my first press trip. The rest of the month was a Portuguese-Spanish blur as I jetted around the Iberian Peninsula for a couple conferences and cool little campaign I did with Skyscanner.

Just when I thought I was getting over the idea of constant travel, Madeira came through and saved me like a knight in shining armor. The Portuguese island not only renewed my faith in being a gypsy, it also stole my heart. Between spending lots of time there, lovely Lisbon, and the Algarve, Portugal has become one of my new favorite places in the entire world.

SURPRISE. I was in Skopje, Macedonia! I’ve have not mentioned one thing about it on here yet but November saw me through a pretty intense trip around three countries in the Balkans – Macedonia, Kosovo and Albania. Skopje was probably my favorite city for a lot of reasons, but one of the biggest being that I finally had the pleasure of staying at the infamous Shanti Hostel – same place Rob stayed when he was there back in 2011.

SURPRISE, again. I was in Grenoble, France! Not only did I get to witness the incredible Fête des lumières and The Hives/The Bronx rock faces off in Lyon last month, but I also had an amazing time in this gorgeous city that is considered the gateway to the Rhône-Alpes. I shall be reporting on that over on The Blonde Gypsy soon.

Seriously, if 2013 is even half as exciting as 2012, I will be an extremely happy girl. Thank you so much to everyone who has been following along, commenting, and most importantly, making me feel welcome here. I probably would have given up a while ago if it weren’t for you.

Wishing you all a wonderful year ahead – now time to get back to hustling!

Midsummer in Sweden Video || Part One