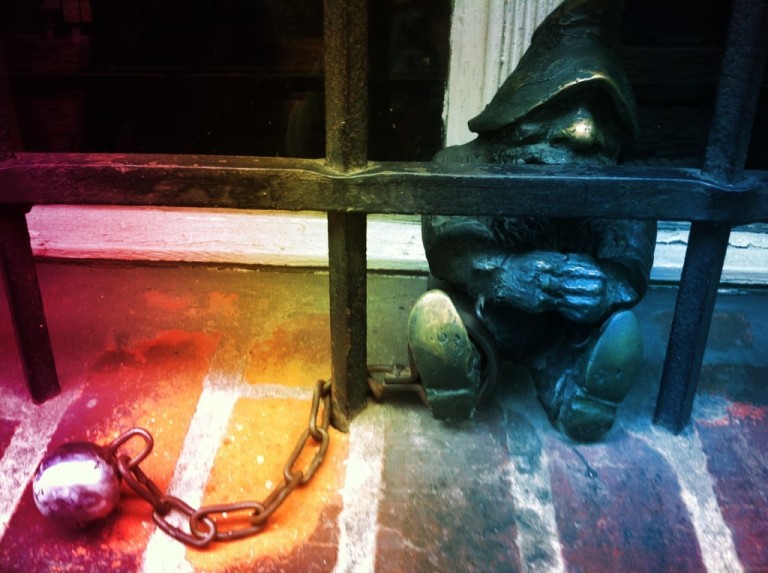 One of the best decisions I have ever made was stopping in Wrocław, Poland in the midst of making my move from Sweden to Ukraine in the summer of 2011. Not only did I make some really awesome friends there through Couchsurfing, but I also got a chance to go krasnoludki hunting.

Quite simply, it is hunting/searching for the 150+ krasnoludki/”little people”/gnomes that are scattered throughout Wrocław. If you want an elaborate story on how these little guys came into existence, you can read about it on their official site and even view them all on a map. It’s actually quite political and began in the heat of the 80s – Wrocław’s version of the Solidarity movement, in a nutshell. That is a huge generalization but so is a nutshell if you’ve ever thought about it (is it a peanut, walnut, chestnut, or pistachio shell?!)

Why don’t I just shut up about politics and nuts for now and show you what I caught {on camera} during my hunt instead.

Which one is your favorite? Mine is this last guy because he is eating a pierogie and I LOVE pierogies. I also like the third to last one because it looks like be his telling a story about…something huge.