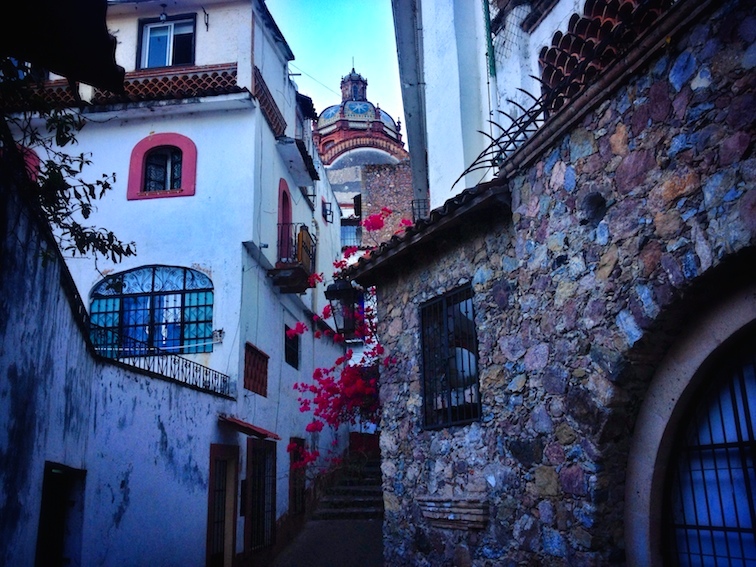 Scenes From a Day Trip to Taxco, Mexico

Taxco (pronounced TAS-co)…Pueblo Mágico, and one of my favorite days out on the quick trip that I took to Mexico City earlier this year.

Known for its silver, stunning baroque Santa Prisca Cathedral, giant Cristo (Jesus Cristo…pronounced HEY-sus Chreest-OH), and dizzying amount of VW bugs crawling around the town at any given moment, Taxco is an easy day trip from Mexico’s capital some 175km southwest. It’s also been called one of the most beautiful towns in the country and I have no doubts as to why.

For those who don’t have their own transportation or dare to brave the roads getting out of one of the most populated cities in the world, there are direct buses from Mexico City’s South Bus Station leaving about every half hour (return ticket costs approximately $20 and quite a few tour companies offering package day trip type things that they usually combine with Cuernavaca. Or if you are a lucky gypsy, such as myself, your awesome friends will offer to drive you there and show you around.

Taxco is a popular weekend trip away from Mexico City, but quite frankly, if you’re only going to see the sights, they can all be done in a day as they are pretty limited. Aside from what I’ve already mentioned, there is also a cable car you can take up to Monte Taxco Hotel and a silver museum you can visit called Casa Borda. One final thing you must do while you are in town is eat pozole, a pretty delicious soup with corn pieces, chili peppers, avocado, meat (or can remain veggie upon request), and chicharrón. If you don’t know what chicharrón is, it’s probably better.

Mexico really surprised me, in the best possible way. So much more I have to say on the topic, so much more I will say on the topic (Mexico City has become one of my favorite capitals in the world, FYI), but for now I just wanted to present a little slice of my Mexico pie and get inspired to go back and see the oh-so-much-more it has to offer. Just a little over a month now, North America…