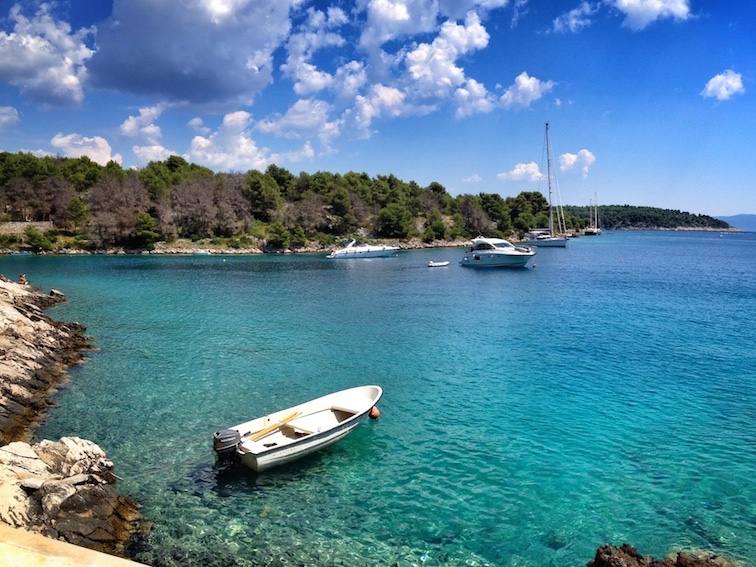 A Beginner’s Guide to the Dalmatian Coast

With over a thousand islands and 1,800 kilometers of coastline along the entire country, exploring Croatia’s Dalmatian Coast which comprises about half of it can seem a tad overwhelming upon first glance. I’ve been there, I know the struggle.

Luckily it’s all much easier (and distances closer) than it seems and with that, I’ve teamed up with Expedia.com to create somewhat of a beginner’s guide based on my personal experience for those looking to make the most out of their time in the region.

If you can make it to Split, you can make it anywhere in Dalmatia. As the region’s capital, it’s where you can find the most frequent (and fastest) ferry connections to some of Croatia’s most popular islands. Aside from being a major transport hub, it is also surrounded by history – literally – with the most visited part of town lying within the walls of Diocletian’s Palace, parts of which date back to the 3rd and 4th Century.

One of the closest islands you can see from Split is Brač. Ferries drop you off in Milna, Supetar or Bol with the latter being the more happening port and home to Zlatni Rat, or Golden Horn – one of the most unique beaches in Europe, cone-shaped and visibly changing with the tide – as well as the Blaca Monastery. Brač is also well-known for its water sport offerings and plenty of pristine coves to drop an anchor if you happen to be sailing.

No doubt Hvar is a star on the Croatian island scene – about an hour from Split. Hvar Town’s reputation proceeds itself as hotspot for the rich, famous, and sexy, but take a little road trip inland and toward the other two port towns of Jelsa or Stari Grad to see a more peaceful side of this “hedonist’s paradise”. Lavender fields, olive groves, and vineyards for days with wine-making as one of the dominant industries on the island. There is also a port on the east side of the island, Sucuraj, that will take you to Drvenik on the mainland – good tip to know for anyone who finds themselves stranded in Hvar due to overbooked ferries which is not unheard of in the summer months so book ahead whenever you can.

Just off the coast of Hvar and only accessible by boat or water taxi are the wild Pakleni Islands. Uninhabited save for a few spots on Sveti Klement, it’s a great place to explore for a few hours with more secluded beaches and coves than you can find around Hvar Town. Palmižana has the only marina on the islands and for sure the sexiest spot for day drinking.

For a more rugged island vibe, Vis is a great choice for those looking for less glamour and more authenticity. As the furthest island out, Vis was a Yugoslav naval base until 1989 so largely untouched by tourists for over forty years and has some of the most unspoiled nature of all the inhabited islands. Ferries can take 1.5-2.5 hours from Split depending on the season and 55 minutes from Hvar.

Back on the mainland is Makarska and its 60 kilometer riviera. Though more popular amongst families and tourists who enjoy crowded resorts, it has one of the best strips of beach on the Croatian coast and also makes an excellent base for anyone interested in exploring the nearby Biokovo Mountains.

Hands down the most visited city in Croatia, the walled old town of Dubrovnik is a legend and not to be missed, but be warned: it comes at higher prices and with much huger crowds than any other place mentioned on this list. Try to hit the beaches during the afternoon and save the sightseeing for morning or early evening if you’d like to get a taste of its magic without millions of day trippers around you. Next to Split, Dubrovnik has the next largest selection of outward ferry journeys also making it a choice location for starting or ending your exploration of the Dalmatian Coast.

Though hardly comprehensive, this guide is a good start and links to timetables invaluable for anyone surveying the different island options in southern Croatia. It will be updated as I explore further with Zadar, Korcula, and Mjilet just a few places that are next on my list. Any other suggestions?