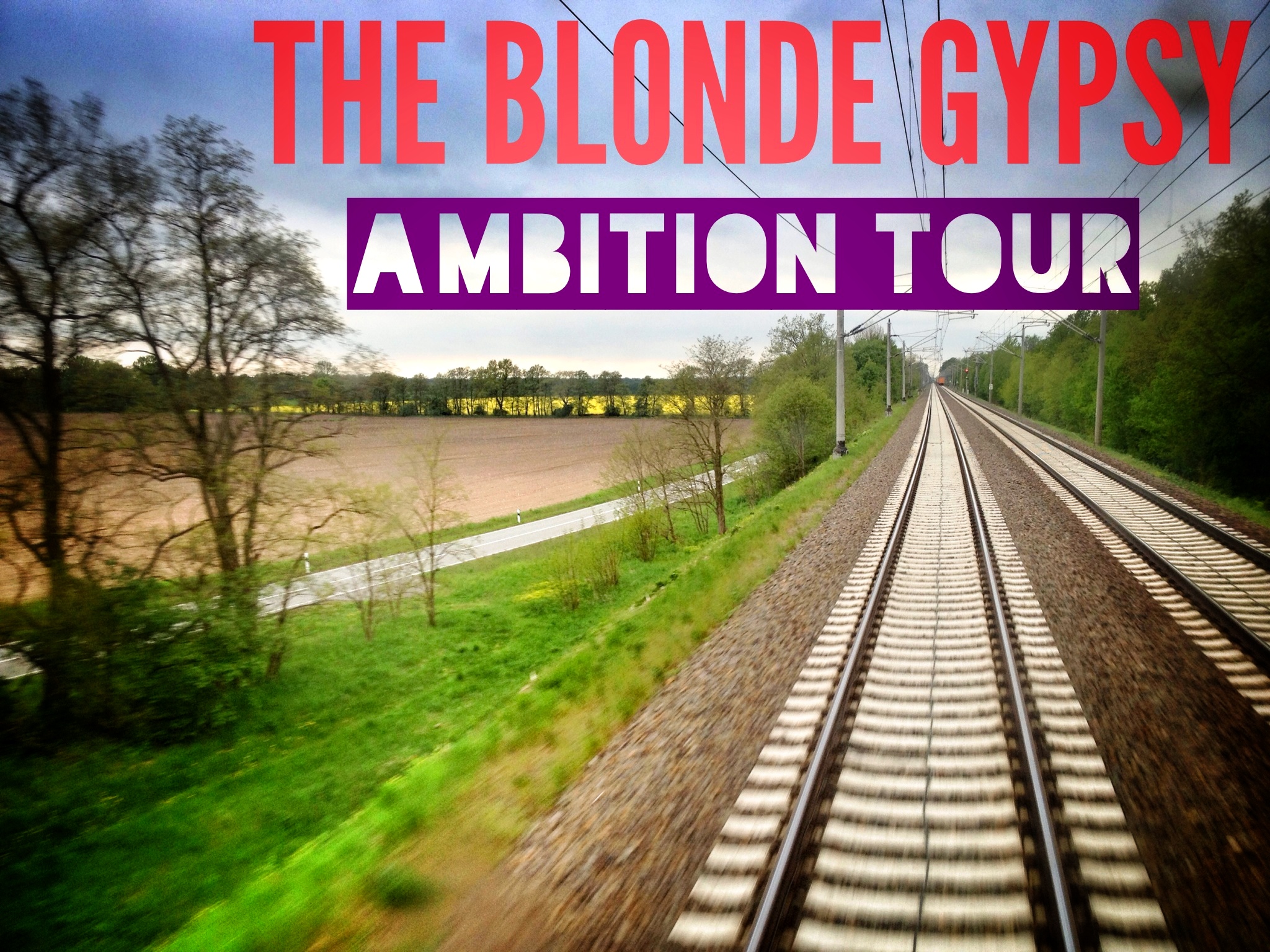 It was either go big or go home after my awesome trip through Finland so like Madonna circa 1990, I’m heading off on a huge blond(e) ambition tour of my own.

For this lil’ jaunt I’ve teamed up with Eurail.com for an ambitious solo train mission around the continent that is hopefully going to bring me pretty close to accomplishing my goal of visiting every country in Europe. I say hopefully because I seriously have no idea how this is going to pan out and thus far nothing has gone as planned. Will get to that in a sec.

Also important to mention here is that this trip is going to go incredibly fast. Whereas I usually like to take my sweet time, I will be lucky if I get more than a few hours in some places as I only have one month to make the most out of my two-month Global Pass with 15 travel days. I have a flight back to the States on June 14th – from Finland.

Given the tight timeframe, I had to set some serious parameters for this ambitious tour. For starters, I will only be attempting to hit the countries left on my European to do list that are part of the Eurail network. Belgium, Luxembourg, Northern Ireland, Slovenia, Bulgaria, Montenegro, and Greece are all potential stops, though looking at a map, not so sure all will be feasible. Especially since I just discovered my Global Pass is not valid in Montenegro or Serbia (they only offer Select passes for Serbia and not at all for Montenegro for non-Europeans) which is going to make it a little tricky trying to get to Bulgaria.

Second rule is that I am not allowed to visit any countries I have been to before unless they are at a convenient stopping, starting, or ending point when making my way between the ones mentioned above. As much as I would love to pop over to Poland for some vodka and pierogies or down to Portugal for some sexy beach time in the Algarve, it’s just not going to happen this time around. Gotta keep my eye on the prize, you know?

So I’m writing this to you right now from ROTTERDAM, HOLLAND where I am officially kicking this thing off because I missed my train connection to Brussels from Hamburg today. Must have been meant to be as I have some friends here right now who I’m happy to kick it with, but if this is any sign for what’s to come, then it’s going to be a reaaaaal interesting three weeks. In the end though, what happened today has served as an excellent reminder about what is so beautiful about rail passes – you can be as spontaneous as you want with them.

With that said, watch what happens live. I will be posting as much as many updates on my whereabouts as I can on Facebook and Instagram and would love for you to follow along. I’ll need all the moral support and encouragement that I can get and advice is also welcome if you’ve traveled to or in between any of the countries I haven’t been to yet. Wish me luck!

Cheers to Eurail.com for providing me with a complimentary Global Pass. I will be putting together some information on traveling around solo for them so feel free to leave any questions, comments or concerns on the matter that you’d like me to address.