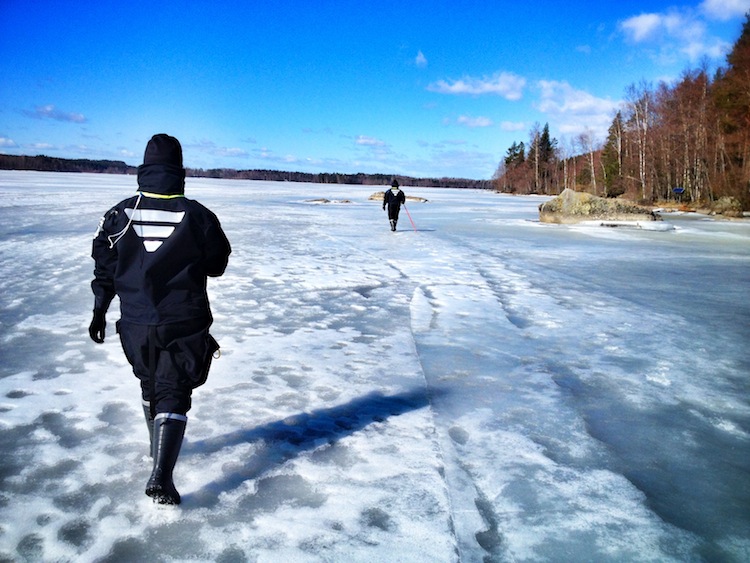 It’s been said before, but traveling, more than anything else in this world, provides you with the most well-rounded education. Whether you make a conscious decision to do so or not, you end up learning about so many different things that you might not have been that interested in before. Once you’re experiencing them in the flesh though, everything changes. Such was the case with my visit to Lakeland and Saimaa, one of Europe’s largest lakes, while on my Blonde Gypsy Finland trip.

Never having considered myself one with nature, when I saw on my itinerary that I was going to be spending a morning with a nature guide checking for Saimaa ringed seal nests I was kind of like “no idea what this is all about, but could be cool”. I got down with some reindeer is Samiland, I could get down with some seals on Lake Saimaa, too.

The night before our outing, I had stayed in one of the Lakeland’s most popular resorts, Jarvisydan in Rantasalmi which is a good 45 minute drive from Savonlinna. It is located in Linnansaari which along with Kolovesi are the two national parks in which the elusive seals mainly dwell. With that said, if you are seriously looking to spot some, this is where you need to come.

Not elusive by choice, the sad reality is that there are only 310 of these rare freshwater seals left making them one of the most endangered animals in the world, and possibly the most endangered seal in the world. Between 1882 and 1948, these little cuties had a nice-sized bounty on their heads as they were seen as a nuisance to the fishing industry. By 1980s, less than 180 remained.

Thankfully they have been legally protected by the Finnish government since 1955 which has helped revive their population and conservation efforts are still going strong. The goal is to bring the number of Saimaa ringed seals up to 400 by 2025, but in order to do so, heavy monitoring of their breeding areas by nature guides like my bud Jari is essential. Banning commercial fishing nets during the spring when their pups are born is also important and there have even been calls by the E.U. and other international protection agencies to ban fishing during that time all together.

As was predicted, we didn’t end up seeing any seals since May and June is when they like to come out and play/molt on the rocks. We didn’t even find any of their nests which they like to build in the snow and ice along the shore, just holes from ice-fishing which are very similar in appearance from the surface. Seal nests are more conical in shape though which is what you can see Jari explaining with his hands in the video below. Had we started earlier and gone further, we probably would have, but we were only out there for a couple of hours.

Some people said I was crazy for going to Lakeland in mid-April when the lakes were still frozen, but by the end of my stay there I decided that they are the ones who were actually crazy. Sure, I missed out on the usual activities of boat cruises, kayaking and swimming in and around Saimaa, but I got something else instead that a majority of tourists don’t because I chose to visit during their off-season – a crash course in the history and breeding habits of one of the most endangered animals in the world.

Education has never been this much fun.

It was a really fun and enlightening morning out there on the ice. Kiitoksia to Tanja from Visit Savonlinna and Jari from Saimaa Holiday for organizing this outing for me. Such an awesome experience..

Music in the above video is Sweet Disposition by The Temper Trap and was shot + edited entirely on my iPhone 4s.