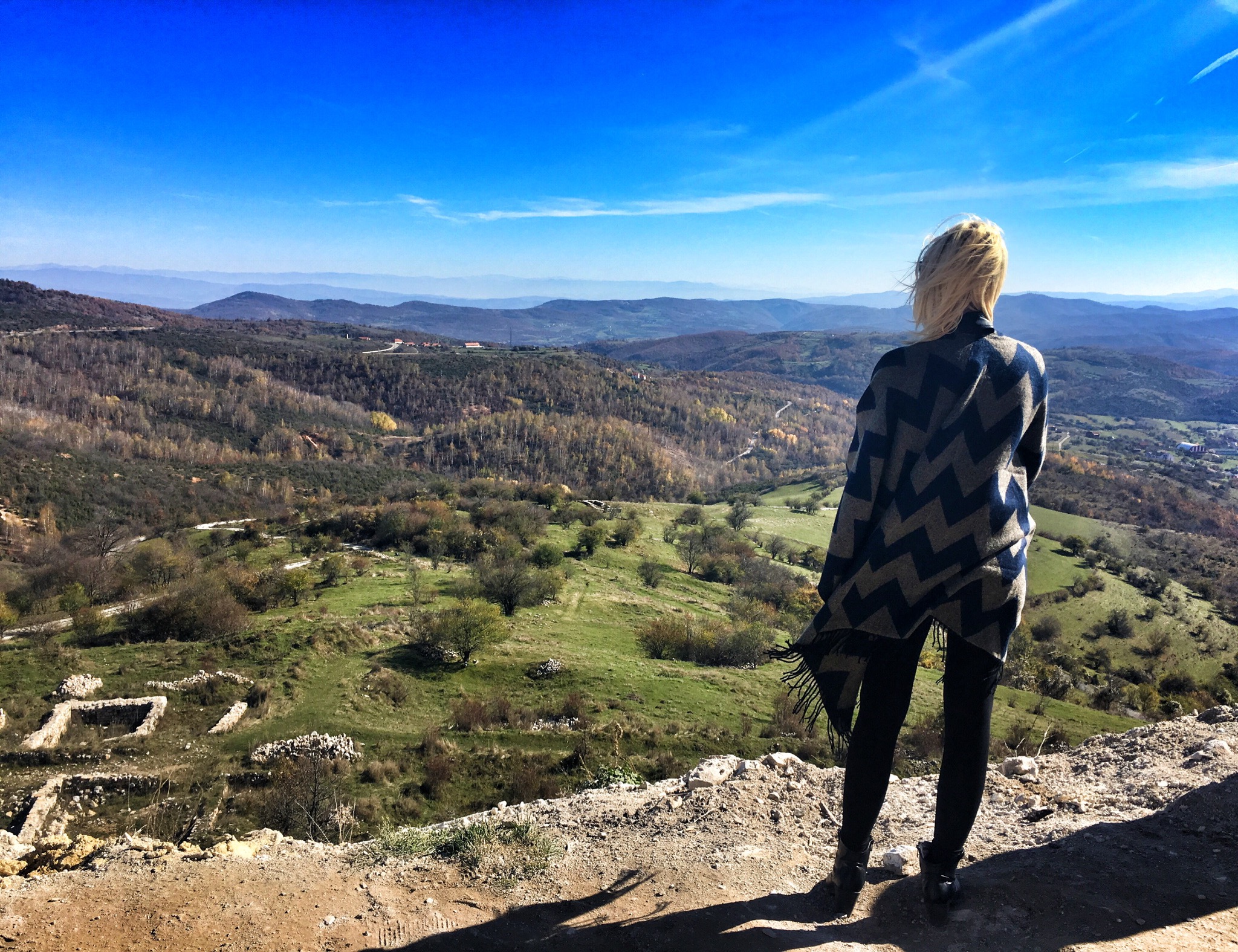 While Prishtina may be one of the most energetic capital cities in the Balkans, in terms of typical tourist attractions, you shouldn’t get your hopes up too high because you can knock most of them out in less than an hour.

This is a blessing in disguise in my opinion as Prishtina’s single best feature is its chillability and the dynamic atmosphere that you really would only expect to find in a country that is less than 10 years old. However, for the visitors who still want more, fear not – Kosova is richer in history and culture than most people realize and it only takes a short day trip outside of Prishtina to see why.

Gračanica is a small Serbian town about 10 minutes from the center of Prishtina where you can find one of the most important monasteries in Kosovo – Gračanica Monastery.

Built in the early 14th century by the Serbian King Milutin of the Nemanjić dynasty, the Church of the Assumption is a unique display of classical Byzantine architecture featuring Gothic elements and has been included in the UNESCO World Heritage List of Medieval Monuments in Kosovo. Inside are some very well preserved frescoes including a depiction of the Last Judgement and the Nemanjić family tree, which were painted between 1321-1322 by Mihailo and Evtihije, two famous artists from Thessaloniki. These days it is a functional convent so you can usually catch some of the nuns working in the garden or selling products in the gift shop near the entrance, like rakija produced from the fruit they grow.

Also found hidden in Gračanica is Kosovo’s first and only boutique hotel. Hotel Gračanica prides itself on its multi-ethnic staff (two out of the three partners are Kosovo Roma) and frequently hosts photo exhibits and interesting cultural events. It’s most alluring feature is hands down its back garden which includes a pool, an artisan mineral water fountain that has cured some guests of serious ailments, and an ice skating rink during winter.

Just down the road from Gračanica is the ancient Roman city of Ulpiana, which saw its heyday between the 2nd and 5th Century as an Episcopal seat of the Byzantine emperors. Rich in fertile land and natural resources, it grew into an extremely prosperous center of life until an earthquake largely destroyed it in 518. Rebuilt a little over a decade later by Emperor Justinian I and aptly renamed Justiniana Secunda, it never fully recovered and was eventually abandoned.

Excavation works started back in 1954 by the Museum of Kosovo, but it wasn’t until this year (2016) that it was actually turned into a proper site for the public to visit complete with signage and informational plaques. For now admission remains free but this may change with further expansion.

About 10 minutes away from Gračanica, heading south towards Gjilan, is a special place unique to the Balkan region and a world away from the concrete conglomerate of Kosovo’s capital – the Bear Sanctuary Prishtina.

In 2010 Kosovo did a great deed by officially banning the private keeping of brown bears, which was mostly prevalent amongst restaurants looking for some extra entertainment for their guests. The municipality of Prishtina then offered free of charge 16 hectares of woodland that backs up to Germia Park right by Badovc Lake and by 2014, thirteen bears were successfully moved in there to live and to love. This past spring saw its further expansion with enlarged enclosures with further plans to build new enclosures and an animal welfare and conservation education center. Now there are around 16 bears residing in the Bear Sanctuary, including three that were recently rescued from neighboring Albania.

The park is a lovely place to spend some time whether you are interested in checking out the bears or not and it is right next to Badovc Lake which is equally deserving of a trip out from Prishtina.

The southernmost point of interest you can easily squeeze in on a big day out from Prishtina is to Novo Brdo, about 40 minutes from Prishtina along the same road to Gjilan.

Though relatively unknown and under-visited (even by Kosovars), Novo Brdo was a super prosperous mining town during the Middle Ages with a population of over 40,000 during its prime in the 15th and 16th century. Miners from as far as Germany (the Saxons) and Dubrovnik all made their way to Kosovo to try and tap in on the silver deposits that were apparently producing up to 935kg of silver annually. Though not much remains of it now, its fortress, which was built in the 13th century, still stands proud and the views from the top of the surrounding rolling hills some of the most beautiful you can find in Kosovo.

Having first visited in 2014 when the site was more or less untouched, I have to say the structure itself is almost unrecognizable these days due to a joint EU/UNESCO “revitalization” project that kicked off in the same year. While it’s well on its way to “Kardashian castle” status, it’s hopefully also well on its way to attracting more visitors with plans for easier access and more information on site about its historical significance to the region.

While there is plenty to keep you busy in Prishtina for a couple of days, it can be great to get out for a bit to explore some of Kosovo’s real touristic treasures. Everything mentioned above can be easily seen in one day, or even a half-day if you move fast, and will no doubt add an element to your visit that you probably were never expecting to find.

Things to Do in Gjakova, Western Kosovo (aka Gjakovar Gems)