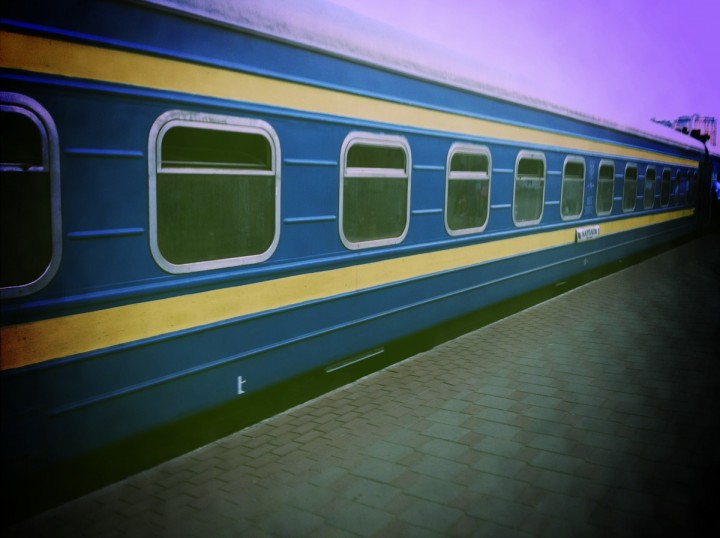 I know, strange blog post title, but trust me – this story contains all three elements.

First comes friendship. At the risk of sounding like a complete lush, I just have to say never underestimate the power of vodka for forging friendships in the unlikeliest of places. It is how I came to know three very special gentlemen called Viorel, Semion and Evgeny. In this particular instance it was in first class on the train I took from Odessa to Tiraspol. “First class” meaning the car had padded seats and a restaurant/bar.

It was a Saturday night and I was headed to a breakaway territory so I thought why not grab a drink. Viorel and Semion were the ones working at the bar that night, both from Moldova and both very interested in finding out why in God’s name was I was going to Transnistria. Long story short, one vodka turned into several (they joined me from the get go) as we chatted about everything from what it was like living in Chisinau to why I travel alone so much. Eventually the Ukrainian train conductor, Evgeny,  also joined in on our conversation and just like that we were 4 peas in a pod for the remainder of the journey. They were all pretty concerned that I would be arriving in Tiraspol late at night by myself so Semion even walked me off the train and into the station to make sure I found where I needed to register and had a safe place to wait for the Tim from Tiraspol “Hostel”.

Didn’t think I’d ever see them again but flash forward to my Monday morning train ride back and guess who I spotted walking through the train car – Evgeny! They all happened to be working again that day. Somehow I ended up in the second class car (no bar, hard seats), so as soon as he saw me he motioned for me to follow him back to first class car. There were high fives all around once I walked in and they insisted I sit in their designated area in front of the bar. “VIP” I guess you could say. Over a cup of coffee and a bomb breakfast sandwich Viorel made me on the house, I began telling them about all the things I did while in Tiraspol.

Before I knew it we were at the Ukrainian border getting our passports checked. I hadn’t even considered that something might go wrong on the Ukrainian side, but I started to get a bit worried when the border guard took my passport over to a nearby table and began punching numbers into a calculator. Fifteen minutes later he finally walks back to me and says, “You have to go back to Chisinau.” Apparently I had done a bit of miscalculating on the amount of time I had been in Ukraine and was just a hair over the 90 days I was allowed to be there without a visa…whoops.

The thing is, I tried to get a visa. I really did. I had a legit job in Odessa and my boss was willing to help but the bureaucratic nightmare we would have had to go through just to get me an extra month and a half in the country was simply not worth it. Instead we thought frequent trips out of the country (aka”border runs”) would be the best solution. Could be heaven for anyone with itchy feet, but I very quickly learned it could turn into hell if you don’t count the dates right.

Of course I began to panic when I realized that my negotiating skills in Russian were just not cutting it and that I had a real problem on my hands. Again I was told to gather my belongings and get off the train. I glanced over at my train buddies with tears starting to well up and a look of “I am SO screwed” in my eyes.

This is when Evgeny stepped in. Seeing as he was Ukrainian, I suppose he knew he could have a say in this if he wanted so he took the border guard into his back room and came out 10 minutes later saying, “The guard said you can go back to Odessa if you pay him $40. Can you do this?” I desperately nodded YES and was then taken back to the room where the guard started scolding me again about overstaying my formal welcome. “It’s my fault, I know, I’m sorry…,” I said as I handed him the $40.

With that there was a stamp entered into my passport and then a firm handshake. “Be well,” he said to me and walked out of the room and off the train.

This story may seem kind of random and out of the blue but I thought now would be a good time to tell it since a lot of people are headed to Ukraine for the Euro 2012. Corruption and bribery is not a joke, it is unfortunately happening there everyday. By no means am I trying to scare anyone off from going; in fact I encourage everyone to visit because I love Ukraine so much, it is a great country. Just don’t do anything stupid, mind your manners, and obey the law because you can very easily find yourself in the hands of greedy police. I messed up and I had to pay the price. Who knows where I would have ended up or how much more I would have had to pay if Evgeny didn’t have my back. A friend in need is a friend indeed and it just goes to show you never know how much someone is going to affect your life the moment they walk into it.

Midsummer in Sweden Video || Part One