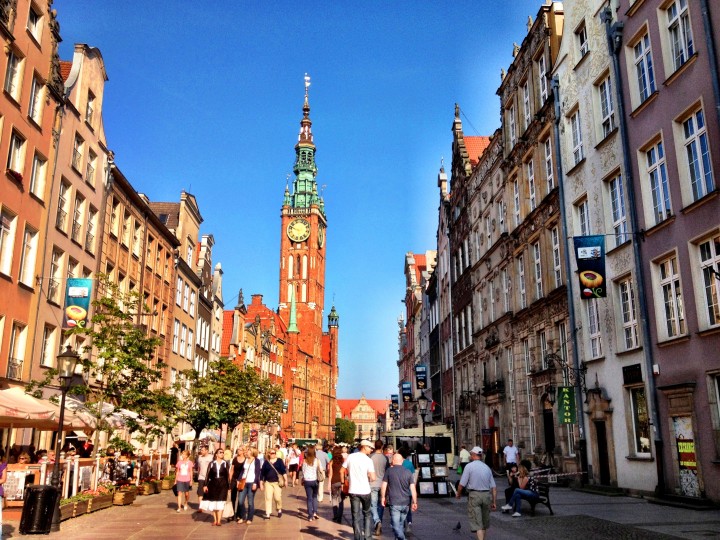 Long time no talk. Last time I wrote you I was in Warsaw, Poland getting ready to head up to Gdynia for the Heineken Open’er Festival and without a plane ticket back to Sweden. I ended up staying in the Tricity area (Gdansk, Gdynia, Sopot) for seven days and eventually made my way back home to Malmö, but not without a quick stop in Stockholm first. Huge thanks to the wonderful people at Wizz Air for helping this gypsy home!

So much happened during that time which I will slowly but surely be recapping on The Blonde Gypsy, but for all intents and SHABL purposes, I wanted to present you with a mini photo essay of my last week in Poland so here we go:

Leaving Warsaw, I knew I was headed for some fun considering every person who was boarding the bus to Gdansk seemed to be heading to the festival. If you are traveling between Warsaw and Gdansk, I highly recommend doing so by bus rather than train. Much more comfortable (read: wifi & free snacks) and often cheaper.

Once I arrived in Gdansk, I headed straight to Gdynia to meet up with fellow Couchsurfer Ania who agreed to host me for a couple of nights during the festival. A couple of nights of letting me crash ended up turning into seven nights and me almost permanently moving in. She lived with her lovely parents in a lovely house out in the peaceful suburbs of Gdynia. We instantly connected, all of us, and to be honest this was one of the hardest times I’ve had saying a Couchsurfing “goodbye”.

Gdynia is the least visited of Tricity – it’s a place people live and work, not so much in the way of sightseeing. Its biggest draw is probably the Heineken Open’er Festival that has been taking place there every year since I believe 2003.

That brings me to the festival. I predicted it would be wild and BELIEVE ME, it was. The whole experience was pretty awesome minus that night I got robbed. There were lots of highlights but at the top of that list were watching Gogol Bordello, Justice and Public Enemy. I ran into some friends from Odessa who were camping for all 4 days. That was fun and also made me appreciate my living situation while there 1,000 times more. Maybe I am boring but really not sure I’d last more than a night in such conditions.

One day I went over to check out Gdynia’s sisters, Sopot and Gdansk. Sopot is right next to Gdynia so was naturally my first stop. It’s supposed to be the most fun of the three but as I was there during the day, I didn’t really hit the bar scene. The beaches were great though. Kind of had an Odessa vibe to it but not as lively.

From Sopot I took the train over to Gdansk. Gdansk was by far the belle of the Tricity Ball. There is some really beautiful Hanseatic architecture there, lots of cute cafes, the most sights to see. I could have spent more time there but truthfully I just wanted to get back to my family in Gdynia.

The remaining time I had there was spent just chilling out at my Polish parents’ house. I could have explored Sopot and Gdansk a bit more but in the end this trip turned out to be much more about the people I was with than sightseeing. On one of my last days there they took me out for a day at the beach in Mechelinki for some sailing and volleyball. It’s a small village on the Baltic Sea that I would have never seen if I weren’t hanging with locals.

So that was how I spent my last week in Poland. Hope you enjoyed the summary. More in-depth coverage will be up soon on my blog but in the meantime it would be so awesome if you would “like” The Blonde Gypsy’s new Facebook page  – she’s new to that whole scene and therefore needs all the love she can get. Dziekuje!

Party in Transnistria? Why yes, I did...