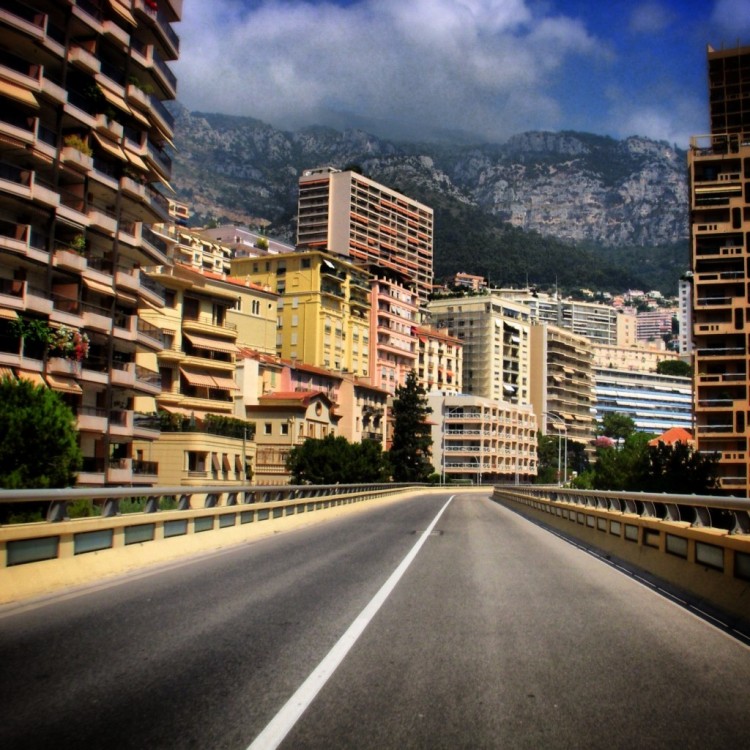 Monaco is a peculiar little principality on the Mediterranean that I’ve had the pleasure of visiting on three separate occasions. Twice I went in on day trips from France and once for an entire weekend with a friend whose parents  have a pretty sweet flat in the center. As if there is a center, the whole thing is “in the center”. It’s an undeniably sexy place but a lot of people assume this sexiness has to come at a premium price. Not the case. Here are some things you can do if you are broke but still eager to enjoy this part of the world in style.

Let’s be honest with ourselves – no poor but sexy person can afford any sort of accommodation within the city limits of Monaco unless they are on someone else’s dime (see below). Just 20 kilometers away though is Nice where you’ve got plenty of hostel, budget hotel, and apartment rental options. Trains from Nice to Monaco only take 20 minutes and cost around €7 one-way. Bus 100 leaves every 15 minutes from Gare Routière in Nice; takes a bit longer but it only costs €1.

Make friends with a captain

So you want to hang out on a yacht while you are in Monaco but don’t have the money to charter your own. My recommendation then is for you is to become friends with a captain. A captain or any crew member with some pull working on one of the many yachts sitting in the ports of Monaco. Sailors love to party so it shouldn’t be hard to find some out at the bars. Get them liquored up enough and I guarantee at least one of them will invite people back to the yacht they are working on for an after party, possibly even a sleepover if you’re real lucky (have a friend who was very successful with that).

Beaches are sexy, especially when they are free (at least in the minds of the poor). Plage du Larvotto is the only public beach in Monaco and therefore a spot I highly recommend you hit up if you are visiting during the warm summer months. Just make sure you watch out for those menacing jellyfish – jellyfish stings are not sexy.

Walk from one end of the country to the other

Apparently it only takes 45 minutes to walk the entire width of Monaco which is roughly 0.7 square miles. How many people can say they’ve walked across an entire country? Pretty sexy accomplishment to have under one’s belt if you ask me…and it’s free.

If you strategically plan your visit on World Environment Day (June 5), you will be handsomely rewarded with free bus rides around the principality all day long. All other days it costs €2 for a single fare or €5 for an all-day pass. I have a feeling Monégasque buses are probably pretty sexy, mostly because I doubt many people use them and are therefore like brand new.

Invite yourself to a rooftop pool

This one isn’t actually tried and tested as I was invited by someone with access to the Fairmont’s facilities, but I think it’s entirely possible to lay around a sexy rooftop pool without being a hotel’s guest (or paying some ridiculous fee).

Make sure you are looking sharp, don’t act like a douche, and then just rock up. What’s the worst that can happen, they tell you to leave? For good measure you might even want to order a drink or a sexy snack like bruscetta or something. Thank god I was invited this time because I would have never gotten away with sneaking in and then ordering mozzarella sticks..

Wear white and just walk around

Ever since P. Diddy started throwing those white parties, the color has been a real hit amongst yuppies and the Mediterranean elite. That’s why if all else fails, just throw on a white dress (or some white pants if you are a dude) and roll around Monaco like you own the place. Who’s to say you don’t?