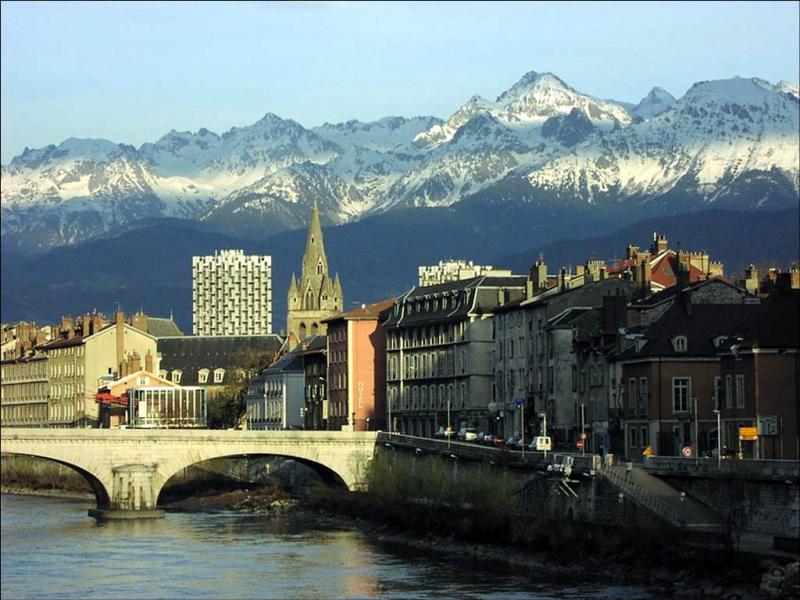 Woah, woah, woah..where did November go?! I swear it was just yesterday that I landed in Skopje, but no, it has actually been over three weeks! Time flies when you are having a wild and crazy time and while I am a bit sad to be leaving the Balkans, I’ve got some very exciting news that makes it all okay…

Yes, you may remember that I was just there three months ago conquering Cognac and seeing all the best Poitou-Charentes has to offer. This time however I will be moving east and getting familiar with Lyon and Grenoble in and around the Rhône-Alpes. Never been to either city but I’ve heard awesome things about them both and am particularly excited to see those sexy Alps again.

Located in the natural plain of the Rhône Valley, half way between the sea and the mountains, Lyon lies in the second largest metropolitan area in France. The thriving city is characterised by two very different rivers running through it – the Rhône and the Saône and two hills overlooking the metropolis. Over 2000 years of history can be discovered in the different neighbourhoods, with UNESCO sites, Roman and modern day architecture and everything in between. Considered the capital of French gastronomy, all types of cuisine are available, from the traditional Lyon ‘bouchons’ to original ‘brasseries’ or fine dining. Culture and celebration is at the heart of city life, with fascinating museums such as the Silk Museum or that of the French Resistance and of course, the Festival of Light, Lyon’s biggest and most popular celebration.

In the heart of the Alps and at the foot of three famous mountain chains, the Vercors, the Chartreuse and the Belledonne, Grenoble is steeped in over 2,000 years of history. Once hometown of famous author Stendhal, the city holds true to what he said, ‘there is a mountain at the end of every street’. Hosts to the 1968 Winter Olympics, the city has an unmistakable buzz; highlights include the Bastille Cable Car one of the first urban cable cars in the world and the Art Museum, founded in 1796. A vibrant university town, the city has a wealth of local gastronomic delights, enjoyed by its 157,000 inhabitants. Considering its proximity to the Alps, it is in fact the flattest city in France, making it an ideal walking and cycling destination.

And you know what else is sexy? Lights. Lots of them. So thank god we are getting to Lyon just in time for its world-famous Festival of Lights celebration (Fête des lumières). Check this video of it below – looks preeetty spectacular.

I’m really excited about this trip and looking forward to sharing as much of it as I can with you while it’s in progress. The hashtag to watch for on Instagram or Twitter is #inRhoneAlpes and you should be checking my Facebook page at least 100 times a day. Tell your friends to as well.

As always, would like to extend a very special thank you to Rhône-Alpes Tourisme and Magellan PRfor inviting me to come along on this press trip and creating such a cool itinerary. It’s gonna be awesome.

See you in the Rhône-Alpes!