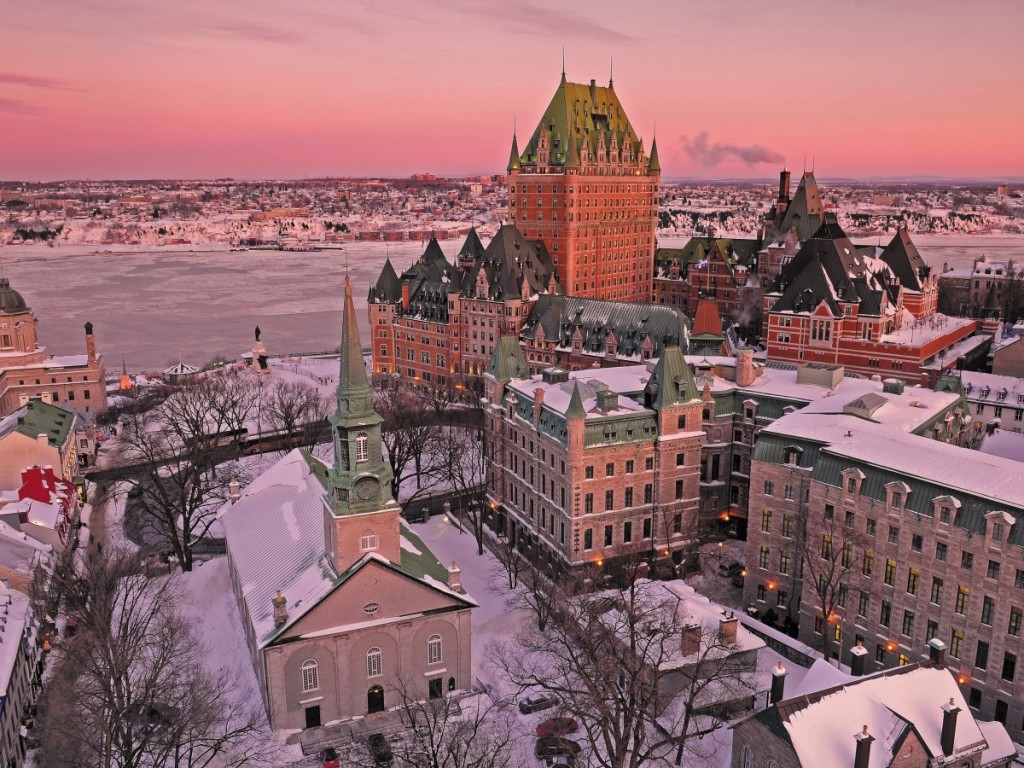 Hey, happy belated Valentine’s Day! Hope it was filled with lots of warm fuzzies in whatever shape or form, with whomever or however you are currently filling your heart.

As for myself, I had a really romantic, hassle-free day spent onboard two different Air Canada flights and going through Canadian customs in Montreal International Airport, which if you’ve ever flown Air Canada or had a connection through Montreal International Airport, you know that I am blatantly lying to you. A rough travel day was just a small price to pay though because you’ll never guess where this gypsy has landed herself this time….

Yes, as the title suggests, I am chilling in QUEBEC CITY, CANADA – literally. This is  a place I’ve wanted to visit for quite a while, but never thought I’d get around to anytime soon due to my current preoccupation with the European continent. At the same time, this preoccupation with Europe…ok, this obsession with Europe is actually the main reason Quebec has always been at the top of my list of places I’d like to see in North America once I started traveling these parts more. And if you follow me on Facebook, then you know that is one of my main travel goals for 2014, so voilà. Thanks to the amazing ways in which the world works, I’m getting it done.

Though I won’t be spending any time in Montreal on this trip, the second largest French-speaking city in the world after Paris, I will be going full force in Kebec, the province’s capital and the only fortified city north of Mexico. Even though it is absolutely freezing here (currently 16 degrees F, but “feels like 3”), this really is the most wonderful time of the year to see it as it’s one of the major winter capitals of the world with lots of celebrations and activities going on, especially in February.

#BGinQC, just made that up.

YES! I get to sleep in an ice hotel tonight. The only one of its kind on the continent. An experience like no other (unless you are reading this from an igloo). I can’t even describe how excited I am, and even more curious as this has to be one of the most unique ways one can spend a night on this planet.

The Quebec Winter Carnival is one of the largest carnivals in the world and for sure the largest winter one. Looking forward to checking out things like snow canoe races, snow baths, snow slides, snow sculptures, SNOW… and this dude whose name I don’t know, but who I’m pretty sure is related to the Pillsbury Doughboy.

Old Quebec and its surroundings

For a 400 year old city that was at one time the most important French stronghold in North America, you bet there are a ton of cool things in the way of historical sites and architecture that I’m going to see and hopefully learn a thing or two about. May also get a chance to get out to nearby Montmorency Falls which for the record is actually 30 meters higher than Niagara Falls, just not nearly as wide.

This you might find surprising, but the icing on my entire Quebec City cake is actually going to be the 55th Annual International Pee Wee Hockey Tournament that will be taking place all week. It’s basically the world championship of hockey for 11-13 year old boys.

Totally random and no, I’m not a creep. Just a very proud older cousin who gets to cheer on her younger cousin in real life and alongside some of my East Coast relatives who I don’t get to see as often as I would like. Will be a real family affair and I promise to try to pin down the little hockey star for an interview or at least an autograph while I’m in town.

Not a bad way to spend Valentine’s Day weekend, eh? Merci beaucoup to Tourisme Québec for the invitation to come explore this little pocket of France in North America – I have a feeling we’re going to get along quite well judging by how things have gone so far. Hope you are having a wonderful weekend yourself, and please, think of me the next time you look at an ice cube.