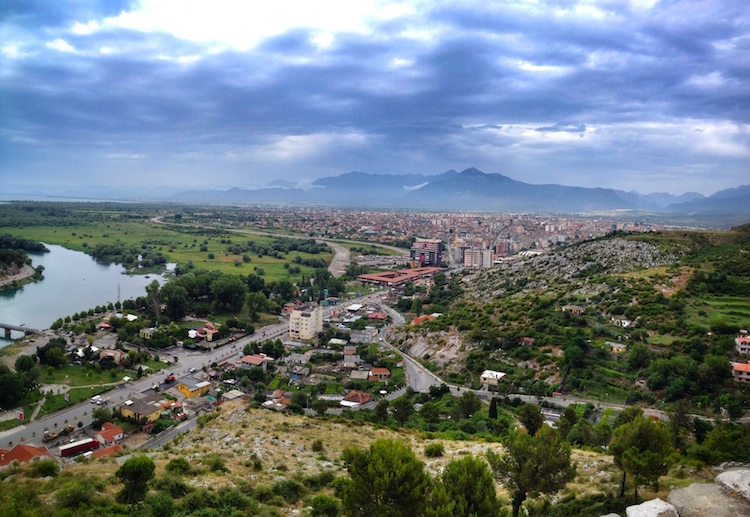 The intention was to spend a few days hiding out on the beach in Ulcinj, Montenegro and not talk to anyone. Roam around town anonymously at my own pace and just stay put after a busy-but-awesome Balkan tour I had just finished co-leading through Serbia, Bosnia & Herzegovina, and Montenegro. After meeting a couple of local guys while at breakfast on the first day though, this grand plan of mine would go straight out the window with a decision to take off on one of my most spontaneous day trips yet across the border to Shkodra (Shkodër), Albania and lead me to events that would ultimately change my life.

It all happened so randomly and so fast over an omelet and cappuccino. An entertaining and fortuitous story in itself, but let’s skip that for now and start straightaway with logistics in the event that you are interested in spending a day over in this northwestern pocket of one of the most curious countries in Europe.

Though daily buses from Ulcinj to Shkodra exist (which can be verified on the bus station’s website), I decided to take the shady route as usual with a free 40 minute ride to the border from one of the guys and then walk through passport control over to a private taxi arranged by the other guy for a total of 15 euros roundtrip. I recognize that on paper this doesn’t sound like the safest travel option – particularly for those traveling alone – and I wouldn’t recommend it to everyone, but for those with a fairly strong intuition, a history of meaningful encounters when talking to strangers abroad, and the desire for complete flexibility when exploring a new place, it can be the best option.

As was the manner in which I decided to travel to Shkodra, so was the condition of the road: highly questionable and potentially troublesome if not navigated with experience. I’m still not entirely sure if what we were driving on to get to the border was a proper street or just some backcountry shortcut, but considering Ulcinj was once part of Albania, it felt appropriate – as did the Mercedes Benz I was riding in and running into this dude with a sweet Albanian guitar aka qifteli in the first moment I stepped out of the car.

Walking through the border took a ridiculously short amount of time which was another benefit of not using public transport and before I knew it I was sitting shot gun in Mercedes #2 of the day headed straight towards Shkodra. The ride took no more than 20 minutes and the driver turned out to be another nice guy – but one who spoke no English at all. Nevertheless, I was still able to communicate with hand gestures and the clock that I’d like to be picked up three hours later in the same spot he dropped me off. My questions about the Kanun, gjakmarrja and sworn virgins (you know, just your stereotypical northern Albania topics of conversation)…well, they would have to wait until another time.

My first impression once I reached the very center of town was that of surprise. Going without doing any research and no expectations at all, I was completely amazed by Shkodra’s pleasant atmosphere and the condition of its infrastructure (far from perfect, but the best in the north for sure). Apparently it has undergone some rebuilding and revamping in the past few years, especially the Old Town, where all the façades were fresh, elegant, and predictably colorful. Albania is colorful.

Strolling down Rruga Kolë Idromeno, the main pedestrianized drag, I felt like I could be in any of Europe’s cultural capitals and began to wonder…why isn’t Shkodra one of Albania’s top tourist towns or at least more talked about? There’s hardly any good information out there on what the place is all about making it hard to discern whether it’s worth a visit so I’m not surprised that most people just quickly pass through on their way to/from Tirana or miss it all together. But allow me to take this opportunity to enlighten you – that’s what I’m here for.

First thing you need to know is that there isn’t an overwhelming amount to see in the town itself. Its title of “Cultural Capital of Albania” comes more from its rich cultural history rather than what it has to offer in the way of sights. It’s a town known for its music, literature, and ancient relics, but a town that’s also changed quite a bit in appearance through the centuries due to floods, wars, and crazy Communist dictators, so most of what you see is fairly modern.

Still, Shkodra is not only one of the oldest towns in Albania, but one of the oldest in Europe as it was founded by the Illyrians in the 3rd Century BC. Its unique geographical location made it perfectly positioned to become an important trading town in the past and its tradition of religious (and ethnic) tolerance still visibly apparent in the center with mosques, a Catholic Church, and Orthodox Cathedral all within a stone’s throw.

Shkodra’s biggest attraction, Rozafa Castle, is three kilometers from the Old Town and something you will most definitely notice on your way in if you arrive from the south. It takes about 45 minutes to walk it if you’re feeling athletic and/or interested in seeing all that’s shaking in the residential parts like I was, or you can just take a taxi.

There’s not great signage off the main road directing you up there, but you can figure it out. Just keep climbing and you’ll eventually reach the entrance. It costs about 200 lek to go inside and then you are free to wander wherever you’d like – and I mean wherever. One of the awesome things about Albania is that their castles are your castles.

Apparently there is a bar/restaurant inside, but sadly it was completely locked up on the day I was there so I cannot confirm whether it’s still in operation. I say bring your own beverages anyway as there are tons of excellent spots to enjoy them within and on top of the walls. Wish someone would have told me that before…

And speaking of walls, the legend of Rozafa Castle revolves around one of them where it’s said the wife (named Rozafa) of one of its builders was entombed alive in a deal with the devil. They allowed her to keep one breast and one foot free however so she could continue to feed and rock her newborn. Her breast milk can still be found flowing near the entrance – check it out.

Three hours in Shkodra came and went pretty quick. It’s definitely sufficient for having a short walk through town and for visiting Rozafa Castle, but when you get up to the top, you might regret not staying longer once you see the view. Five to six hours would afford you time to explore a little deeper (sadly I missed the Marubi Photo Exhibition which is supposed to be fantastic and the Historical Museum) and enjoy a tasty meal of their famous krap (lol – they mean CARP) at one of the restaurants along the Buna River or Lake Shkodra/Skadar, the largest lake in the Balkans. A few days would allow you to explore its stunning surroundings which, if you like nature, will be right up your alley with the possibility for boat rides on the lake, ferry rides down the river, birdwatching in the Buna Delta, and of course – a trip to the Accursed Mountains/Prokletije/Albanian Alps.

I went to Ulcinj, Montenegro for some straight up rest, relaxation, and anti-socialness, but thankfully life doesn’t always go to plan. Talking (and making friends) with local strangers not only inspired me to explore a part of Albania that I had always been curious about, but it also renewed my belief that in general there is more good people out there on the road than bad and unintentionally put me on a path towards an amazing new chapter in my life which I’ll be writing more about in the next month or so. For now I’ll just say Shkodra is most definitely a place I will see again soon. Very, very soon.

Are you coming with me?

Since this first visit, I’ve spent more time in Shkodra and have been so impressed by the region that I’ve decided to add it to the itinerary of the tour I will be leading through Kosovo and Albania this August. It’s going to be one extraordinary adventure, a hell of a good time, and I’d love for you to join! Seats have sold, but a few remain so get in touch via email or the contact page as soon as you can if you’d like to reserve one of them. 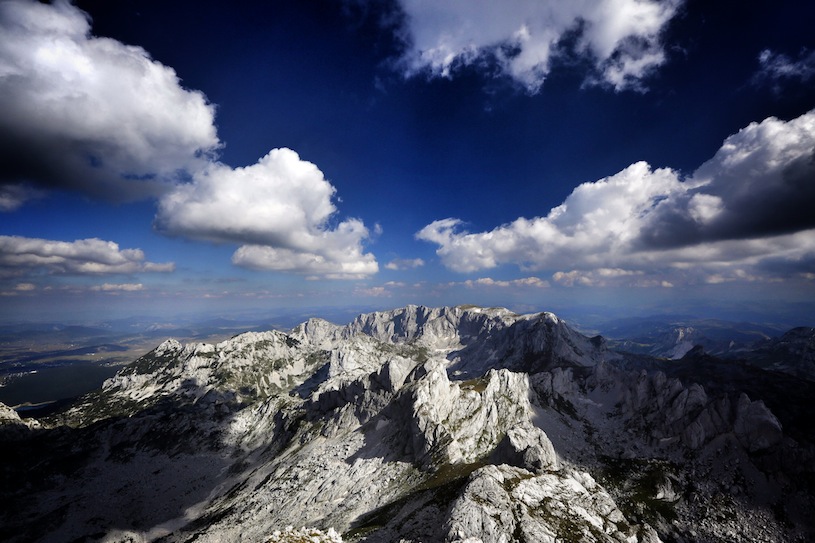 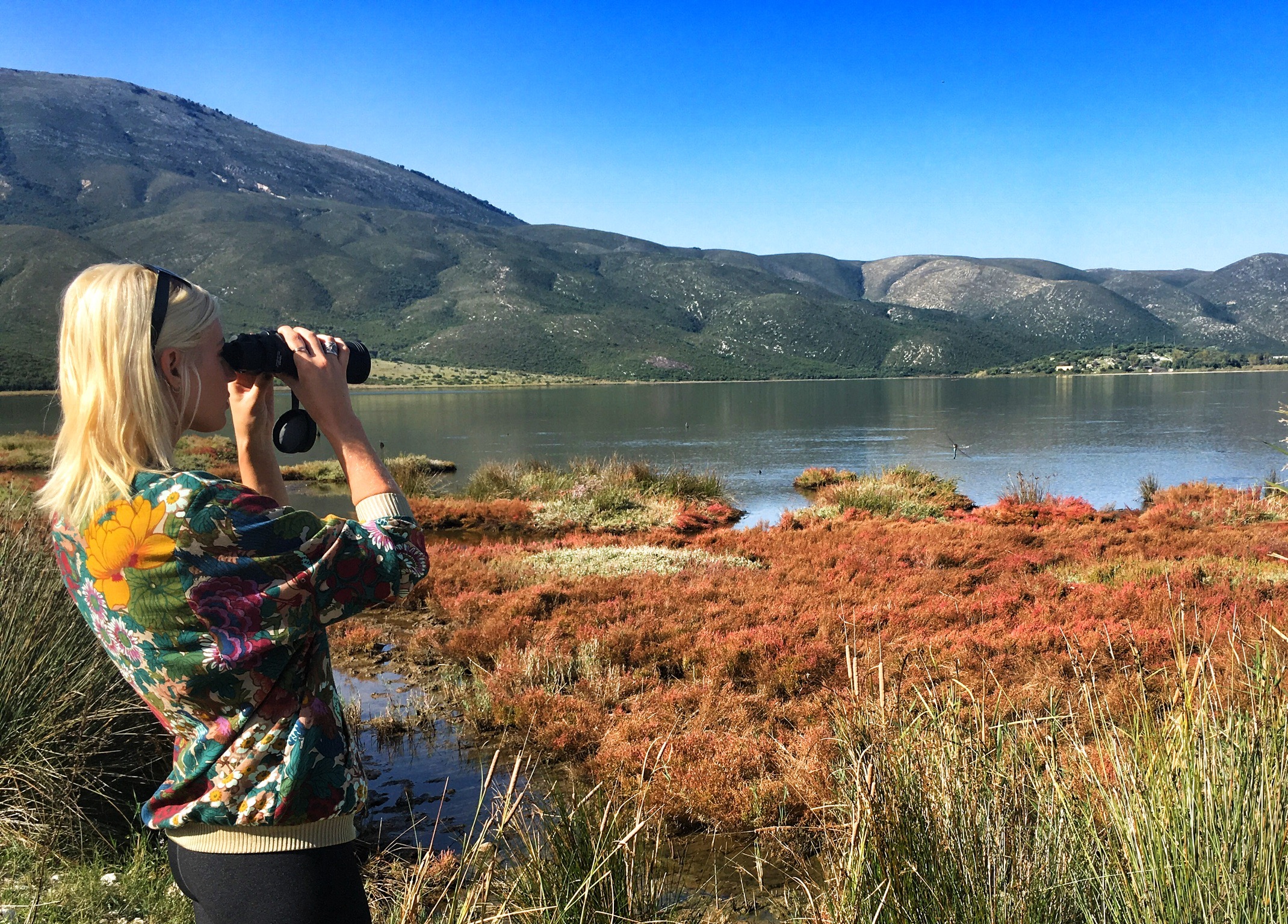 Georgia (The Country) On My Mind - And Your Next Great Adventure