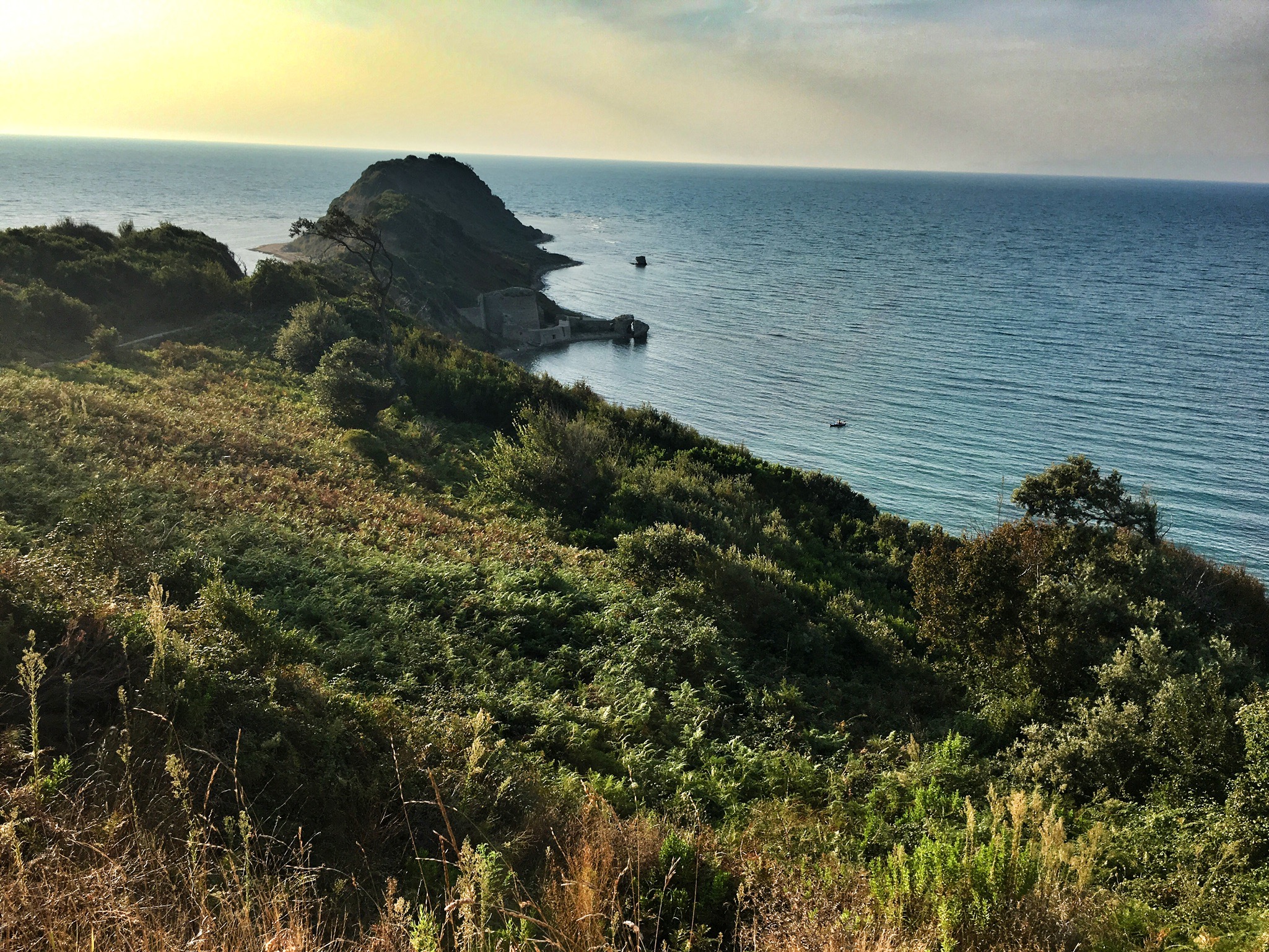 Scenes from a Day Trip to the Cape of Rodon, Albania

Some people take themselves shopping on their birthday, some people throw big parties, some people eat cake, some people sit in their rooms and cry. I like to treat myself to adventures. So for this particular year, on my 21st birthday (of which there have been multiple), I happened to be hanging in Tirana and decided I wanted to splurge on a rental car for the day to drive somewhere I had never been. It’s no secret that road tripping through the Balkans is one of my absolute favorite things to do and as it was the last weeks of summer I knew immediately I needed to head somewhere I could swim in the sea and soak in some final rays of sun before heading back to Kosovo.

With one of my closest girlfriends by my side, we jammed out Thelma & Louise style in a red hot Renault from Skanderberg Square and headed west towards the port town of Durres which may or may not be considered the armpit of the Albanian coast. Not one for coastal armpits nor urban sprawl, we thought we’d hook a right at the road to Maminas/Rruga Lalëzit and take it all the way to the end, to the Cape of Rodon (Kepi i Rodonit). Though we knew nothing about the Cape of Rodon, it sounded sexy and looked geographically sexy on the map which means nothing in this part of the world, but we had nothing to lose as good tunes on the radio + my hands on the wheel + open roads equaled all we needed to get by.

Straight away, the Cape of Rodon blew my mind. Maybe you thought I was joking, but there is such a thing as being geographically sexy on a map as well in real life and this little sliver of Albania that juts out into the Adriatic Sea fits that bill perfectly. Driving down its spine you can mentally place yourself precisely on the map as you watch the layout of the land unfold before your eyes.  As street signage is minimal, I can just tell you with certainty as we neared the end of the main road on the cape, we headed left (south) to the first sandy strip in sight in order to get our beach on.

By most accounts, the Cape of Rodon is still largely under visited considering its close proximity to Tirana (only an hour and 15 minutes away) and I felt that, but as it was already September I can’t vouch for the scene during the peak of summer. Still, it’s relatively undeveloped with just a couple of “restaurant” establishments that are more or less just beach shacks with grills and some of the best seafood you can probably find in the Tirana/Durres vicinity.

After several hours of bronzing and pure relaxation we decided to check out the north side and very tip of the cape where Google told us there was a castle, Skanderberg’s Castle (Rodini Castle), that upon further investigation we learned was built by the man himself around 1450 as an additional fortification against the Ottomans.

Skanderberg, Albania’s national hero, apparently fled to Brindisi from this spot following the Siege of Kruja and it was destroyed by the Ottomans in 1467 which means it didn’t last very long, but you can still climb around its outer walls and get a feel for why this was such a strategic place to build a castle back in the day. Maybe you can even see Italy if you look hard enough, or at least the south of Montenegro.

Just back up towards the main road there is another important historic site, Saint Antony’s Church, built when the Venetians moved in and took over during the 1500s as well as a gaggle of bunkers left as monumental souvenirs from Enver Hoxha times.

If you’re looking for a serious escape from Tirana, particularly during the sweaty summer months, you can’t get much better than the Cape of Rodon. It’s close, it’s wild, and it’s more off the tourist radar than some of the other nearby beach options though you will need a car if don’t intend on hitchhiking or walking 11 hours. It has just enough services to satisfy those who want a quiet day of lounging with the option to order a glass of wine or fresh meal, great for wandering and getting totally lost amongst the jagged cliffs and sandy beaches, and for the more adventurous – a beautifully rugged spot for camping.

Any other magical day trips from Tirana you can recommend?

This article also published on balkanvibe.com