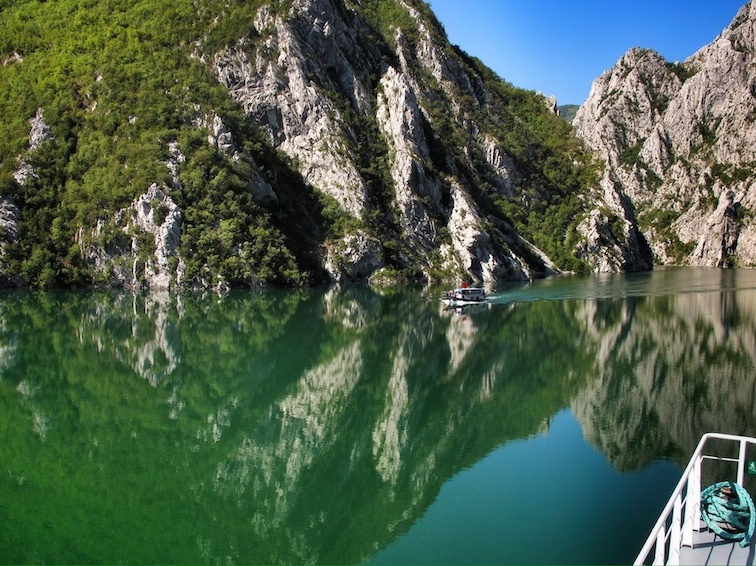 As a new resident of Kosovo, I was delighted to learn that Liqenin e Komani, or Lake Koman, was just across the border from me now and an easy road trip west from Prishtina. 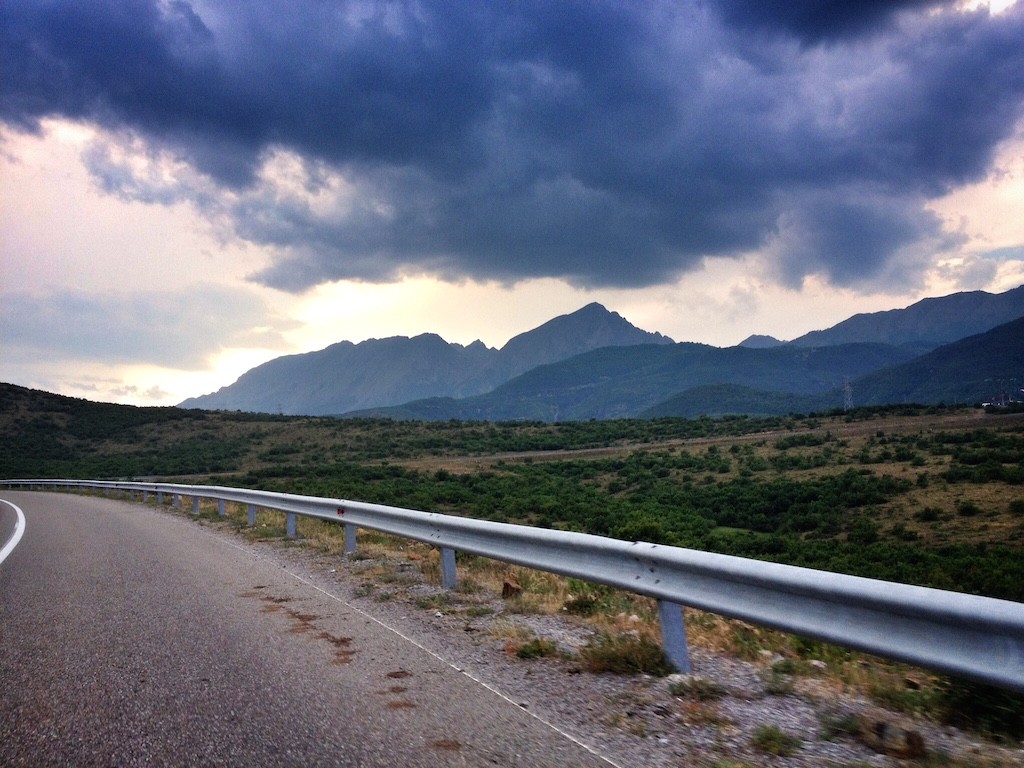 Supposedly one of the best boat rides in Europe (and the world, according to the Brandt Guide), I did a little recon during my first few weeks of being in the region and immediately decided that though not planned, this ferry ride absolutely had to be included in my Blonde Gypsy Balkan Tour of Kosovo and Albania. Sometime, somewhere, somehow.

And so it was. 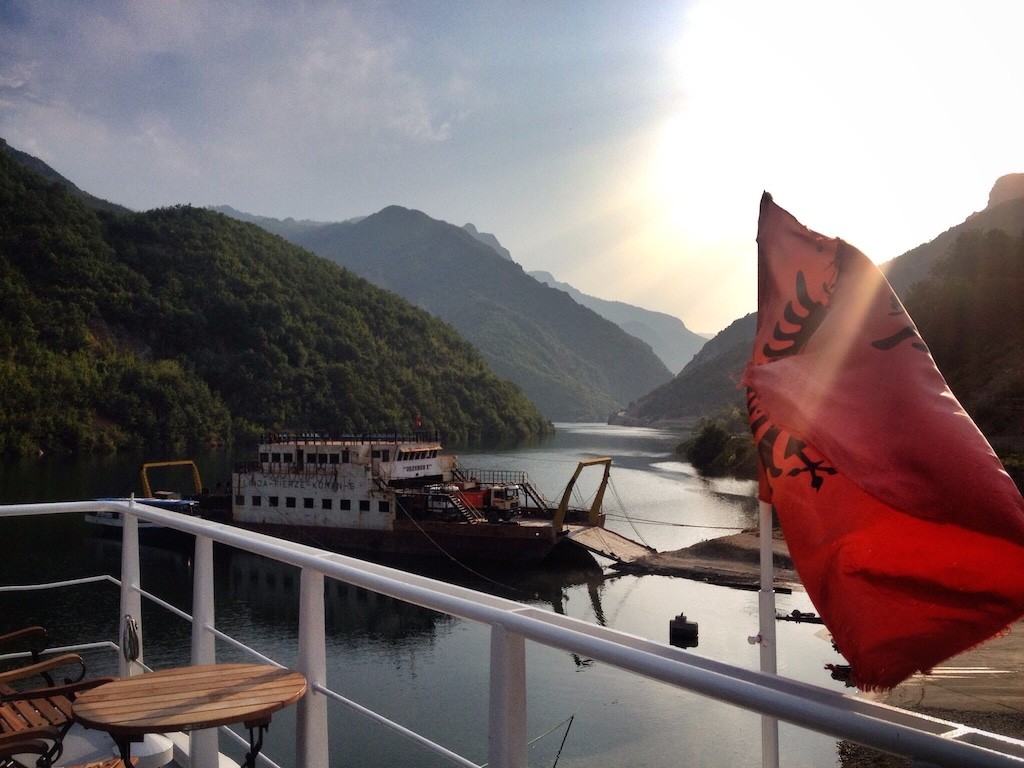 The closest embarkation point from Kosovo (or debarkation point if you’re heading to Kosovo) is in Fierza which is a 50km drive across the border from Gjakova in western Kosovo. As we had our own transportation, I have no idea about bus schedules or how much longer they take, but if you’re trying to catch a morning ferry out or just not a fan of dreadfully early travel and possibly having to shell out for a cross-border taxi if you can’t find a bus, it might be better for you to stay overnight in Bajram Curri. From Bajram Curri, Fierza is only 30 minutes away and there are plenty of furgon (mini bus) options in the early morning or taxis which shouldn’t cost more than 5 euros.

To be honest though, the best way to see this pocket of Albania and really all of Albania/Kosovo for that matter is with a car if you can. In Prishtina you can easily rent one that includes Albanian insurance for 30-40 euros a day and I’m sure the rates are pretty similar in Tirana. 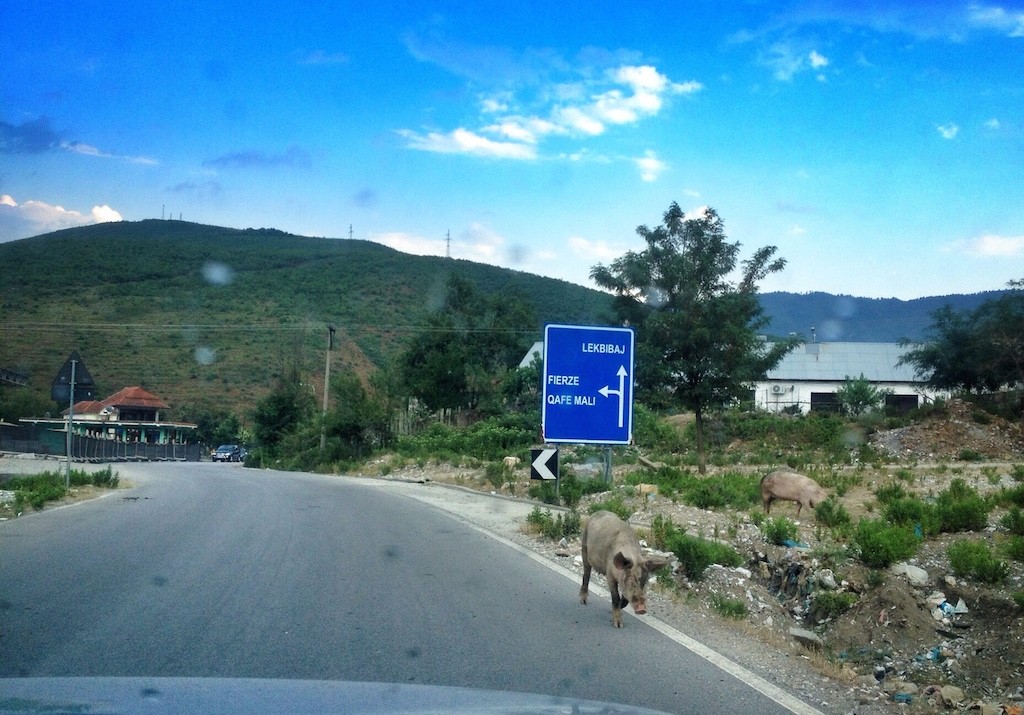 Just as an interesting side note, I think I’ve seen every single animal known to man driving along this road from pigs to cows to horse donkeys. Yes, horse donkeys (no photo). So make sure you keep an eye out and maybe your camera. There is also one fabulous statue farm/restaurant in Bujan where you can grab a quick coffee, raki, or fried up trout and admire their extraordinary collection of plaster and stone artwork on your way in or out. God knows what it’s called or if it even has a name, it doesn’t need one, but you absolutely cannot miss it when driving down SH22. 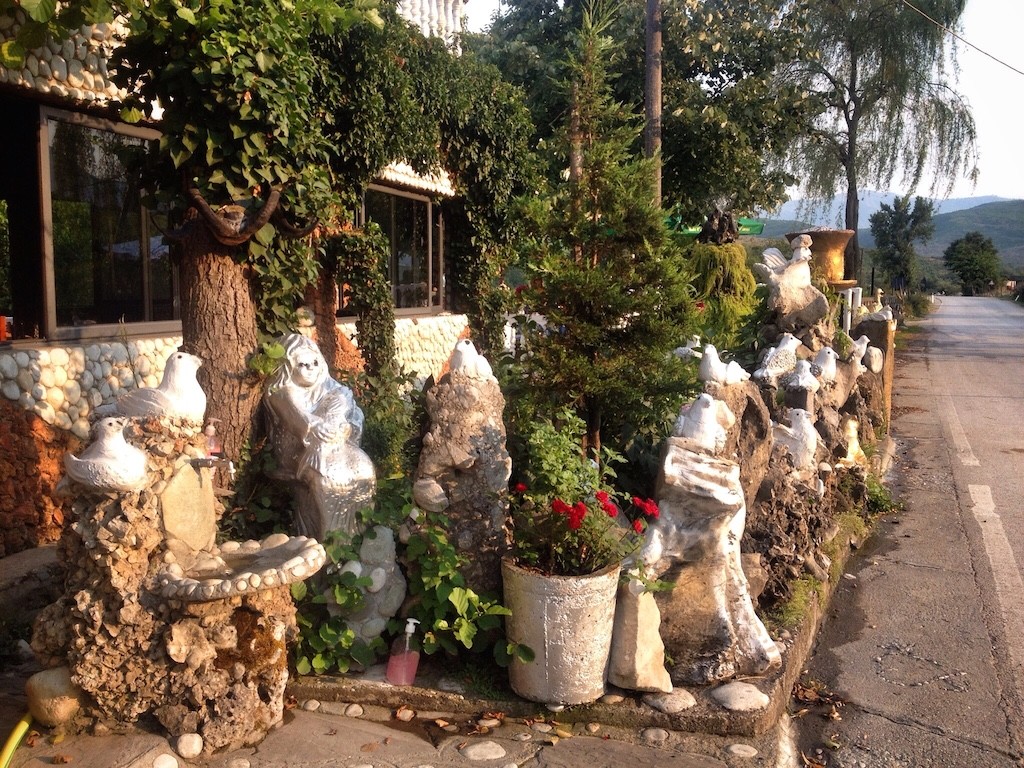 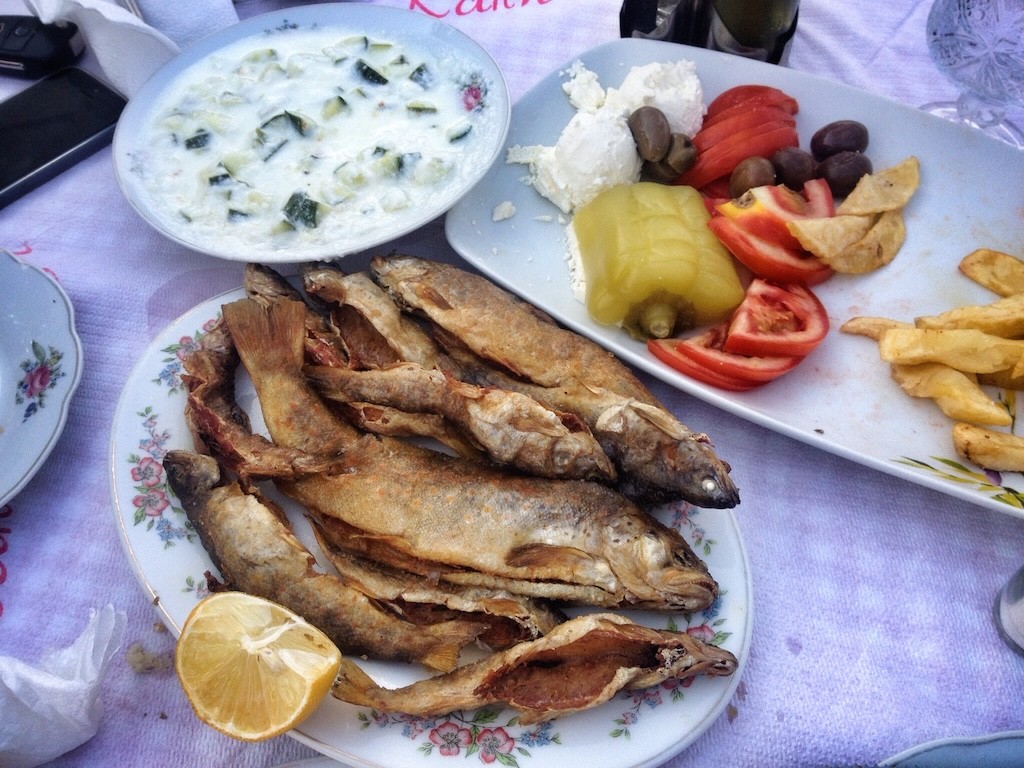 Our experience was leaving Fierza on the 9am Alpin car ferry which now only runs between May and August, but for the rest of the year, all other local options are listed on Journey to Valbona – a wonderful northern Albania travel resource compliments of the lovely Catherine (more on her in a future post). This ride is a perfect starting or ending point when exploring Valbona Valley National Park if that’s what you are looking to do, but for all intents and purposes of our tour which was headed straight to Shkodra, it was also the most unbelievably beautiful “WELCOME TO ALBANIA” that I think the crew could have had. 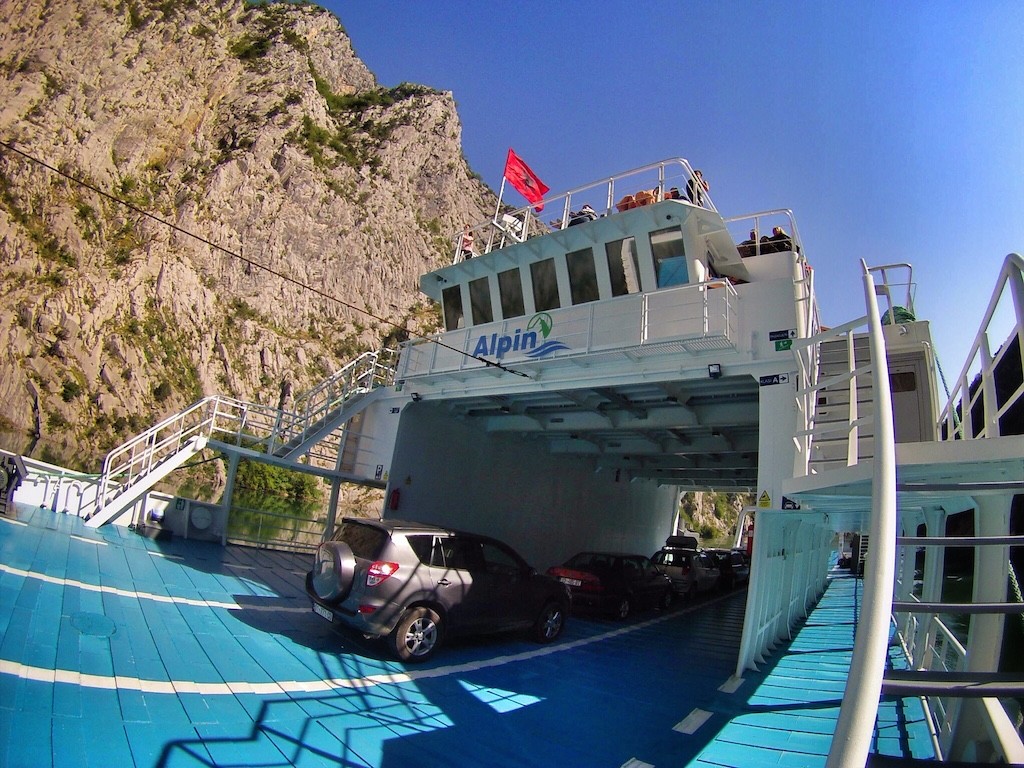 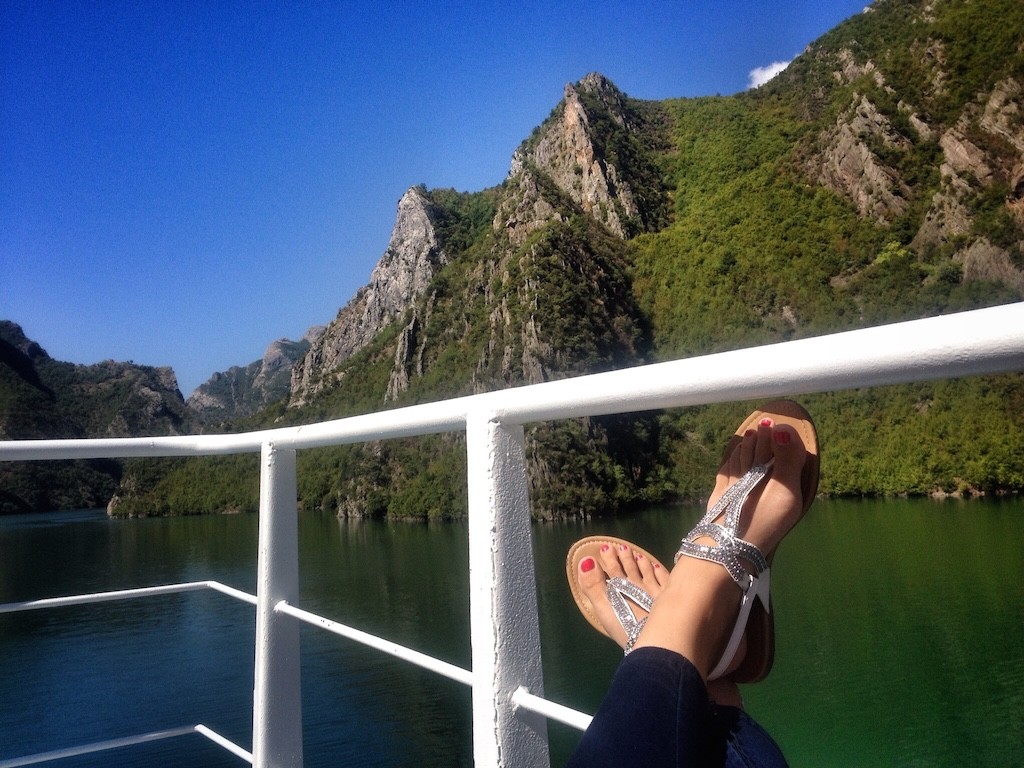 Hate to crush your dreams at this point, but actually Lake Koman is not a real lake. It’s a reservoir that was created by a hydroelectric project carried out by everyone’s favorite dictator (not), Enver Hoxha, in the 1970s. Man-made or not, it will still leave you in awe as you tug on through the narrow, rocky cliffs and mountains surrounded by nothing but untouched, wild beauty and as it widens, the occasional farmhouse or small village. The water is so glassy and reflective, at some points it was literally tripping me out. Swear it wasn’t just the breakfast beer. 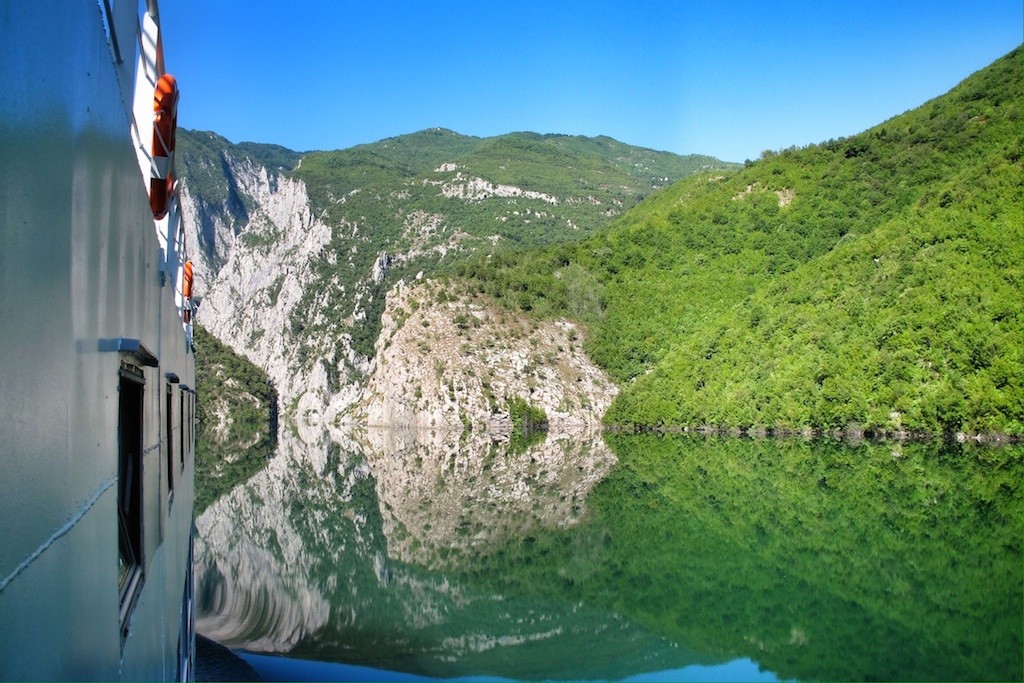 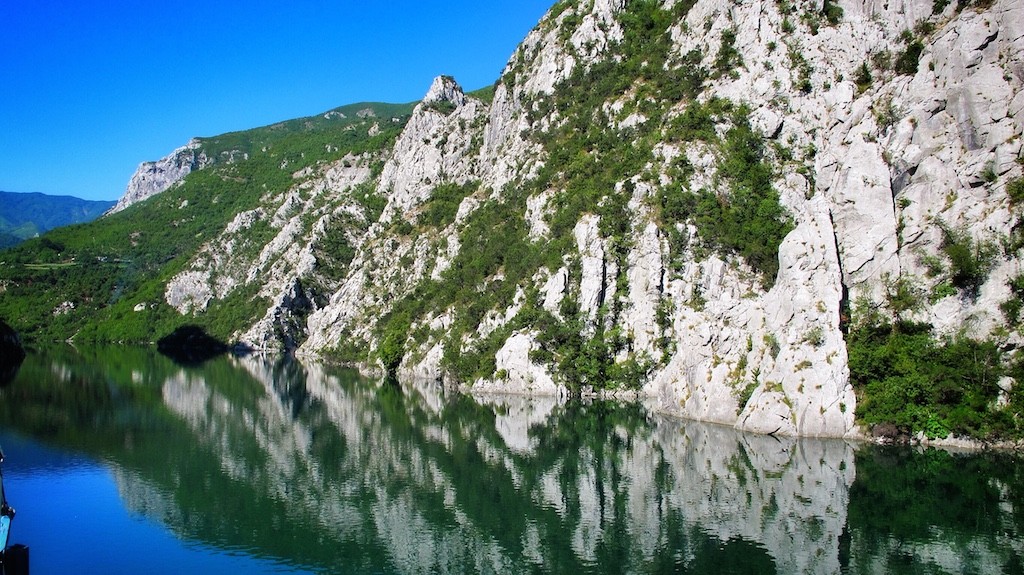 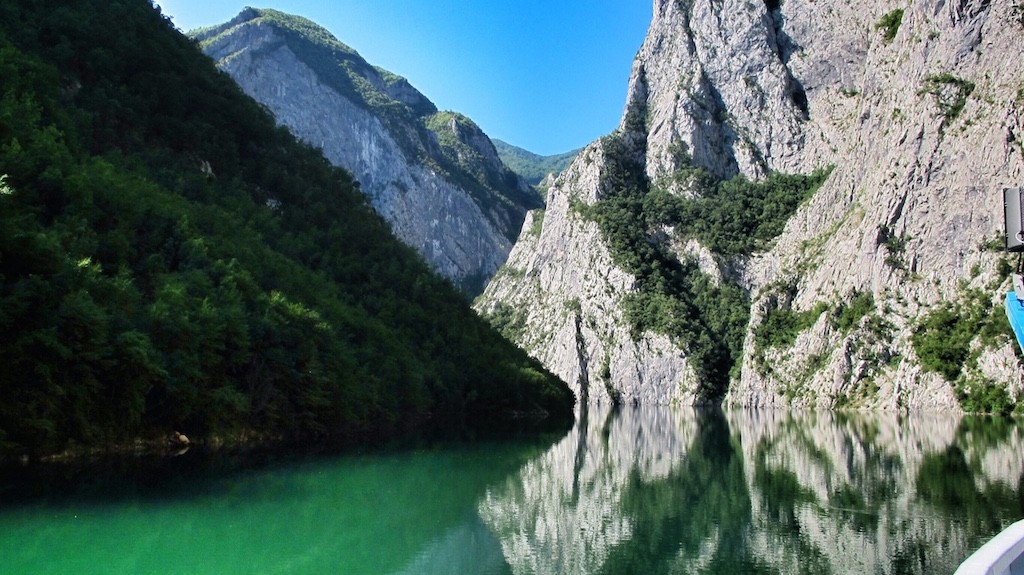 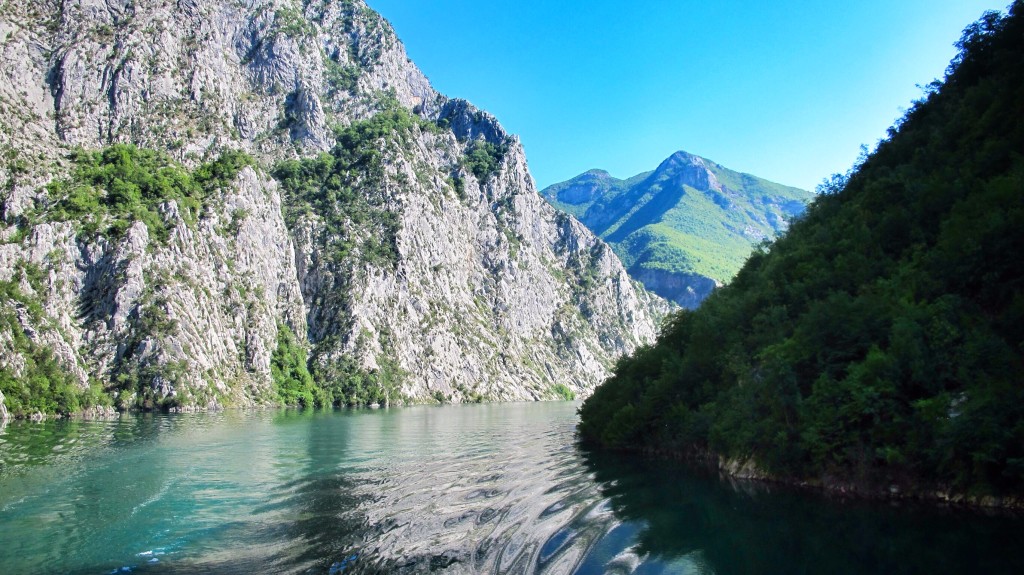 The Alpin ferry itself was a pleasant surprise as it’s brand, spanking new – definitely nothing Hoxha left behind – and therefore the sleekest public transportation you might find in the entire country. The only downside is missing out on rubbing elbows with the locals and their goats who take the smaller,  rustic options that have been running for decades. 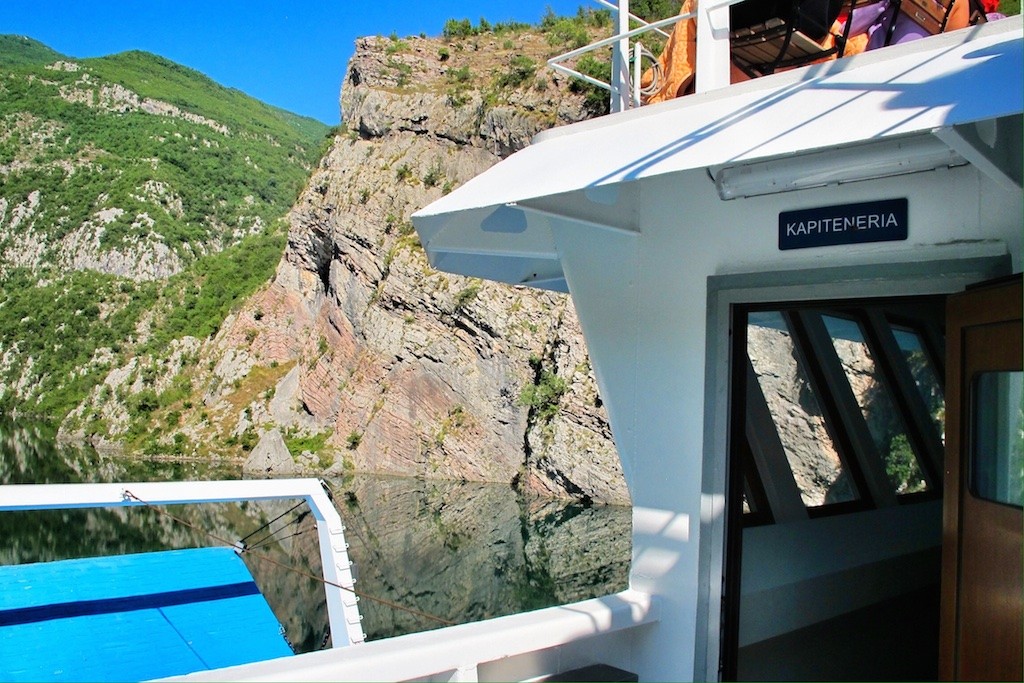 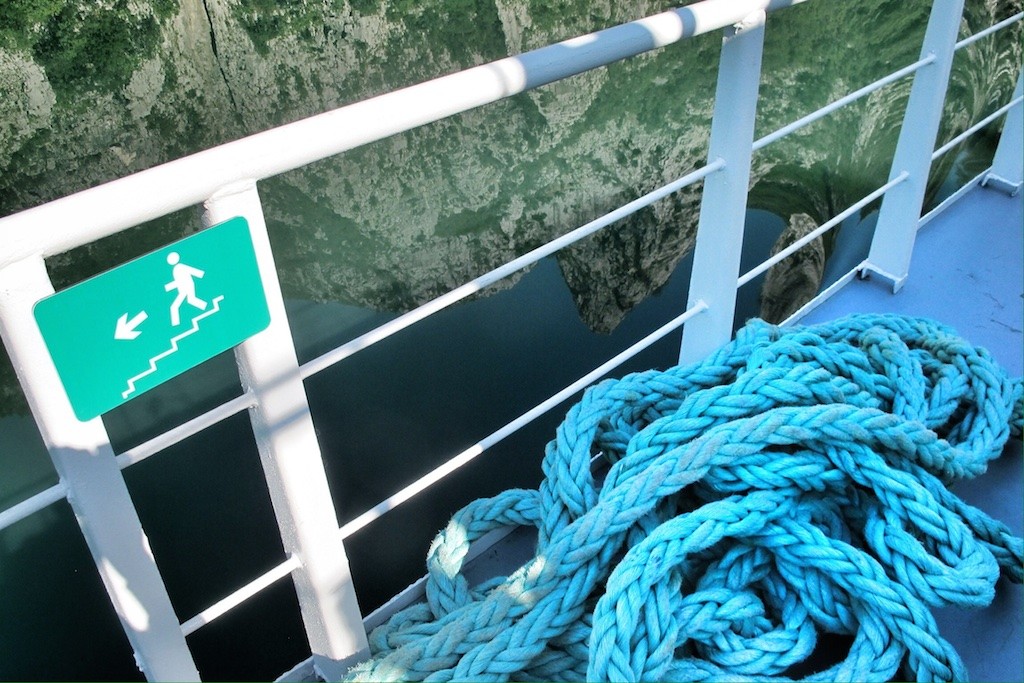 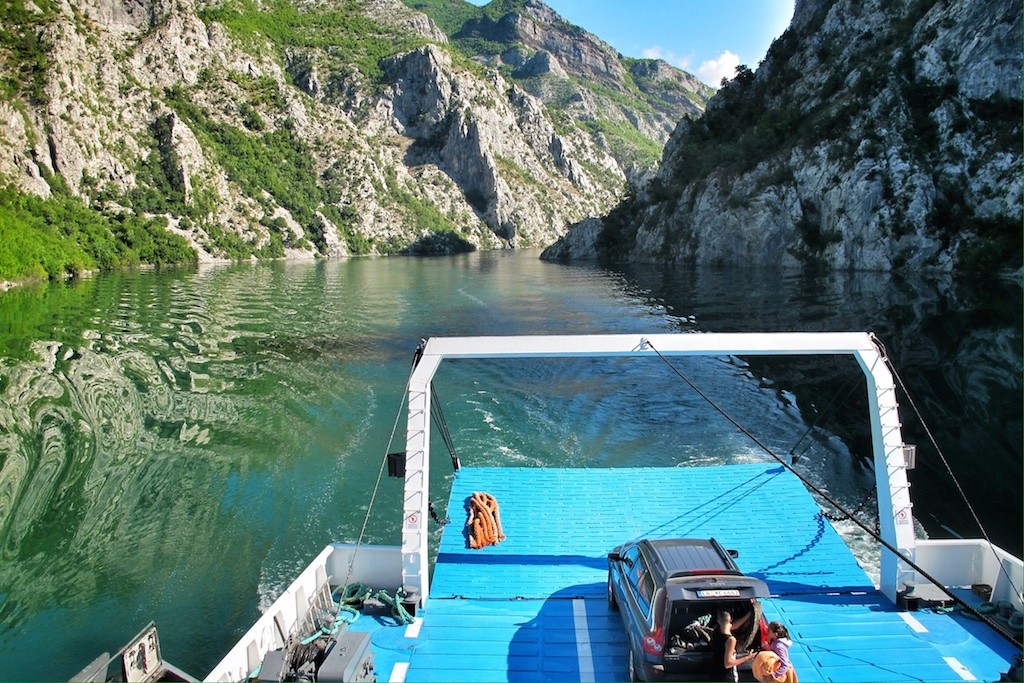 Back in the day, Lake Koman was just one of the few ways to get to the rest of Albania from these remote northeastern parts and Kosovo after borders were unsealed – the other being “roads” which before a few years ago took 8+ hours from Prishtina. Now it takes just 3.5 hours on the slick new 2 billion euro A1 highway and in fact most people from Bajram Curri and its surroundings now use that highway as well to get to Tirana. Only recently have more people (like the Albanian tourism board) started to realize its incredible tourism potential so let’s keep our fingers crossed that not only will the Albanian government and locals keep all of these ferries running, but that they will also start making a conscious effort to keep Lake Koman clean. 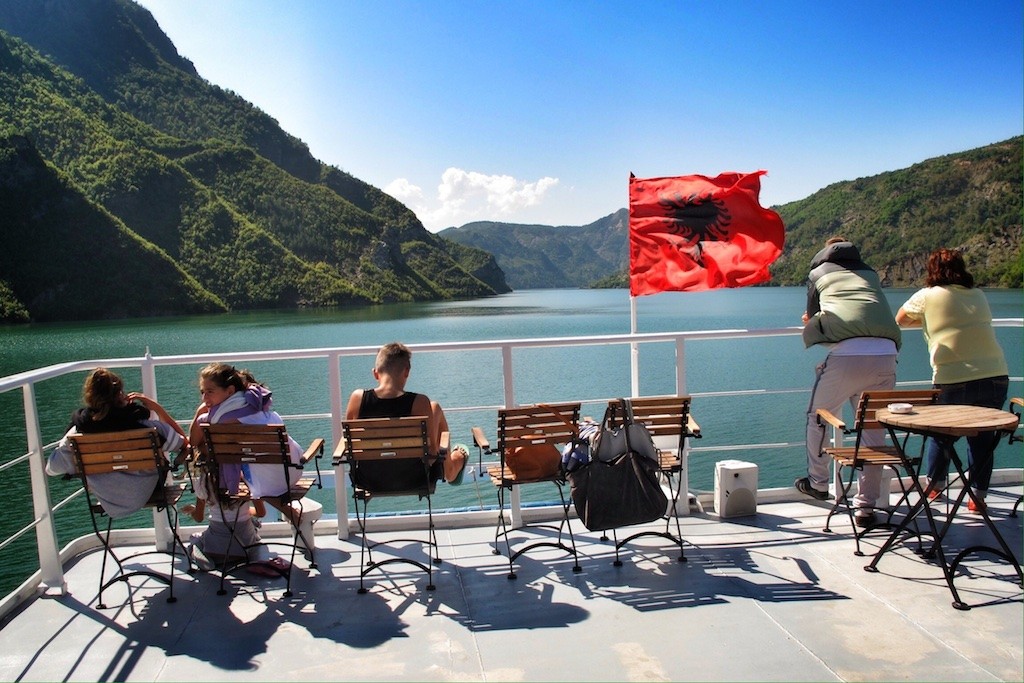 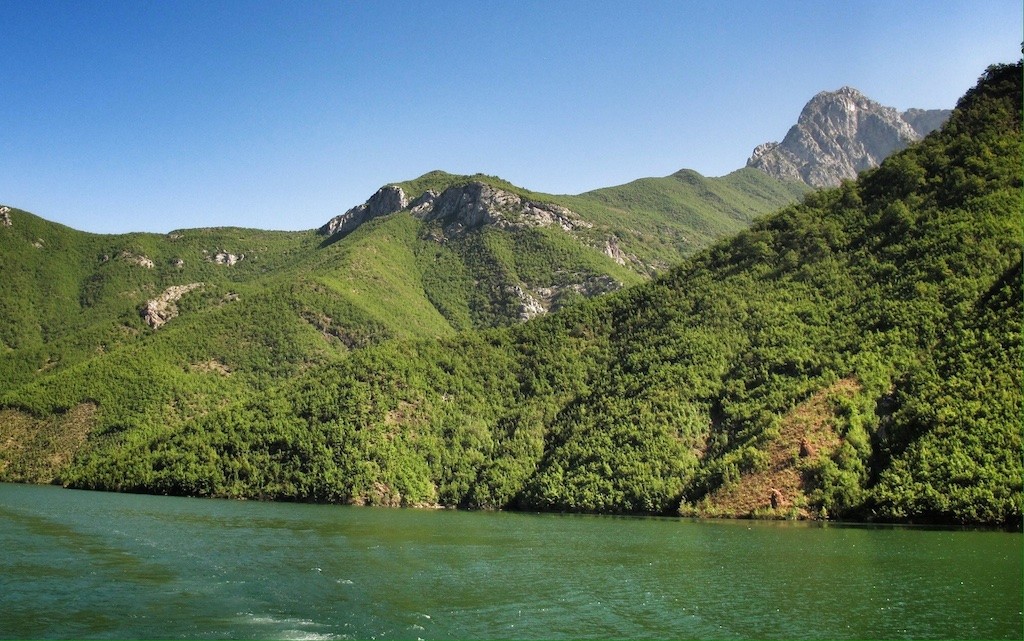 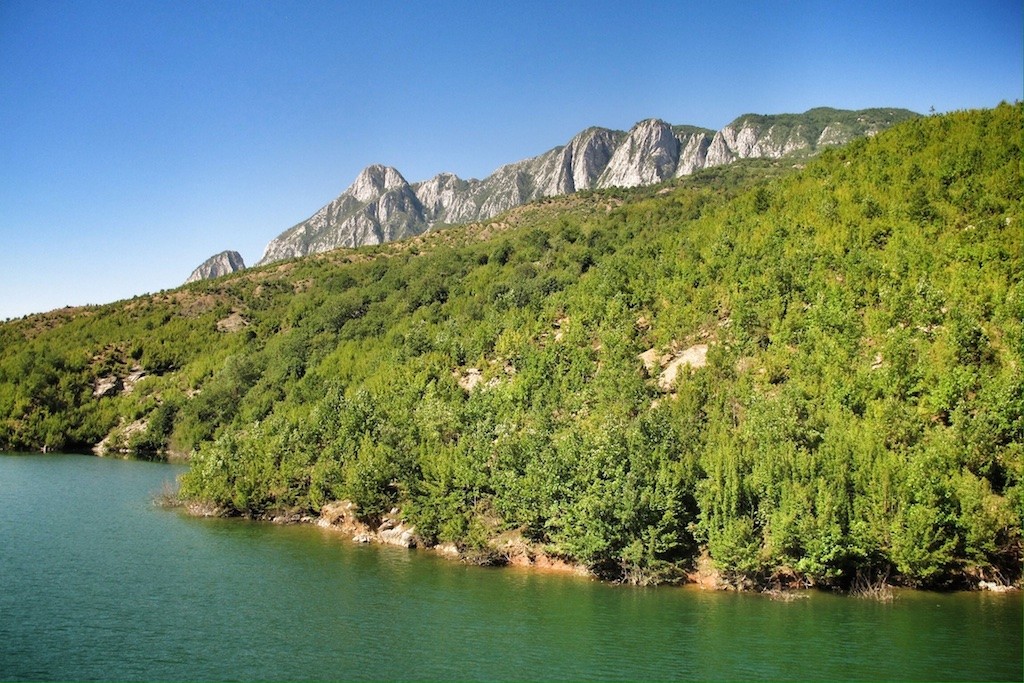 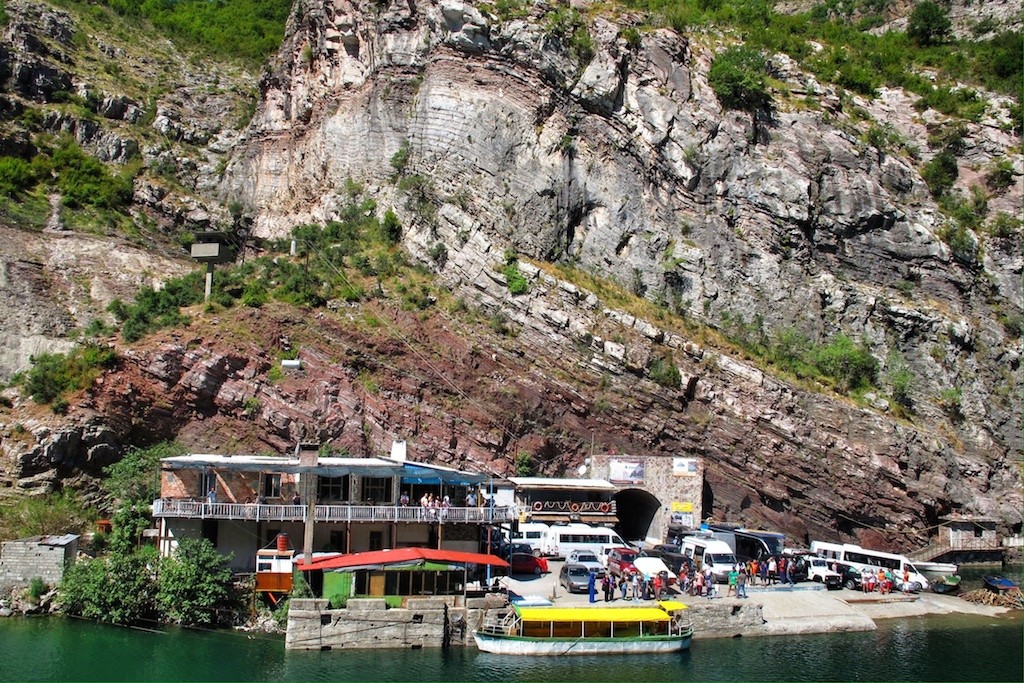 The journey from Fierza terminates in Koman approximately two hours later and from there you drive onwards to your final destination whether it be Shkodra, Valbona, Tirana, or Lazarat (I really find it hard to believe that place actually burned). From here you will get a taste of those “roads” I mentioned before. Stunning scenery but you might be ready to do backflips once you reach the better-paved roads and highways again.

Alternately, if you didn’t get enough beauty or want to see it in a different light, you can just chill for about 45 minutes at the little restaurant there and jump back on before the ferry heads back to Fierza at 12pm. 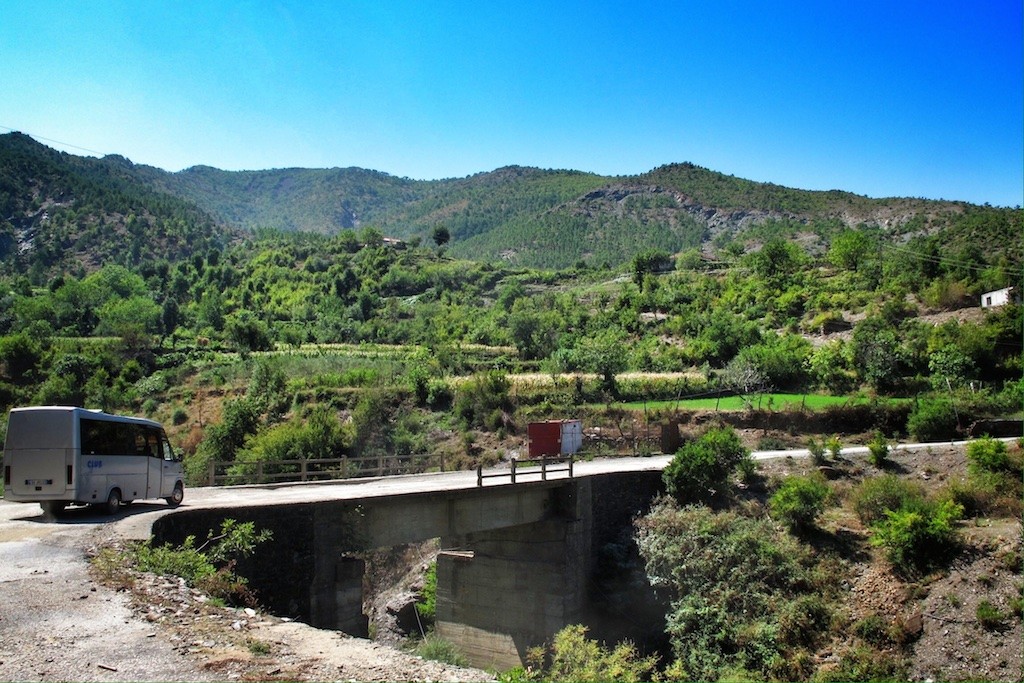 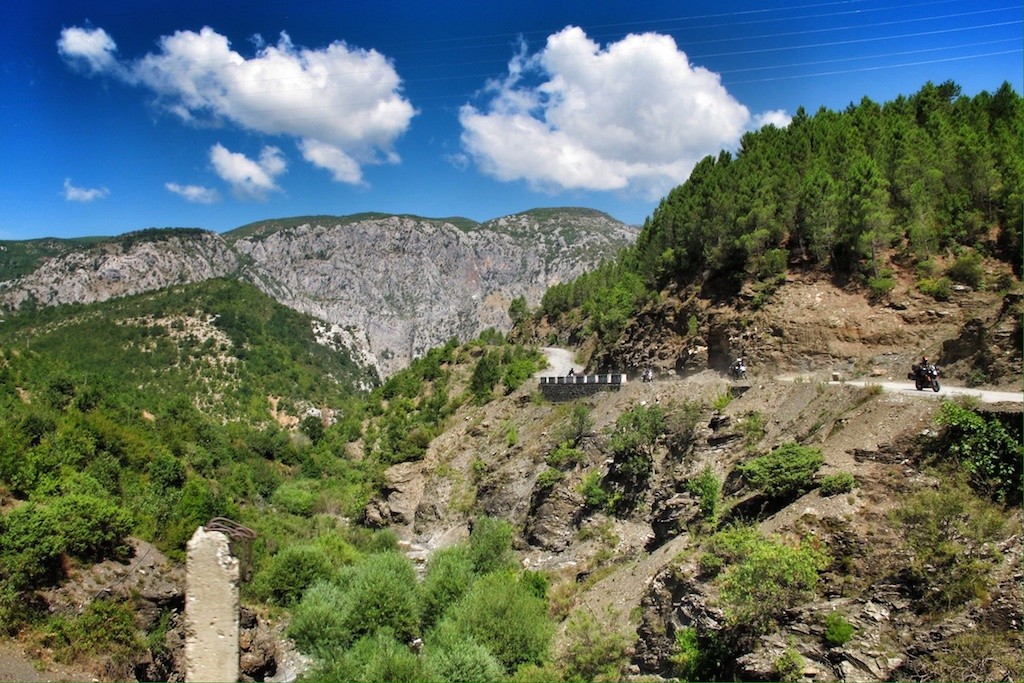 It can be a bit out of the way if you are just city hopping, but totally worth the effort to squeeze it in if you can somehow and incredibly affordable (4 euros for passengers and 9 euros per car). It will just take time – as all the good things usually do in one of the most intriguing countries in Europe…

Scenes From a Day Trip to Mitrovica – Kosovo’s Divided City 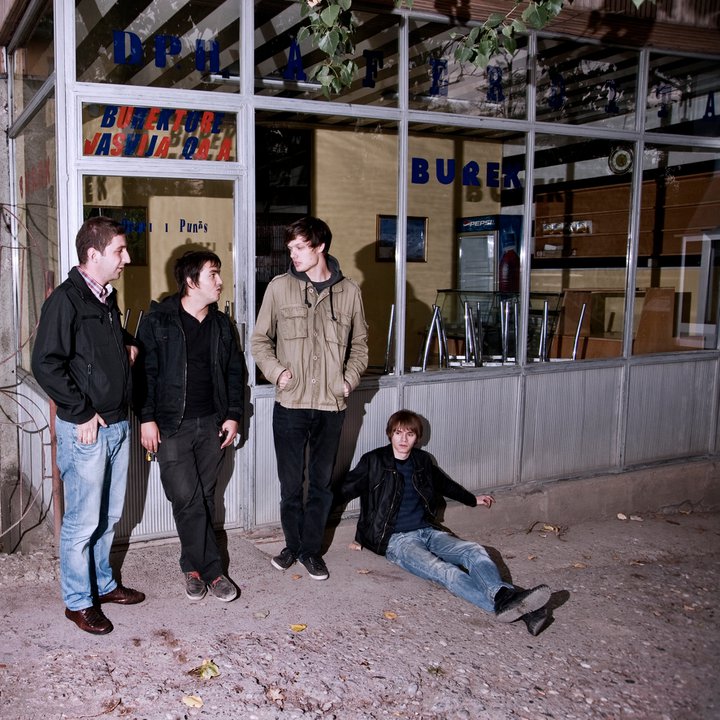 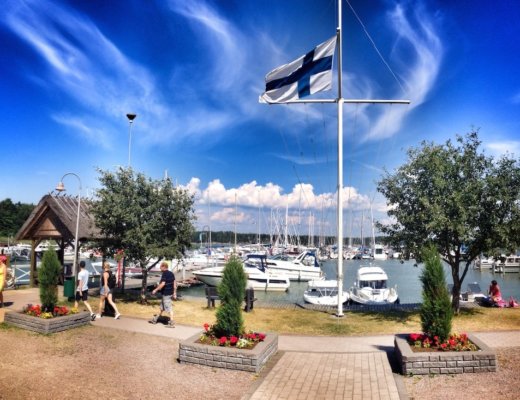 Scenes From a Day Trip to Mitrovica - Kosovo's Divided City