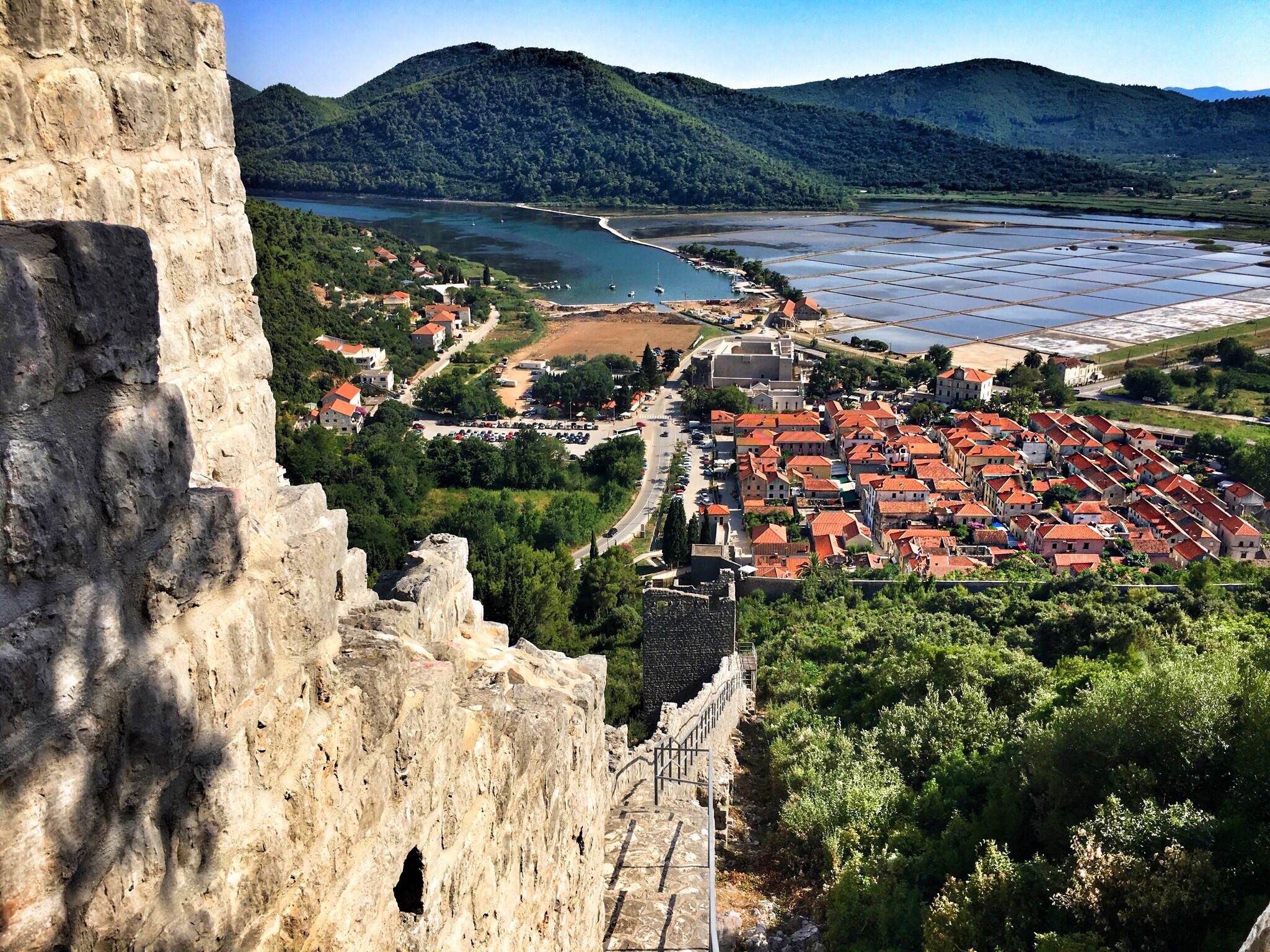 Hidden just off the main highway 60 kilometers north of Dubrovnik at the entrance to the Pelješac Peninsula is a tiny town called Ston that possesses one of Croatia’s biggest secrets: Europe’s answer to the Great Wall of China.

Having only learned about this place from a girlfriend who lives in Dubrovnik after my 4th or 5th time visiting Croatia, it seems to me that for whatever reason lots of tourists tend to skip Ston – or have no idea that it exists – which is a shame considering it is well impressive and by many accounts the second largest wall in the world behind the Great Wall of China. Seriously.

Coming in at around 5.5 kilometers, you bet it is a far cry from the 8,800+ kilometer Chinese wall, but still it is the largest complete fortress system in Europe and once you get up on there you will realize what an amazing feat it was to build that monster over 500 years ago. I happened to rock up on July 23rd which is Feast of Saint Liberan Day and they had lambs roasting everywhere which was pretty special to be faced with as soon as I got off the bus.

Ordered by the Republic of Ragusa to protect the fortune of salt the town sat/sits on as well as become the first line of defense for Dubrovnik, it took 172 years to complete from 1334 to 1506 and extends from Ston on one side of the peninsula to Mali Ston on the other side.

It’s pretty well-preserved after the most expensive historical renovation project Croatia has seen since its War of Independence and visitors have the option of just doing a lap around the town or getting rugged and hiking all the way over to where it ends in Mali Ston which takes about an hour. I opted to get rugged since I can use all the exercise I can get these days and as well was craving some oysters and mussels which these parts are also incredibly famous for – the best in world if you ask any local. Since Roman times people have been farming mussels and oysters in the clear waters here and Ston is as well the oldest active salt production site in the world with sprawling salt pans you can’t help but notice the higher you climb.

Two or three hours is a perfect amount of time to stop for some climbing and exploring in both Ston and Mali Ston. Getting there is super easy from Dubrovnik – there are frequent buses and it takes about an hour – and you can reach it as well via ferry from Korčula.

So there you have it – now go get Ston-ed.

This article also published on balkanvibe.com

A Beginner’s Guide to the Dalmatian Coast

Scenes from a Day Trip to the Cape of Rodon, Albania