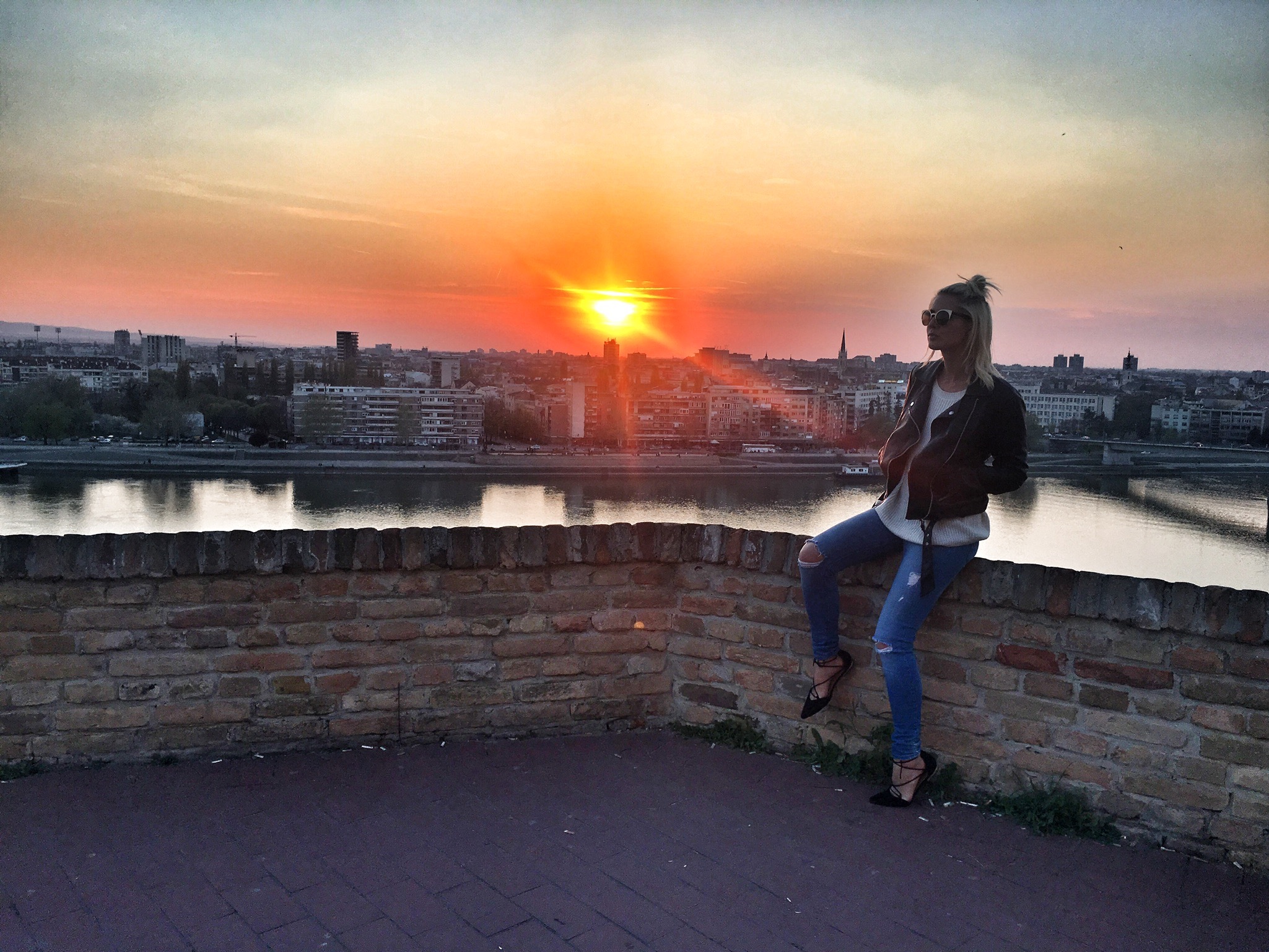 Less than an hour north in the autonomous province of Vojvodina, Fruška Gora is a mystical, lone mountain and protected national park full of monasteries and well-known for producing some of Serbia’s best wine. Found right below the Danube and with a maximum altitude of only 539 meters, the best bits of Fruška Gora can be more difficult to visit in one day as an independent traveler who is at the mercy of public transportation as most of its touristic sites (ie some 18 different monasteries and 60 wineries) are scattered around its perimeters. With this in mind, I decided an organized tour would be the most efficient way to knock this region off my to do list and how I found my Fruška Gora/Novi Sad destiny in the hands of Serbian Private Tours, #YourSerbiaHost.

Starting the morning off with some monasteries, I learned that at one time there were around 36 complexes found around these parts though now only 18 remain due to centuries of conflict in the region. Serbs started migrating to the area which was more or less swampland in the late 15th and early 16th century thanks to permission and encouragement from the Hungarian Empire and began building.

Fruška Gora is sometimes referred to as the Serbian Mt. Athos.

Often described as one of the most beautiful monasteries in Fruška Gora, our first stop was Krušedol Monastery which also happens to be the most important in terms of historical VIPs buried there and holy relics on display. Founded in the early 16th century by St. Maksim Branković and his mother St. Angelina from the House of Branković, the last dynasty to rule the medieval Serbian state, his and his mother’s holy relics are treasured in the nave of the church and displayed on important holidays. Several other important figures from Serbian history such as Princess Ljubica Obrenović and King Milan Obrenović are also buried here which is why it is so spiritually and culturally important for Serbians.

While the exterior might not make your jaw drop, the gorgeous frescoes and iconostasis found inside most probably will.

Moving swiftly on to the second and final monastery on our visit (because for me, two monasteries are definitely enough for one day), we arrived at Grgeteg Monastery. Aside from being the hardest to pronounce, what sets Grgeteg Monastery apart from the rest I really couldn’t tell you except that it is now a functioning nunnery and was founded by who I can only image was a 15th century Goth metal rock star, Wolf Fiery Dragon (Zmaj Ognjeni Vuk).

Inside Grgeteg is a beautiful replica of a very important icon to the Serbian Orthodox Church – the Virgin Mary with three hands.

After checking the religious/spiritual box on our itinerary, we backtracked slightly and headed north to Sremski Karlovci – largest town along the Fruška Gora wine trail and where the Treaty of Karlowitz was signed in 1699. This treaty more or less ended all fighting between the Ottoman Empire and the Holy League which changed the course of European history big time. It was also the first time in history that a round table was used in an international political discussion. Nowadays you will find a beautiful, circular church aptly named the Chapel of Peace in the area where the treaty was signed.

Built in 1817, the church has four doors for each direction with the altar symbolically placed in front of the east side to block the Ottomans from ever coming in again.

The center of Sremski Karlovci is beautiful with its well-maintained baroque and neoclassical buildings making it a very pleasant place to wander or sit and have a coffee. The biggest points of interest are found mostly around the main square including St. Nicolas Cathedral, the Four Lions Fountain, the first Serbian high school (founded in 1791) and the Patriarchate Court which is now the court of the Bishop of Srem and includes a small Museum of the Serbian Orthodox Church.

Hanging in the main square of Sremski Karlovci.

This lovely lady was more than proud to pose with the Karlovački kuglof she was selling, Sremski Karlovci’s most famous dessert.

The tradition of wine and grape picking in Sremski Karlovci goes back centuries and every year on the last weekend of September or first weekend in October they host a grape picking festival that is apparently pretty big and worth making the trip for of you happen to be around. There are a few nice wineries to be found in Sremski Karlovci (in the event you do end up there by bus or train), but for a wine tasting and lunch went just a little outside of town to the Miljević family wine cellar on the slopes of Fruška Gora for a more intimate lunch and wine tasting experience.

The second we stepped out of the car we were greeted by the jovial Dragan Miljević, patriarch of Miljevic Podrum, who spent decades working as a chemical engineer before switching to viticulture. Producing only four labels of wine (a red, a white, a rosé, and a Bermet which is an herby dessert wine specific to Fruška Gora) – and of course plenty of rakija.

After a tasty, locally sourced spread and all the wine and rakija samplings my heart desired (which may or may not have included half a bottle of Dragan’s divine rosé), it was time to hit the road so we could make it to our final stop before sunset: Novi Sad.

I would say Novi Sad, Serbia’s second largest city, deserves its own day trip to really get a feel for the place, but after quite a full day of history, culture, and religion, I was more than happy to make it only to its famous fortress in Petrovaradin just in time for sunset and to wave goodbye to a wonderful day.

Located on the Danube and across the bridge from the center of Novi Sad proper, Petrovaradin Fortress is where Exit Festival, the most well-known music festival in Serbia, takes place every year #festivalgoals.

Six Things You Shouldn't Miss (But Might) in Prishtina, Kosovo