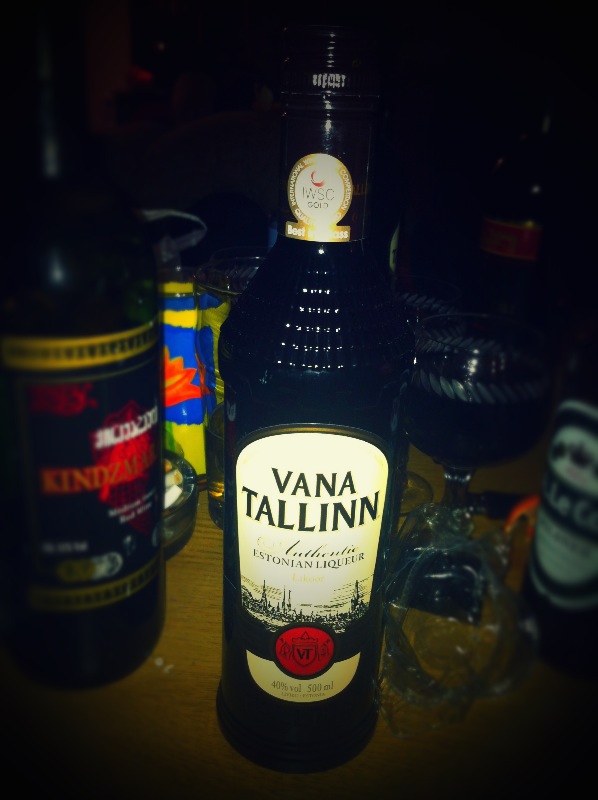 Picked Vana up from the local alkoholipood (that’s liquor store in Estonian) around 8pm.

It was still pretty early so we just hung out and cruised around the city for about an hour or so while we waited for our friends to join.

Finally they showed up and we all headed into the Old Town to look for something cool to do. Kept getting side-tracked as we were having such a good time just wandering the narrow, cobbled alleyways that monopolize this part of Tallinn.

Finally we found an acceptable bar to hang out in.

Think it was called… actually I don’t know what it was called. Started off alright but then too many obnoxious youngins (think 18 and listens to Justin Beaver) and sleazy old men (think Flavor Flav trapped in the body of a 60 year old white man, same hat) began to infiltrate the bar area so we decided to bounce to da club section to look for some better company….

Vana was having so much fun, meeting tons of sexy like-minded individuals and dancing. She was a popular girl, naturally. But it was getting late and as with all good things, it had to come to an end.

Finally home and searching for “lost keys”. They were in there though. Ooooh silly Vana Tallinn, ALWAYS playing mean tricks on us. Until we meet again, my friend….