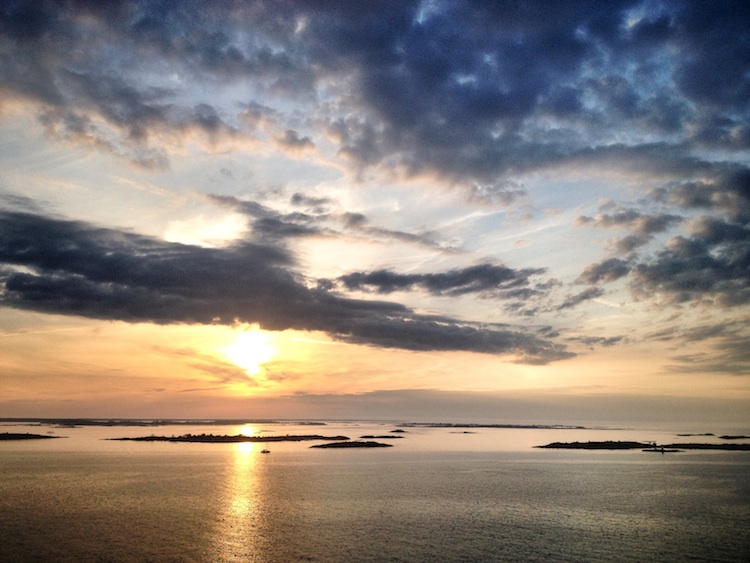 Contrary to popular belief, going on a cruise can be a cool experience for independent travelers and people under the age of 65.

I say this not to be snide, but because I believe that for a vast majority of young and sexy travelers out there, the word “cruise” conjures up nothing but off-putting images of retirees in fanny packs and Hawaiian shirts, “old married” couples on their honeymoon, and 7-10 days of being semi-trapped on a boat.

Though generally speaking there may be some truth to this, I recently discovered a place in the world where what transpires on the open waters couldn’t be more opposite. A place where luxury and lasciviousness live in harmony. A place for lovers, haters, and everything in between.

That place is the Baltic Sea.

Young, old, rich, poor – these cruises do not discriminate and that is perhaps why they are so awesome. They can be as short as one night making them ideal for the non-committal traveler types who just wants to get from Point A to Point B, or they can be a week-long, roundtrip affair for those who want a more traditional cruise experience. The Baltic Sea is your oyster. They are also the most scenic and cost-effective way to get between Stockholm, Helsinki, Tallinn, and Riga in my opinion. Especially if you are traveling during the warmer, lighter months and opt for the cheapest cabins available which is why I would consider them to be a “high value” travel experience.

Sightseeing, transportation and accommodation all in one. Boom. And just what I needed to get between Finland and Sweden immediately after my surprise trip to Estonia.

Cruising once again as a guest of Tallink Silja, I set off on the notorious nautical journey between Helsinki and Stockholm. Having already investigated the more debaucherous elements of that crossing a while back, this time I was eager to experience the classy, luxurious side and to be pampered like a princess because there is a lot more of that going on than anything else. You just have to know about it.

These cruises are notorious for a reason so I’m not going to sugarcoat that fact that if you are looking for a wild and crazy time, you can absolutely have that. And should have that at least once in your life if you are interested in experiencing as many variations of European nightlife as you possibly can as it’s truly a Nordic legend. However, you need to know that is not the only thing they are about, not at all, and the wild side is incredibly easy to avoid if it’s just rest and relaxation in a gorgeous setting that you are after. I was blown away by all the other things there were to do aside from drinking myself silly with Svennebanans in the bottom level cabins and you will be, too.

Fine dining (as in one of the best buffets I’ve had in a while), live entertainment, tax-free shopping, spa/beauty treatments, hot tubs, and of course the ever-present sauna… here’s a 2 1/2 minute video to give you a little taste of all that I got up to.

Cruises can be cool, especially cruises in the Baltic regardless of your age or agenda. Can’t think of too many other places in the world where such a well-oiled, high value cruise network like this exists either which is reason enough to have the experience. It truly is an awesome way to travel around the northern capitals that every Eurotripper should consider, whichever way you choose to do it, and I can’t wait until I ride again.

Special thanks to Tallink Silja for inviting me aboard the m/s Symphony and m/s Serenade between Helsinki and Stockholm. While my journey was complimentary, all opinions stated here are my own.

Music in the above video is Sweet Dreams (Are Made of This) by Eurythmics and was shot + edited entirely on my iPhone 4s.

Trainsetting Europe: Getting Down With Ghent