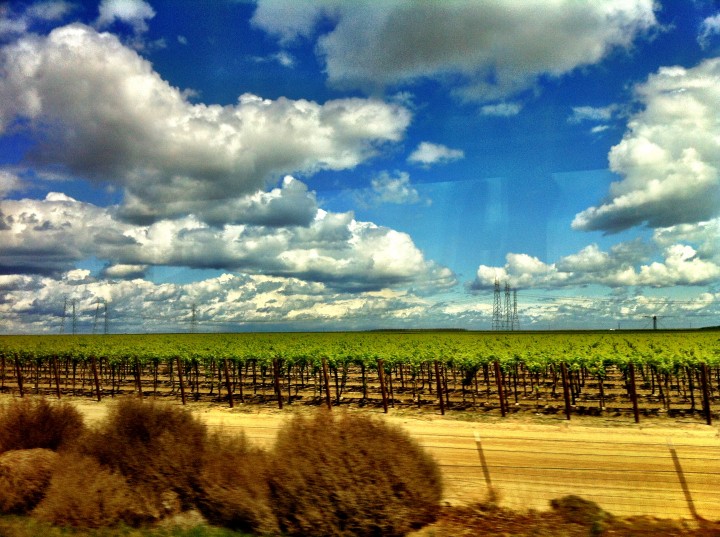 When you hear “Greyhound bus”, what is the first thing that comes to mind?

For me it has been all of the above which is why I decided that I needed to give one a try now that I am back in America.

I was pretty stoked when I saw on Greyhound’s website that I could take a bus one-way between Santa Ana (Orange County) and San Francisco for only $45. Couldn’t find any one-way plane tickets for less than $125 for the date I wanted so it seemed like a steal. I was then over the moon when I then read that they had some new buses with state-of-the-art amenities like wireless routers and electrical outlet *on selected routes. The 9+ hours was going to take to get there would surely fly by with all the work I would be getting done on my laptop.

So how did it go? Well, to be honest, I was really disappointed. I was looking for an adventure, some excitement like Rob had on his journey from Indio to Los Angeles. I wanted to sit next to a guy with tattoos on his face and hear stories about prison life or what it felt like to kill a man. Instead I got an entire row to myself and the only semi-exciting thing was that the guy in the row next to me had a Discman. You know, a portable CD player with batteries. I haven’t seen one of those being used in years.

Aside from that, everything was pretty mellow. Boring, even. The only scary thing about the ride was the thought of getting left behind at one of the stops. We were able to get off and stretch our legs a few times but in places you would never want to get left behind: San Fernando Valley, Coalinga, Gilroy. I got the feeling our driver would have had no problem at all taking off without everyone on the bus if someone didn’t make it back in time.

The biggest disappointment of all though had to be the fact that I wasn’t *on a selected route. There was absolutely nothing new about the bus which meant no wireless routers or power outlets. LAME. You don’t know how invaluable 9+ hours in a confined space with nothing to do but work is to me at this point. Unfortunately my laptop is a jerk and won’t hold a charge for more than 5 minutes so my plan of getting work done was also out the window.

There’s always a silver lining though, right? Had I been glued to my computer screen the whole time I would have not been paying attention to all the gorgeous scenery passing by my window. Spring is a beautiful time to drive through central California. So much color and the clouds were absolutely magnificent on that particular day.

It was a really long day, nearly 10+ hours of travel which seems stupid in comparison to the one hour flight I ended up taking back. I left Orange County around 7:30am and didn’t get in until 6 – an entire day spent on the road and in near solitary confinement. In retrospect I would have totally spent the extra money on a flight just to have those 10+ hours in San Fran. Could have, should have, would have…at least now I know.