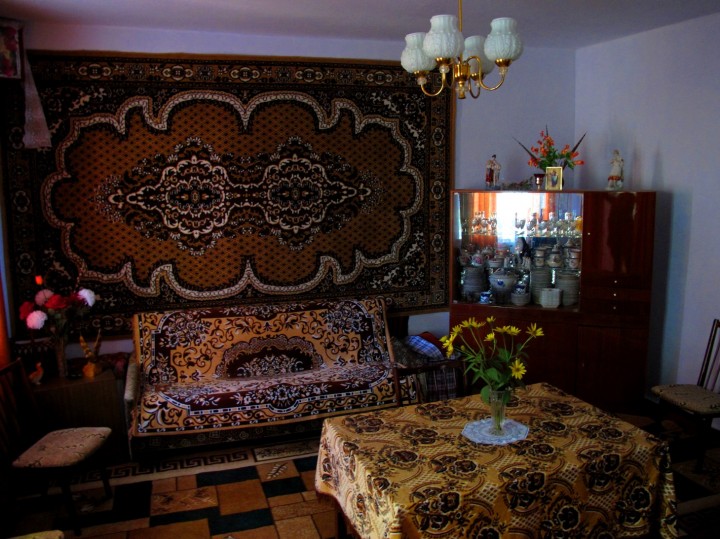 This week on Stop Having a Boring Life..

If you read Rob’s post last week on making friends while traveling, then you probably knew this was coming. We had a friendly little anti-Couchsurfer vs. pro-Couchsurfer debate in the comment section, and as a result, this post was born.

I am really lucky that like Rob, I have made an extensive network of international friends after all these years of traveling. It really is a beautiful thing to feel at home and welcome in so many different places. Some of these friends I have met randomly, others through friends of friends, but it is Couchsurfing that has been responsible for some of the best friendships I have formed while traveling. Not only have I made more friends this way, but I’d say it is also responsible for pushing my boundaries as a solo female traveler. It has completely changed the way I travel and yes, literally changed my life. Here is how:

Rolling up to an unknown city can be scary, especially at odd hours and to seedy train and bus stations that are sometimes nowhere close to the center. Just about every host I’ve had has made it a point to meet me wherever I get dropped off and the ones who weren’t able to always go above and beyond to make sure I get to their place. It’s not even just when I arrive to a new city with a host lined up that I feel safer (except the Chisinau incident), it’s the entire time I am there. I know if I get lost or anything goes wrong, I can just give my hosts a call and they can help me out. The feeling that I am not entirely alone because I have a contact there, whether I am staying at their place or have planned to meet up with them for a drink, is the most comforting feeling as a solo female traveler.

The best part of Couchsurfing for me has indeed been making friends, great friends, in most of the places I have traveled to since I started doing this back in 2009. Before that I would meet a few locals here and there, but a majority of my interactions were with other travelers staying at the same hostel or hanging out at the same touristy bar we were all recommended. Unless you are lingering around somewhere for weeks or even months, then I think this is pretty typical. If you only have a couple nights in a city and you want to spend it with someone who lives there and really knows the place, I think Couchsurfing is your best option.

Whether or not you actually connect with these people is not always a sure thing, but that comes down to the profile research you do beforehand and the kinds of hosts you end up contacting. Most importantly, it comes down to YOU. If it takes you a while to open up or you wouldn’t be cool ending up on moldy couch even though it didn’t look like a moldy couch in the photo, then yes, Couchsurfing may be your biggest nightmare. Life is full of surprises, traveling full of even more.

3) I do cooler things

Have you ever seen tours advertised to go hang out in a movie studio in Kiev? Have lunch at the largest Hare Krishna center in Ukraine? Have a Bosnian teach you how to make burek in Sarajevo while hearing stories of what it was like to grow up in a war? Watch a Latvian rock band rehearse in a tiny village in the countryside and then party with them after? In every city you can find a “pub crawl”, but can you find a “club crawl” organized exclusively for you and by one of the city’s biggest DJs?

I never noticed such tours but was lucky enough to have experienced all these things because my Couchsurfing hosts were awesome. Staying in someone’s home as opposed to just meeting them out makes you bond a lot faster and exposes you to opportunities such as say going to work or school with them one day or being invited over to their parents’ house for a good home cooked meal. These kinds of experiences are the reason I travel and are ones I have only encountered when Couchsurfing.

What does that mean? Here are two solid examples:

First is from 2009 when I was in Warsaw. I stayed with a couple who happened to live with a guy who was a teacher at one of the city’s largest English schools. We got to chatting and I mentioned that I had been looking for a job (more specifically, a visa) to be able to stay in Europe and work. He said he would talk to the human resource department at the school and a day later I had an interview set up. Interview went well and I got offered a position to teach there plus they said they would help me sort out a visa. Unfortunately in the end I wasn’t able to accept it, but the point is I could be living in Poland right now.

Second example is from just a little over a year ago. I needed to find an internship and quick somewhere in Europe so I contacted all the people I met through Couchsurfing in Ukraine with a mass email asking if they had any ideas because I really wanted to do one there. One of my friends immediately responded that she knew a lot of people working for a really popular magazine there and within a week I had plans in place for a summer internship plus a place to live.

All of this is to say that I really couldn’t imagine how my travels and life would be if I hadn’t given Couchsurfing a try. I definitely wouldn’t have seen as much on my travels, have as strong of a social network throughout Europe, or have moved to Ukraine. Couchsurfing is definitely not for everyone, but what is? We all have our own travel styles and goals for traveling – this just happens to fit mine 100%.

I hope to write a lot more on this topic, I could write a book (and I will – any publishers reading this??). In fact, I will soon be starting a new series of my Couchsurfing stories on The Blonde Gypsy because they are too cool to keep to myself. If you are interested in reading more, make sure you visit my blog.