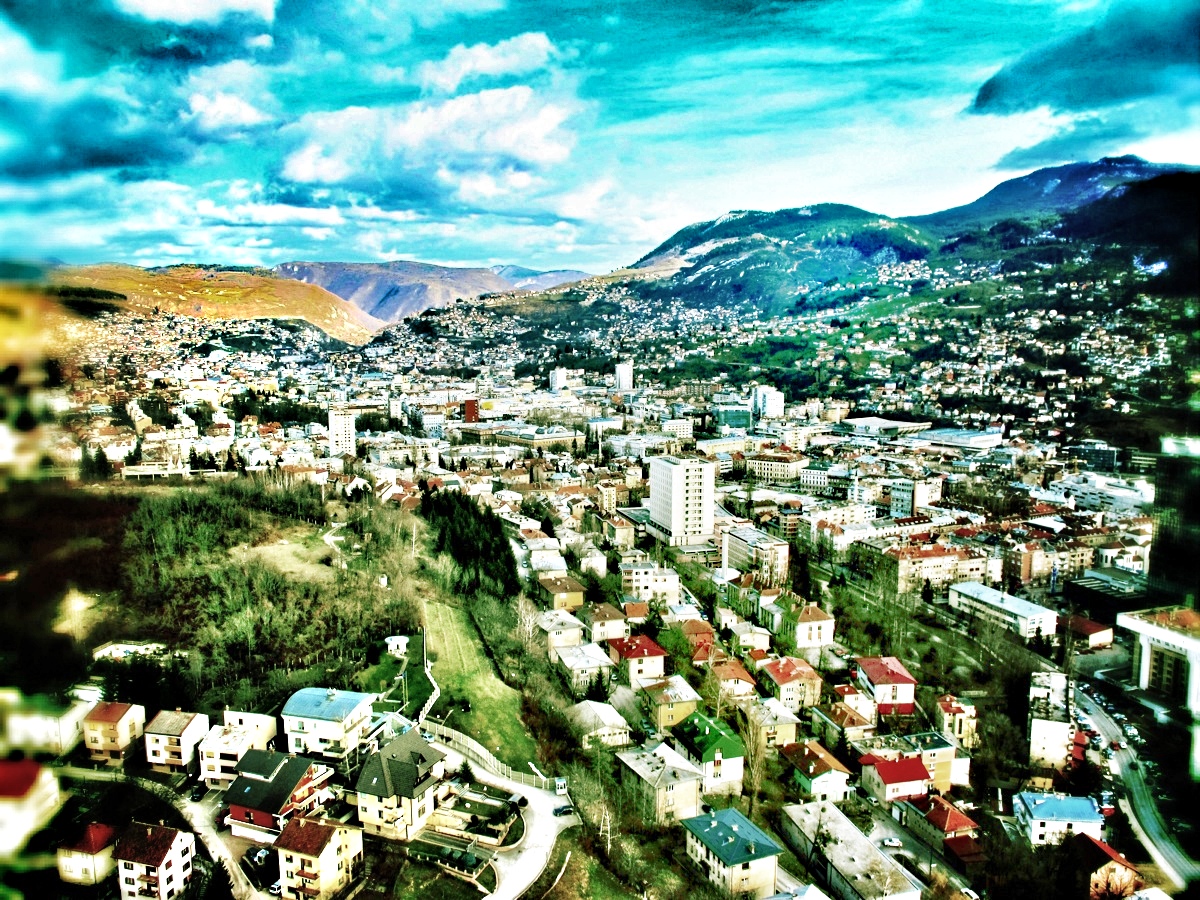 In a recent interview I did for Cezar of Imperator Travel, I named Sarajevo as one of my Top 5 Eastern Europe. I placed it in the Number 3 position, but in retrospect it shouldn’t have even been on that list at all. Nope, it’s in the Balkans – a region so non-Eastern European in my mind.  I did it anyways though because I will take any chance I can get to profess my love for this place.

Quite simply put, Sarajevo is one of the coolest cities I have ever been in, definitely one of the best in all of Europe and one you should go see now.  It is also by far one of the most affecting places I have traveled to on so many different levels. Even just thinking about it now and going through my photos, I am overwhelmed by a variety of emotions. Happiness, sadness, pride, anger, excitement, worry, affection. They are all there.

For whatever reason, I love comparing cities to people. Sarajevo is that person you know who has been through so much darkness in their life, more than you could ever imagine, yet they don’t dwell on it, they don’t want you to feel sorry for them. If anything, they want you to enjoy the moment with them and instead tell you about all the wonderful things that have happened in the most humble way possible. You know that behind that big smile and warm welcome there is pain, lots of it, but the fact of the matter is that we are here today so let’s make the most out of it. That mentality. Those kinds of people are the epitome of inspiration. Sarajevo is the epitome of inspiration.

It’s also freaking GORGEOUS. I didn’t expect to feel so close to nature here but it’s completely surrounded by rolling hills with the Miljacka River calmly passing through. I was there in mid-March when there was still a bit of snow, but I can imagine in spring and summer this place gets lush.

Sarajevo also rocks multiculturalism like no other place I’ve been to before. One minute you feel like you are in Istanbul and then Vienna the next. Yet no matter how cosmopolitan and pivotal this city has been throughout history, it has retained this unexplainable coziness. The second you start wandering its streets you feel almost immediately at home, regardless of where you come from.

Of course it’s hard not to bring up the war when talking about any place in the Balkans because it’s still so obvious, physically and emotionally, but I think what surprised me the most about Sarajevo is what I mentioned before – they don’t dwell on it. They want you to be aware of what happened and not forget, but they are also eager to move forward and not let those awful times overshadow all the greatness it has to offer.

I am convinced Sarajevo, and Bosnia-Herzegovina for that matter, will blow up over the next couple of years as a major tourist destination in Europe. So much natural beauty, so much potential. So whether you are already traveling around Europe or have plans to in the near future, I just wanted to give you a heads up, a warning if you will – do not miss Sarajevo!