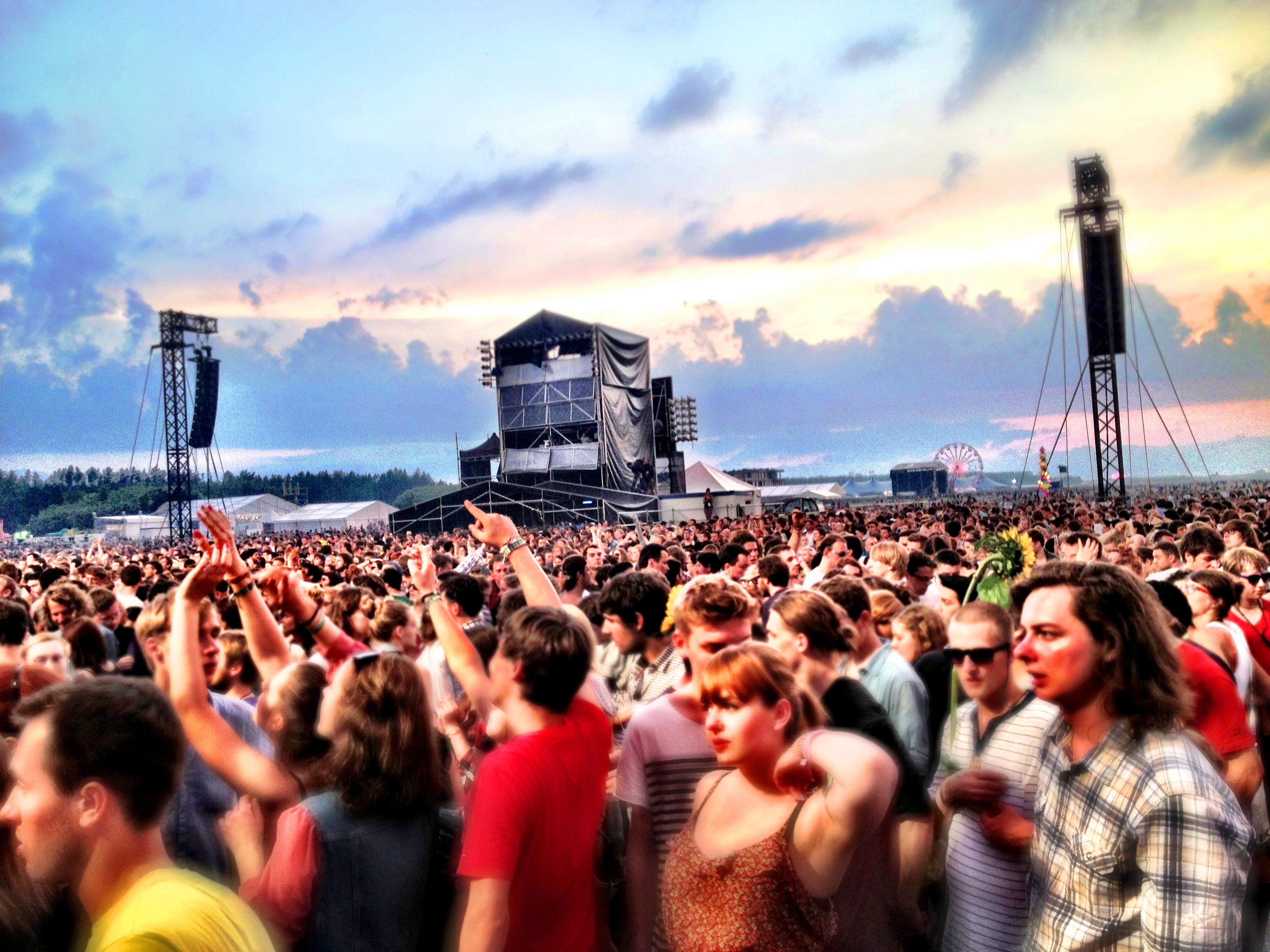 I just got back to Sweden after being in Poland for 10 days and although it felt as if I just blinked and it was over, SO much happened during that time. That is one of the things I love most about these random, unplanned trips I take – I never know how things are going to turn out, who I am going to meet, what I will end up doing…yet it always comes together in the end, always way more fulfilling and eventful than I could have predicted. For the most part.

Since this week is going to be full of happy stories about my time in Warsaw, Gdynia, Gdansk and Sopot, I figured I’d just get the only crazy one out of the way. It’s about the night I got robbed at the Heineken Open’er Festival.

For those not familiar, Heineken Open’er is a huge music festival that takes place every summer up in Gdynia, Poland – not far from Gdansk. I had never been and was extremely excited to learn it was not only going to be happening while I was in Poland, but also that my friend would be working there with Gogol Bordello.

So I took a bus from Warsaw to Gdansk, made my way to the festival in Gdynia, and learned that not only would I have a pass to get in on the first day, but that the pass was all-access and good for the entire festival. That is worth more than gold in my world so needless to say, I was over the moon.

Once I got into the venue which was an old airfield about 30 minutes out from the city center, things just kept getting better and better. I knew it was going to be a lot more pleasant hanging backstage than out in the mud where they were only serving Heinekens, but I didn’t expect it to be absolutely fabulous. I would have been content just hanging in the plush dressing room area the entire time, but my friend suggested we go on a little outing and check out catering for a bite to eat before their set started.

Now, I’ve seen a lot of backstage catering areas in my days, but this one was truly out of this world. We spotted the usual buffet area and started heading there first but then stopped dead in our tracks as soon as we noticed a more formal, sit-down sushi restaurant off to the right. Next to Bjork’s dressing room. Only problem was that we had forgotten our meal tickets back where we had come from, oops. Luckily there was a nice girl working at the front who sorted us out and made sure we not only got some food, but that we also got it fast as we were a bit short on time. What a nice girl…

After a meal of sushi fit for a Polish king (or Japanese emperor), we rushed back to the stage just in time for him to set up. This is when things started to get amazing. Drinks were flowing backstage, reconnections were being made. The show was absolutely incredible, it always is. If you haven’t heard of Gogol Bordello you should go check them out now.

Finally around 2am it was time for them to hit the road so we said our goodbyes, they hopped on their tour bus, and were off into the night. As was I, a little lost on how to get out of the place, but with a huge smile on my face nevertheless. That is until I ran into Nice Girl from catering again.

In a sea of faces exiting the backstage area I spotted hers and thought “Cool, friend!” so I went to say hello and ask for directions. She was standing next to some sour-faced, portly chick who got on her phone almost immediately after I walked up and wouldn’t stop staring me. I don’t remember what Nice Girl and I were talking about the whole time, but she seemed kind of on edge and was watching her friend watch me. Something seemed funny but my biggest concern was finding my way to the shuttle buses that took everyone back to the city center so I stuck around. I remember thinking it a bit strange that she couldn’t give me a straight answer considering she worked there…

A couple minutes later some dude they seemed to know walked up and they told me to go with him. “I’m assuming you are showing me which way to the buses, yes?” I nicely asked to which he responded “Yes”. So I followed.

This is when festival mud really hit the fan. He stopped me right before we got to the exit that went out to public area of the festival, ripped the pass from around my neck, and pushed me outside of the gate. It took me a second to fully process what had just happened…I just got robbed!

As soon as I realized this, I tried to run after him but the four security guards standing there wouldn’t let me go back in. They had all witnessed the entire thing unfold but somehow could care less and just keep saying “Not our problem, you don’t have a pass anymore so you can’t come back in”. They had to have been in on it somehow.

I can’t write here what words/phrases/gestures were exchanged between me and them throughout the next 10-20 minutes, but I will tell you it wasn’t a pretty sight. There were threats, tears, calls to the police…

As much as they were in the wrong for not doing anything to help me, I have to admit I was pretty lucky I didn’t get thrown into a Polish jail for the night because I really did cause quite a scene. It definitely would have made for a more entertaining blog post, but it also would have put a major damper on the rest of my time in Poland. I finally just had to walk away from the situation and come to terms with the injustice and the fact that my pass was long gone.

The big lesson I learned that night was be aware of EVERYTHING you have on you that might be of value. While I didn’t get robbed of my cash, I got robbed of 3 more all-access days at the festival which was actually worth much more to me than whatever zloty amount it would have sold for. Also, don’t always trust that security guards are going to be there for your security. Not sure how much those guys got paid but I guess it wasn’t enough to do their job. That was a huge disappointment but I suppose it could have happened in a lot of places.

Thankfully, the story does not end there. Flash-forward 45 minutes and I am sitting in a 24-hour Subway waiting for the next bus home and trying to make sense of everything that had just happened. I reach in my purse to grab my bus ticket when low and behold – I find my friend’s crew pass! Totally forgot I had picked it up earlier “just in case”. The day was saved, my week in Gdynia turned out to be saved! The old adage “all’s well that ends well” could not be more fitting and well, here is where the story ends.