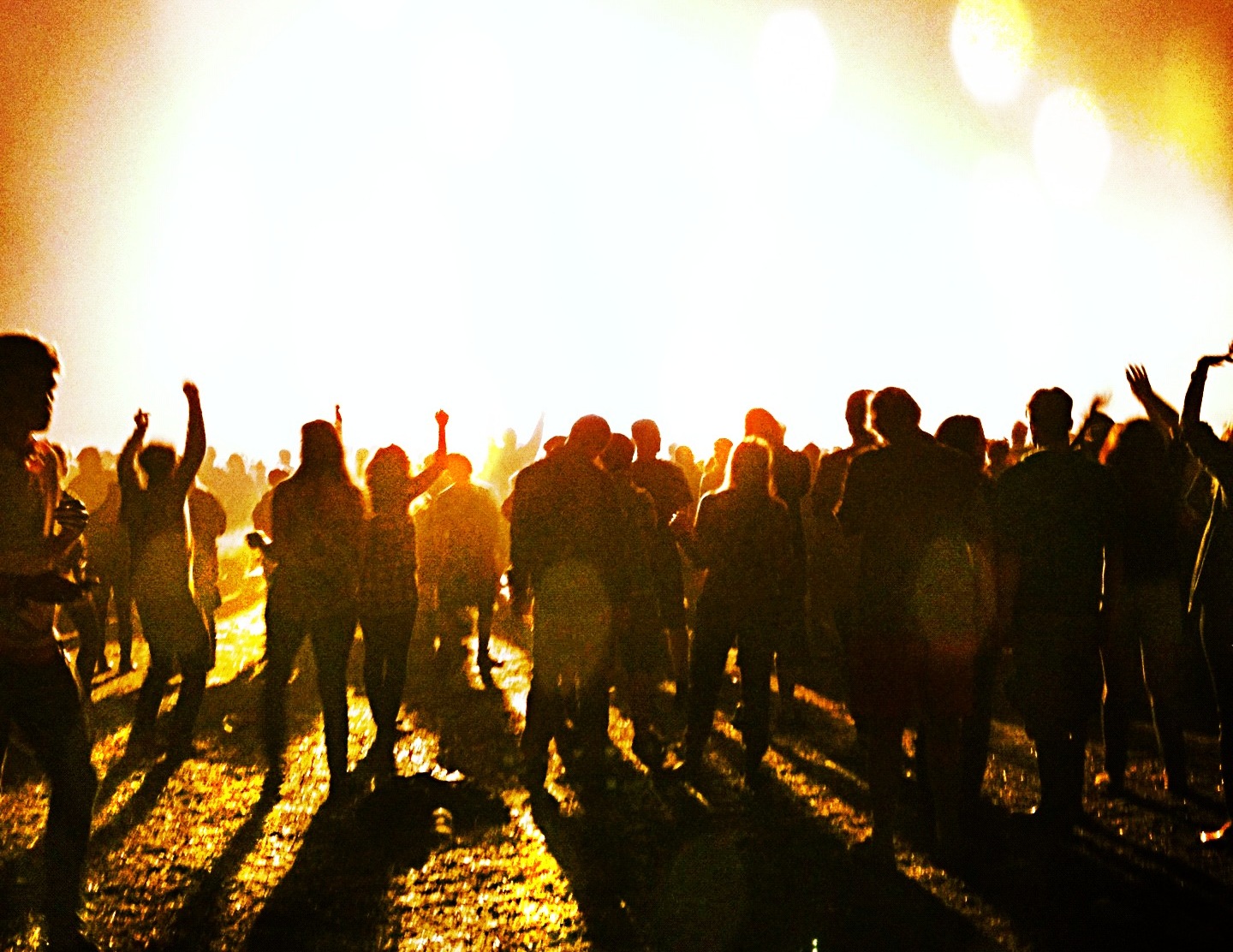 The Heineken Open’er Festival in Gdynia is pretty much what defined my latest trip to Poland. I have tons of video footage from the shows and will be putting together something with it soon, but just wanted to list the highlights and show some photos.

Not having to camp

Are you kidding me? Look at this, grossness.

I might consider it for a night if there was a good party going on. Maybe even a couple of nights if I had some luxurious tent with ensuite bathroom and shower, but chances of that are slim to none. Plus, if I had been forced to camp, I never would have been informally adopted into the most wonderful Polish family from Gdynia.

Ok, not with Bjork, but directly next to her dressing room. Not sure if we were supposed to be there judging by theses peoples’ faces but we did it anyway and it was glorious. Who knew Poland had such good sushi?! Even New Order thought so.

I ended up in Poland because a few months ago I decided to play “vacation lottery” and bought a really cheap Wizz Air flight to Warsaw. I didn’t know if I would be able to go or what I would do if I went, but it all turned out perfect. Almost as if someone or something had been planning it for me all along, making sure I’d have friends to meet up with and activities to partake in. That’s why when I saw this huge billboard behind Gogol Bordello’s tour bus at the festival, I had to smile.

The first time I met Gogol Bordello was in Warsaw in 2009. Saw them again a couple times last summer when I was doing the whole festival tour thing with The Sounds, and now we reconnected once again in Gdynia. They are so super cool – not only the band, but everyone working with them. They are one of the best live acts I have ever seen so it was a real treat getting to watch the entire show from the stage and in great company. It was hands down my favorite night.

Watching New Order from the stage

Getting robbed of my backstage pass

It wasn’t a funny story when it was happening, but it kind of is now. I wrote a separate post on the whole ordeal, but what you need to know is that someone forcefully stole my backstage pass off of me the first night. The worst thing was that the security guards working there witnessed it all and wouldn’t do anything to help me. So I raised hell.

If you’re wondering why these guys are hiding their faces, it’s because I told them I was going to email the photos to CNN so the world would be aware of the types of things that were going on around there. In general I am a pretty nice girl, but if you are going to act ridiculous towards me, I will act ridiculous towards you. End of story.

Watching Justice for the first time

I’ve always liked Justice but skipped their shows every time they came through town. What a mistake that was, they are seriously awesome live. It was like 1 hour of pure dance party from start to finish complete with the most intense light show ever. It really got me wondering why they played on the 5th of July and not the 4th, if you Americans know what I mean. The video I got of it was great, be on the look out.

Being personally invited by Public Enemy to watch their show

On the third night of the festival a bit more drama occurred, but this time I had some friends to back me up. Public Enemy friends.

Incidentally, the extra pass I uncovered in my purse on the first night was actually a Crew Pass for the World Stage (there were 4 stages, each with separate entry passes & wristbands). I knew it might raise some questions at the entrance as I guess I don’t look very “crewish”, but I still managed to get in the following two nights.

Public Enemy happened to be playing on the World Stage the third night and seeing as I am a big Public Enemy fan, I thought it would be a good idea to try and watch them from on stage. In my mind I was part of their “crew”.

So I make it past the World Stage gate and am waiting for them to go on when some festival employee appears out of nowhere and starts inspecting my pass and wristband. I’m not 100% sure because of the language barrier, but I think the colors of the passes may have changed every night and basically I was busted. This time it was totally my fault, I shouldn’t have pushed my luck. I tried to make some elaborate excuse as to why I should still be allowed access but before I knew it, reinforcement in the form of a two butch “festival manager” ladies had closed in on me.

Another pass down the drain. It was confiscated from me again, but this time without resistance. They finally walked away and left me with the first guy I had been dealing with who was then supposed to escort me out. I wasn’t down with that so I decided to take matters into my own hands.

Since we were standing right there by the stage and I could see everyone starting to walk up onto it for the show, I just did it too. Fast. The guy immediately starts yelling and running after me, but it was too late – I was already under the protection of Public Enemy’s private soldiers.

They were the first people I ran into once I got up there and so I said something like “They took my pass away, but is it cool if I stay??” to which they very nicely responded “Hell yeah!” See, I told you I was a part of their crew. I had festival immunity for about another hour or so since the guy saw I had been personally invited but I knew that after it was over I was going to have to leave and not come back. So I just LIVED.IT.UP.

In my opinion, watching Public Enemy from the stage was the perfect ending to my Heineken Open’er Festival adventure, regardless of whether it was forced to be or not. The XX and Bat for Lashes were playing on the last night which would have been cool to see, but overall I think I saw almost all the bands that I really wanted to. Great success.

Songs to Rock While Traveling the World – Volume 1