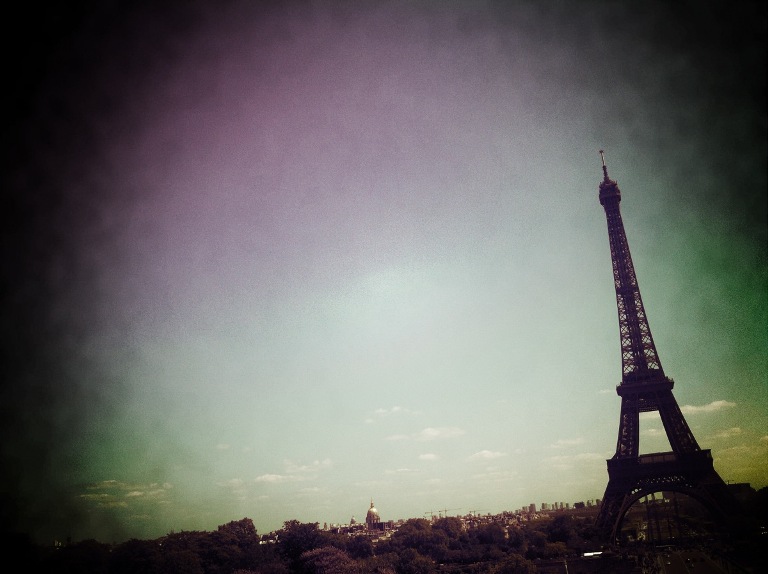 Sadly even the sixth time was not a charm last May when I spent four nights in the most overrated city in the world. Paris fans, you might just want to stop reading right now…

Or don’t. The thing is, I have no hard feelings towards the City of Light. I am an equal opportunity traveler and do realize that there are pros and cons to every place, but every time I have been there it has just been con after con. I’m also tired of hearing how “amaaazing” Paris is when there are so many other cities in Europe and France that are equally as beautiful, cleaner, and much more pleasant.

Instead of being bitter though, I basically came to the conclusion that Paris and I are just not meant to be. That doesn’t mean we can’t be friends, and more importantly, enjoy it with friends should the opportunity arise like it did this past May. Joining up with me this time were two of my favorite girls from Asia – Yanzi Z from Beijing who had just moved to Paris with her husband and my Japanese sister, Aiko from Osaka, who came over for the weekend from London.

Paris may not have won me over the sixth time around, but it didn’t matter. Hanging with these ladies is ALWAYS a good time and in the end that’s all that matters when traveling.

So out of all Paris apartments, Yanxi happened to be living in Bulgari’s apartment. Yeah, that Bulgari since her husband works with them. It’s right in the middle of the city which made it easy for us to do what we do best: wander around and drink rosé/champagne in public places.

And how fitting that our first impromptu picnic took place on Pont des Arts – one of the most unromantic spots in the city. Unromantic, you say? Sitting in the midst of several hundred “locks of love” in the most romantic city in the world, it is easy to overlook what’s really going on here. This bridge isn’t for lovers, it’s for suckers on lockdown and I think most would agree that there is absolutely nothing romantic about that. If you don’t agree with me, maybe you will agree with the Parisians.

Unfortunately (and FYI), drinking rosé/champagne or any other kind of alcoholic beverage in public is forbidden in the city of Paris so our picnic only lasted for so long. We got shut down by the po-po on Pont des Arts, but thankfully they were cool about it and no arrests were made.

Our stamina, however…well that could never be shut down so we continued our wandering.

I guess the moral of this story is that good friends make everything better. Even cities that have done you wrong. It’s also proof that Paris can be just as enjoyable, if not more, with friends. Contrary to popular belief, it is not all romance and roses there so if you’re waiting to go with some lover because that’s what happens in the movies – DON’T. Take them to Lisbon instead.

Paris is a legend as far as European cities go, there is no doubt about that, but I am still always going to think it is overrated. Or at least be skeptical of its grossly inflated ego. I think my main problem with Paris is its narcissism – I’ve yet to encounter any humility there and to me that is a big deal. I’m definitely not ruling out the possibility that someday I will and that it will grow on me, but I do know that I will never go again hoping for that to happen.