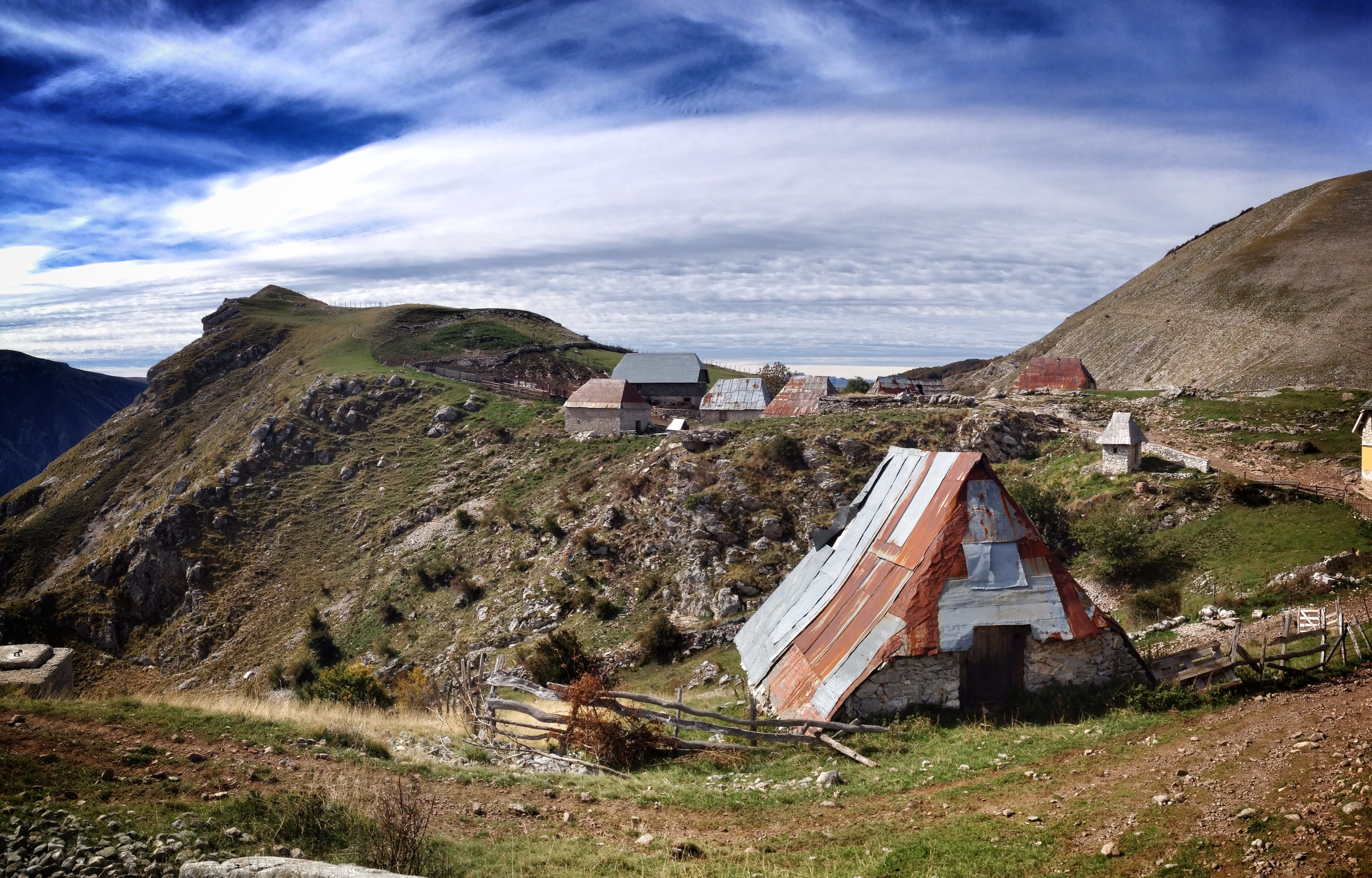 First let me start by introducing this little mountaintop dwelling properly. It’s about an hour and a half from Sarajevo on Bjelasnica Mountain and was known as the highest and most isolated permanent settlement in Bosnia. Keyword is was because two years ago residents started moving down for the winter, many to their families in Sarajevo.

Winter gets tough up there and seeing the conditions in which they live I couldn’t imagine things being any other way when temperatures get below freezing and roads are blocked with snow. But this is just a technicality really because regardless of how many months out of the year they are living there, Lukomir just might be the last remaining village of its kind in Bosnia.

Around the same time Sarajevo was under siege in the 90s, so were these mountains, but thanks to Lukomir’s isolated position, Serbian forces couldn’t get to them while all the other surrounding villages were completely destroyed. As a result, Lukomir remains a tiny “window into the past”. At least until the tourists start to arrive.

Sad to say, but it appears that these days Lukomir is in danger of being destroyed not by weapons of mass destruction, but rather mass tourism and a dying population. Most of its residents, at least the OG ones, are all 60+ years old and outsiders who see it as a business opportunity rather than a historical site in need of preservation have already moved in and started to take over. Below is one of the first signs of its authenticity’s death. A bar. In a traditional Muslim village.

This may have been one of the only times in my life I wasn’t happy to see one, but I can see how it works. Tourists love bars/cafes/restaurants and the only other place to get food and drinks up there for day trippers and hikers is in the homes of the locals which is what we did. Lunch and kafa at Rahima’s house – grandmother of one of the ladies who works for Green Visions which is the tour company that arranged the trip up there for me.

Because of that family connection and their policy to pay local partners fair prices, I felt good being there, but in general, I have no idea what sort of operation other people/companies are running. The way the rest of those Bosnian mamas were trying to hustle a sale of some pita and socks on us as we were walking through the village after lunch made me sad, but I suppose this has been happening in one way or another for centuries. It’s just a little more disturbing when they are simultaneously rocking a Britney Spears t-shirt..

So what to say about Lukomir… I had a lot of mixed feelings leaving and still do even weeks later. On the one hand, the last thing I think Lukomir needs is more tourists until it receives some sort of help to balance the ones it’s already getting. Clearly its “protected” status by the government hasn’t helped much in the way of stopping non-traditional buildings from going up. Nor does it seem to be helping much with the maintenance of the native ones.

On the other hand, it is a really unique spot in Bosnia that I couldn’t recommend a visit to enough. The surrounding scenery will take your breath away, especially if you are up for some hiking, and even though they are more connected to modern society than ever before, there is still an old world feel to it that you can’t really find anywhere else in the country.

Final verdict is GO and GO NOW if you have the chance, just make sure to do so responsibly. If you are not planning on hiking up there from a lower village, go with a respectable tour company. Try to avoid large group tours. Don’t support the non-local establishments there. And if you happen to see Rahima hanging around, please tell her I said hello.

6 Things You Shouldn't Miss (But Might) in Sarajevo, Bosnia & Herzegovina