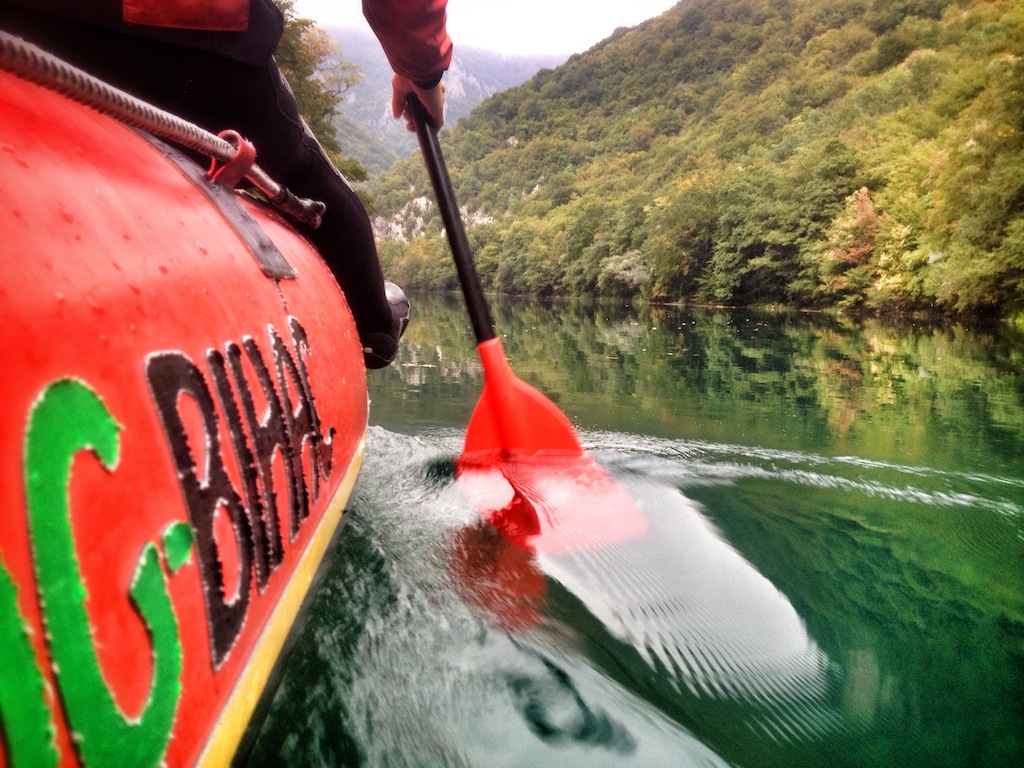 The last portion of my Via Dinarica journey through Bosnia and Herzegovina was an interesting and enlightening one.

Staying with Stana in Bosansko Grahovo

After our action packed day in Prokosko and Bugojno, we went west to Bosansko Grahavo, the poorest municipality in Bosnia, to stay the night with a lovely lady named Stana who runs a small bed and breakfast out of her home for hikers.

Stana’s son who now lives in Belgrade single-handedly marked the trail that runs from her house up to the summit and lake on Šator Mountain which we didn’t have time to hike, but Kenan says it is one of his top 5 hikes on the entire Via Dinarica trail so it must be good. He also marked from the main road there to the Troglav summit on Dinara Mountain.

Unfortunately the language barrier prevented me from talking more in depth with her myself, but from what I could gather through translations and the look on her face, her son’s trail work is an incredible source of pride. And for good reason.

Neglusica, the tiny village in which her house is situated, was completely destroyed during the last war as was most of the municipality – something like 97%, urban and rural. Driving through you can’t help but get a sense that this is a corner of the country that has been largely forgotten about as most of these villages still remain abandoned piles of rubble nearly 20 years later.

When Stana and her husband returned after the war in 1999, they found just a few walls of their home standing. With a little help from UMCOR (and I mean little), her husband eventually rebuilt it into the adorable compound it is today, but it was a very slow process considering electricity didn’t fully return there until 2002.

When asked why they decided to return in light of how difficult it would be to rebuild their lives, her answer was simple: it was “home” and her husband wanted to die there. Bittersweet to say that a couple of years ago he eventually did.

Though we didn’t do much in that spot except have one of the best home cooked breakfasts I’ve had in a long time and hang around drinking rakija and coffee with the neighbors, staying with Stana perhaps left the biggest impression on me in terms of what Via Dinarica represents more than anything else.

Far more than this trail being a means to physically connect the mountains of the Western Balkans for nature lovers and tourists, it is a means to economically and emotionally connect them by giving the people living there a chance to earn a livelihood through eco-tourism in places where prospects for much else are slim to none.

Having spent quite a bit of time in Bosnia at this point, I see this as vital considering one of the country’s greatest assets is its natural beauty and without an incentive to keep it clean and protected, people just won’t. Life is difficult, “sustainability” is the last thing on many people’s minds. Survival is the first.

The two need to go hand in hand and I think they can and eventually will. It’ll just take more time, understanding, and wonderful people like Stana and her son to lead the way.

Biking and rafting around Bihac and Una National Park

After saying a heartfelt goodbye and “best of luck” to Stana and Bosansko Grahovo, we were off to Bihac where we stayed for our last two nights in Bosnia. It’s situated in and around Una National Park – one of only three national parks in the country. With just one full-day to check out this place’s magnificence, you can bet we got fierce with the activities again.

First order of business was a 13km bike ride from near one of the entrances to Štrbački Buk, one of Bosnia’s most popular waterfalls.

From below Štrbački Buk we were supposed to raft down the Una River 15 kilometers – at least that’s what I thought. I nearly had a heart attack when I realized where we suited up and hopped in was actually upriver from the falls. And 3 minutes later we were staring at the edge of the falls. I decided to put together a little video of the occasion in case you had any doubts.

You’ll see there was some jumping action which was also unexpected, but pretty fun to watch. Dudes be crazy.

Even crazier to me was that fact that some parts of the river we passed bordered Croatia, we could literally swim 5 minutes across it was so close, yet it was 100% off limits as stepping foot on their soil could lead to some jail time on the basis of an illegal border crossing if we ran into some authorities. Borders can be so funny…

Following along Via Dinarica in Bosnia & Herzegovina was good times. I saw parts of the country that most visitors don’t get to see not because they are hidden or incredibly difficult to get to, but because most visitors simply don’t know about them. That needs to change and it will change – the only thing that you, the traveler, need to decide is whether or not to wait around for that time to come or go while it’s still relatively “wild”.

As your gypsy attorney, I’d advise you to do the latter based mostly on my experiences after crossing the border for Via Dinarica Croatia. Totally different as you shall soon find out.

The Via Dinarica project has been made possible by the generous support of USAID and UNDP BiH.

TO THE BALKANS/EURASIA/THE CAUCASUS & BEYOND : Hitting the Road - Sarajevo to Tbilisi