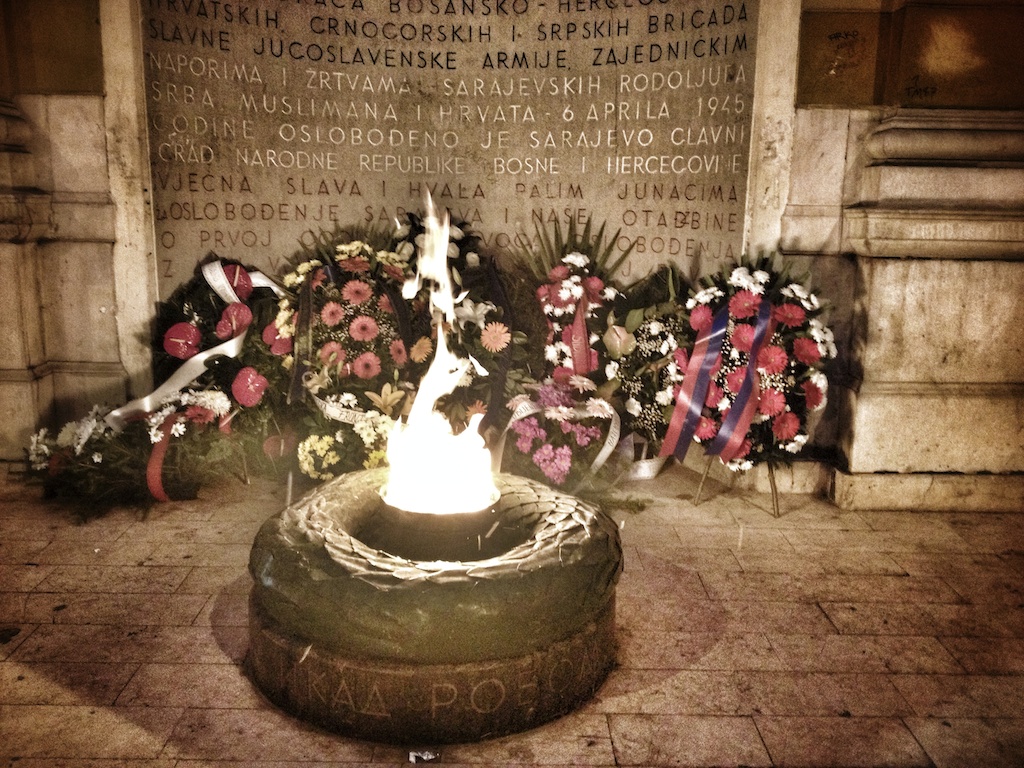 In this edition of “6 Things You Shouldn’t Miss (But Might) in Sarajevo”, the final edition, I shall be revealing six more interesting places and events that need to be seen should you ever travel to one of my favorite cities in the world.

Since timing is everything and 2014 is set to be a big year for Sarajevo, there really is no better opportunity than now to plan a trip to the capital of Bosnia & Herzegovina, and I’m not the only one who thinks so. Kudos to National Geographic for including it on their yearly list of places to visit, just to name one of the big ones I’ve seen telling the travel world what I’ve been screaming for a couple of years now.

So. Let’s get down to business, shall we?

1) 100th anniversary of the assassination of Franz Ferdinand

On June 28, 2014, it will be exactly 100 years since Archduke Franz Ferdinand, heir to the Austro-Hungarian empire, and his wife Sophie were assassinated. One hundred years since Gavrilo Princip, member of revolutionary group Young Bosnia, fired two fatal shots (without a cheese sandwich in his hand) as the royal couple’s open motorcade drove near the Latin Bridge pictured below. One hundred years since the city of Sarajevo essentially became synonymous with the breakout of the First World War.

While you can see the scene of the crime and visit the nearby museum with an exhibition dedicated to it year-round, lots of interesting things are scheduled to take place in Sarajevo throughout June making it an excellent month to go. Conferences, bike races, art exhibits, a concert by the Vienna Philharmonic at the new City Hall…you can check out all the events here.

In case you end up missing the big centennial of Franz Ferdinand’s assassination in June, don’t be sad. You’ll be happy to know that there is a place for you to immerse yourself in the historic event 365 days a year. A really, really sexy place.

Franz Ferdinand Hostel is one of Sarajevo’s newest hostels and one of the best I’ve seen in the Balkans. While there are a couple of other really great hostels that have opened in the center of the city over the past few years, Franz Ferdinand has taken it to another level.

Let me be the first to tell you, because it seems they are a bit shy to do so themselves and ’boutique’ doesn’t do it justice, this is a luxury hostel. The first one I’ve seen in the Balkans aside from Croatia. Not that I am an expert in luxury hostels like some of my friends, but I’ve stayed in my fair share of them over the past couple of years and Franz Ferdinand is definitely tantamount to most. It’s rates are also highly competitive with all the other hostels around so you’re not going to pay much more for some pretty impeccable standards. Plus, who wouldn’t want to fall asleep under the affectionate (or kind of creepy) gaze of Franz & Sophie?

Anyone can order a Bosnian coffee, or bosanska kafa, while in Sarajevo, but will they drink it the proper way is the question. I certainly didn’t know what to do with myself and the džezva that was placed in front of me the first time I decided to forgo my usual cappuccino.

Luckily I had a Bosnia guy to show me the way and wouldn’t you know, that Bosnia guy’s face happened to show up in one of the first videos I found while searching Youtube for some drinking instructions to pass on to you. A real pro and coming at you from nowhere else but the lovely mountaintop village of Lukomir – allow my friend Tim to teach you everything you’ve ever wanted to know about the magic of Bosnian coffee…

As for the best spots in Sara to get your Bosnian coffee fix, my personal favorites are Kolobara Han if it’s just atmosphere and coffee you want, Dibek if you’d like it with a side of shisha, and Barhana for chasing it with some rakija (one of the best selections of it in town).

It’s hard to recommend doing something that ultimately made me want to go back to the hostel and curl up in a ball for the rest of the day, but I think it’s the most important gallery in Sarajevo. Perhaps the most important gallery in the country, for that matter.  And that is Gallery 11/07/95 which opened in July 2012 as a memorial to the victims of Srebrenica, the deadliest massacre on European soil since World War II.

Through photos, videos, and audio, the exhibition seeks to preserve the memory of those who suffered and are still suffering from this unspeakable tragedy while simultaneously educating visitors about what happened. And what is still happening.

Estimates place the number of murdered around 8,000, but due to the scattered nature of the mass graves, work on identification of the bodies is still taking place almost 20 years later. This exhibition is truly heavy and there is a lot of information so thankfully once you’ve bought a ticket, you are free to come back another day to pick up where you left off if you need to (just keep the stub).

Note: If you’d like to take it a step further, you can also pay your respects at one of the mass funerals that occur every year in July for the newly identified victims 2 hours away in Potočari.

I usually have a spot in the cities I visit often where I like to go to say goodbye and/or hello. In Sarajevo, the Yellow Bastion is that spot.

It’s a mild, uphill climb from the center (about 7-10 minutes from Baščaršija) and where you will find one of the best views of the city. There’s also the White Bastion, Bijela Tabija, a bit higher up and almost twice the size, but it’s much more of a hike (getting there by car or Bus 51 is the way to go) and in my opinion, the view isn’t much better.

Shameless plug, but I’m paying for this space so might as well make good use of it, right? Anyhow, if you’ve been hiding under a rock or this is your first visit to the site, I’m leading a group trip through the Balkans in May & June 2014 and would love for you to join. If not for the entire trip, then maybe for a rakija or two on one of the nights we hit the town.

Whether you’re a local Sarajevite, a traveler who happens to be passing through at the time,  we’re into the idea of connecting our friends with you and yours – and what better place than an interesting venue in wonderful Sarajevo? We’ll be there the middle of May and June, but you’ll just have to keep an eye on my Facebook page for specific details like exact time and where this meet up will occur which will most likely come only a few days before.

That’s it from me for this “series”, but feel free to add anything else you think those visiting Sarajevo shouldn’t miss while they are in town if you are in the know. Hvala!