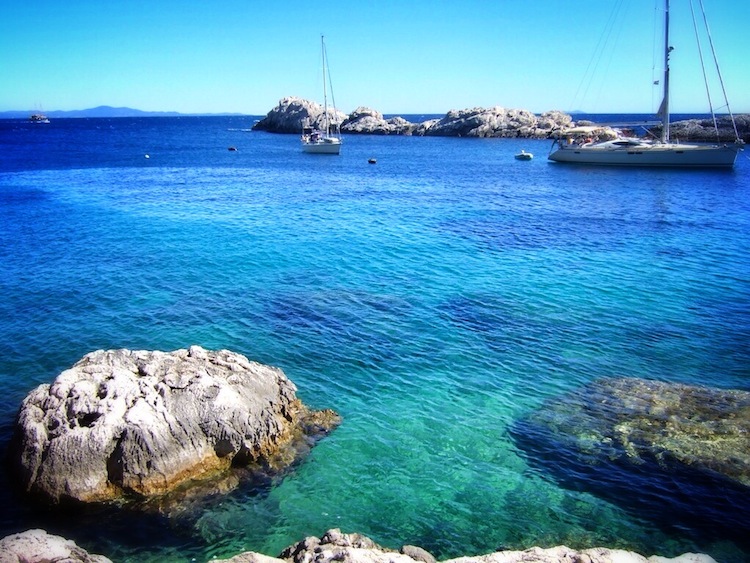 Ah, travel. My one true love. At least for now, while I wait for the one who will ultimately be cool having frequent threesomes with the two of us for the rest of their life.

While there are a million things that I love about travel, one of the really big ones that always keeps me coming back for more is the fact that it’s never the same. There is always variety even if you’re taking a trip to a place you have visited once before or 100 times before.  I’ve found that even if the place itself doesn’t end up changing all that much, circumstances and people always will and for that reason you will usually have a different experience.

This is really an amazing phenomenon in my opinion and why I was super excited this past September when the Via Dinarica team asked me if I wanted to stay a bit longer on the trail with them to explore the mountains and hinterland of Dalmatia, Croatia. It had been a little over six years since I was last in the country and as the most recent member to join the European Union, I knew it probably wasn’t going to be exactly the same as I left it. And it wasn’t.

Though I only had time to revisit Split, just one of the three towns I hit back in 2007, it definitely felt different in the best possible way and now I’m inspired to get back as soon as I can for more. There is so much to see in southern Croatia, it’s ridiculous. With over 1,240 islands, this is one region that seems almost impossible to get bored with..

Here’s a little taste of where I’ve been, where I hope to return, and where I plan to go next in the coastal region of southern Croatia.

Hvar Town was incredibly sexy then, and it’s probably just as, if not more sexy now. It will always have a very special place in my heart not just because its waters were some of the most beautiful I’ve ever seen, but also it’s where I lost my rakija virginity – of the ‘home brew variety’. With that said, I will definitely be back. Mostly because I can hardly remember half of it.

Where I’ll go next: boat taxi over to Sveti Klement/Pakleni Islands – it looks and sounds positively stunning.

If things like cruises are your thing, Dubrovnik is perfect for you. It’s probably the town I am least interested in going back to though purely because I found it to be overcrowded even in 2007. Not that all of these places I am mentioning don’t get jammed with tourists as well, it’s just the system in place there that for whatever reason really rubs me the wrong way. Excellent place to check out dudes in speedos though, that is for sure.

Where I’ll go next: Lopud, the two mile-wide island blessed with sandy beaches just a short ferry ride from Dubrovnik. Will also have to check out the abandoned Hotel Belvedere as well – that thing looks crazy and surely not where most of the crowds I would be trying to avoid are hanging.

I only had time for a glass of rosé in Makarska before we made our descent up the Biokovo mountains, but I found it to be quite cozy. It’s at the very center of the Makarska Riviera which is a 37 mile stretch of riviera-ness.

Where I’ll go next: Not sure I’d return for the Riviera, but I’m definitely down to make the one hour ferry journey over to the adjacent island of Brac, third largest island among the Adriatic Islands.

I will be back in Split a third time, there is no doubt. I honestly didn’t like it at all on my first visit, but by the second I had already decided it was one of my favorite places in Croatia. Sure, compared to the rest of the coast it’s kind of a sprawl, but being able to eat, drink and sleep inside the old walls of Diocletian’s Palace? Pretty unique, pretty rad. Also, tons of speedos.

Where I’ll go next: Vis, furthest inhabited island and apparently one of the least touristed that takes about 2.5 hours to get to via ferry from Split.

Anywhere else I should go the next time I hit Dalmatia, Croatia? Do you like Dalmatian puppies? Because this is the region they come from. Stay tuned for more on the hinterland – coming soon!

Bled, Slovenia is Amazing....But See Why Bohinj is Even Better