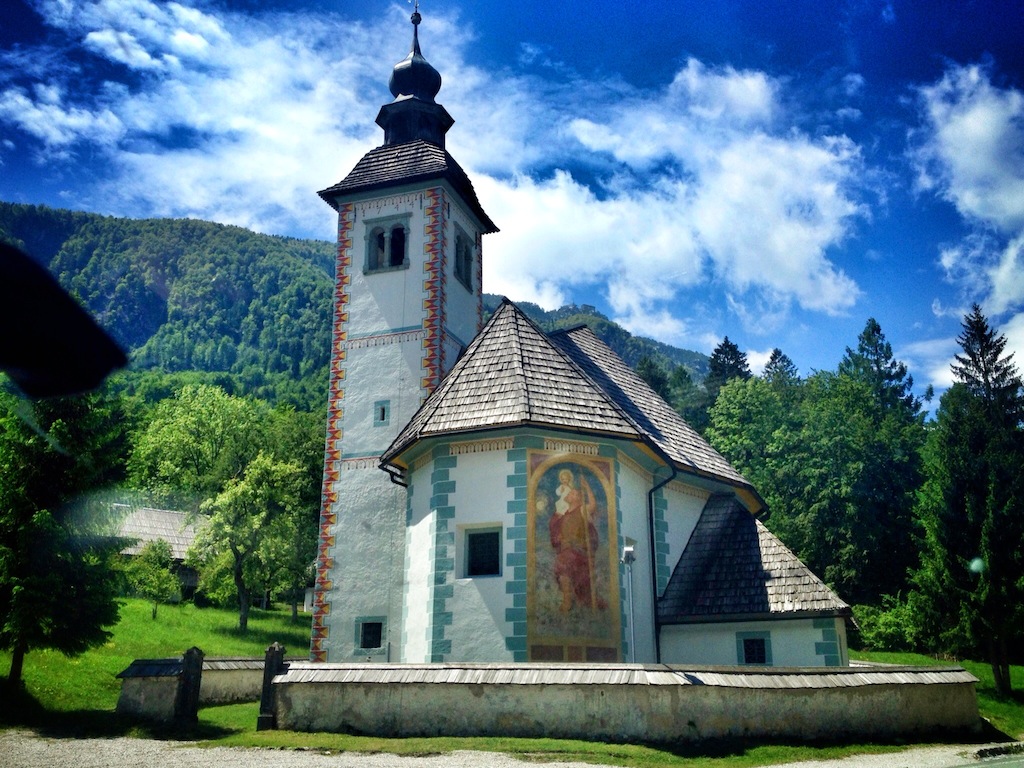 Bled, Slovenia is Amazing….But See Why Bohinj is Even Better

If you have followed this blog at all in the past two years, you probably have noticed something about me and that is I am pretty slow with publishing. I’m also not consistent at all when it comes to scheduling posts and while I get annoyed with myself about this from time to time, sometimes taking a few months – or seven – to fully process a visit to a new country actually brings more clarity. This is especially true when those visits occur in the midst of a very intense, albeit ambitious tour of an entire continent.

With that said, the time is now that I’d like to share with you a bit about one of the most beautiful places I visited last year but have yet to write anything about. Nearly eight months later and thousands of miles traveled since, it is the tiny country of Slovenia that still stands out in my mind as one of the major stars in my metaphorical 2013 travel show.

How can one country be so stunningly green, I do not know. It’s literally one of the most beautiful places I have ever been to and while I did spend a good amount of time in its super cute capital, Ljubljana, it was driving out to Bled and Bohinj that really left me smitten. Especially Bohinj, which you shall soon see….

But first a few words about Bled.

I feel like I don’t need to say much about Bled because, well, it really needs no introduction and has been written about 1,000 times over. As Slovenia’s number one tourist attraction, I guarantee that even if you have no idea where Slovenia is on a map, you are probably visually familiar with the place since it happens to sit on one of the most photogenic and photographed lakes in the entire world.

As is usually the case though, this kind of notoriety comes at a price. Higher rates than most other places in the country and an obscene amount of tourists (especially ones coming in on tour buses just for the day) are things you should be prepared for, particularly in summer. But since you absolutely have to go if you are ever in the area, I have a few ideas that might make it a little more pleasant for you.

Consider visiting off-season. As has been shown before, visiting a place outside of its peak season can often lead to a way more memorable experience. What’s interesting with Bled is that while more people tend to visit during summer, those months are actually the worst in terms of weather. It rains way more June through August than any other season so statistically speaking, winter is the best time to go if crowds and precipitation are of concern to you. I was there at the very end of May and conditions were actually perfect (minimal tourists, blue skies, mild temperatures), but I’m beginning to think I was just lucky. At the end of the day, you never really know what you’re going to get. Interested in seeing what Bled can look like on bad day? Then click here.

Stay longer. Since Bled is less than 60 km from Ljubljana, you can be sure that a majority of its visitors are just coming out for the day, if that. This is great news if you aren’t short on time because it means staying a bit longer, even if it is just overnight, will give you the luxury of seeing Bled in a slightly different light – more specifically, a less-crowded early morning and evening light.

Stay in Bohinj instead. Cheaper, less crowded, and the real deal, Bohinj is only 30 minutes from Bled by car and yet a world apart. Don’t get me wrong, waking up to the above scene off my balcony at Hotel Park one morning felt like something straight out of a dream, but once I stepped outside, there was really nothing that felt authentic about Bled at all except for its undeniable beauty and that’s always a travel bummer. Bohinj on the other hand…in the few hours that I spent there it was hard for me to find anything not authentic about it. And in my opinion, it’s just as gorgeous, if not more.

Quite simply put, Bohinj was another one of those quaint and beautiful places that made me consider putting all future travel plans on hold just to stay there for six months and live the simple life. Stara Fužina (pictured above) is a place I still think about going back to a lot and now that I made some cool friends there, there’s a strong possibility that it will actually happen.

Located inside gorgeously green Triglav National Park and surrounded by the Julian Alps, I really could sit and go on and on about how beautiful Bohinj is, but far more effective in my mind is to show you which is why I decided to make a short video tribute to it as well (big on video tributes these days, make sure you select the HD quality). Set to the sexy sounds of Grimes for maximum impact, of course…

So whether or not Bohinj is actually better than Bled is all relative. At the time of my arrival, it absolutely was for me. I wanted a peaceful retreat and an authentic experience where locals were more prominent than tourists, but that is not to say that everyone headed out that way is looking for the same. Bled is an international superstar that went mainstream long, long ago while Bohinj has always been a national one with similar talent, but over time has preferred to keep things more low pro. In the end, regardless of the style you prefer, both are definitely worth seeing so I do hope you make it a point to spend a bit more time in that area if you can.

Shout out to the Slovenian Tourism Board for graciously inviting me to explore this spectacular region in the middle of my Blonde Gypsy Ambition Tour and to my new bud Grega from Hike&Bike for showing me around Bohinj (he makes a cameo right around 0:26 in the video). I owe him a beer.