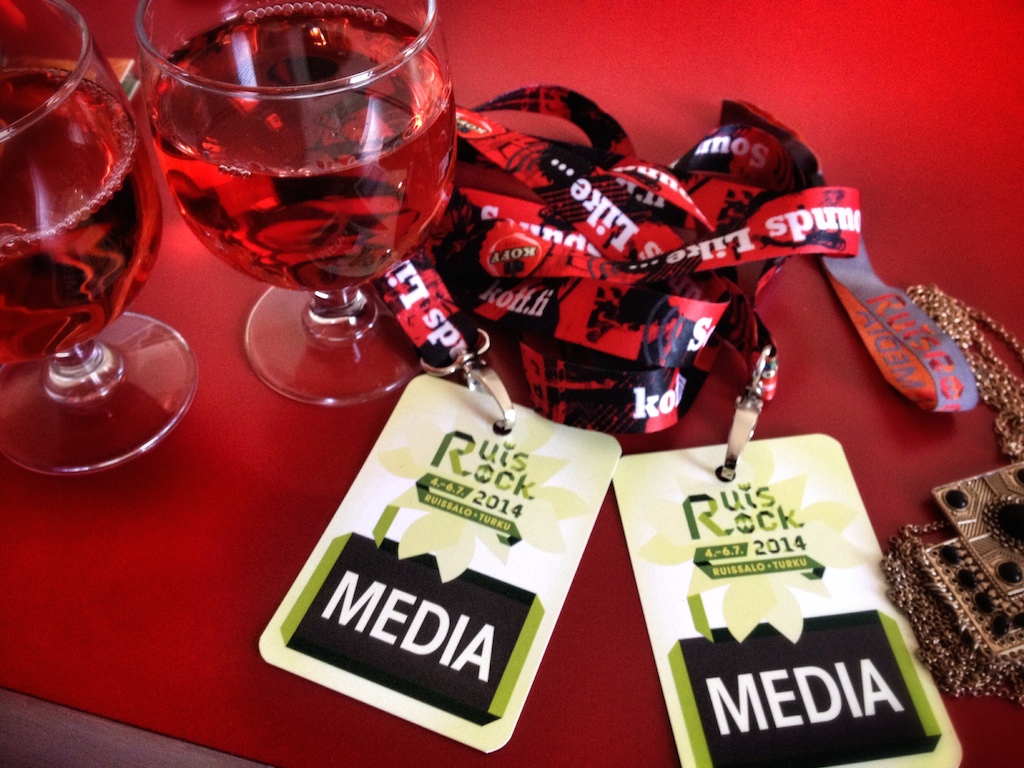 After nearly two months in the Balkans (minus a quick trip to Roma) and after two very successful Balkan tours, the time has come for me to switch things up a bit. For the next 10 days I will be hanging out with one of my favorite Nordic countries – Finland – and its autonomous, Swedish-speaking region of Åland as I make my way from Turku to Stockholm via one of the most beautiful archipelagos in the world. Don’t ask me how to pronounce “archipelago” by the way…

First on the agenda is taking care of some unFINNished business in Turku – rock & roll business that I unfortunately missed out on during Blonde Gypsy Finland Part 1 because I came in April.

In addition to being the main gateway to the Finnish archipelago, Turku is also home to one of the biggest rock festivals in Europe: Ruisrock. Held every July on Ruissalo island (get it…”Ruis” rock?), the festival is one of the largest in the Nordic states and the second oldest in Europe drawing some of the biggest names in music. Like Jukka Poika & Sound Explosion Band and DJ Polarsoul Rapshow.

I actually have no idea who either of those groups are, but their names spoke to me first when I looked at the lineup. Then followed some more familiar ones like Lily Allen, The Offspring, Phoenix, David Guetta, Wiz Khalifa, and of course, the king of glam rock and face of Turku, Mr. Michael Monroe. Three days of good music in a beautiful setting and alongside one of my best girlfriends who just flew in from London to join me – it’s going to be an awesome weekend and who knows where we’ll end up. Hopefully backstage.

Once that party is over you can be 100% sure I will be ready to head off to the Turku Archipelago for some sauna action, wild nature, and a different kind of “rock”. I’ll be staying a night on Nagu which is one of the largest islands amongst the some 20,000 that exist there.

Did you know that aside from being one of the most beautiful archipelagos in the world, the Finnish Archipelago is also the largest in world in terms of quantity of islands? It is and I’m using the word “island” in the loosest sense. Maybe this map will give you a better idea of what I’m talking about.

After Nagu I will then hop on a ferry and head over to a place I’ve been curious about for a while now – Åland. As I mentioned in the intro, Åland and its islands (6,757 of them) are technically a part of Finland – an autonomous, demilitarized part with its own parliament, flag, stamps, and where Swedish is spoken exclusively – so it should be quite interesting to experience. I will be spending two nights there, one on the island of Kökar and one in the capital of Mariehamn before taking my final ferry ride over to Stockholm.

I am totally elated at the perfect amount of party and peacefulness I’m going to have over the next week here in Finland before I take off to Croatia. As much as I have enjoyed being on the road for two months straight, a nice chill out with little distraction and lots of beautiful scenery is what I’ve been needing for a few weeks now, and I can’t think of any better place than here in the backwoods of the Baltic Sea. Massive kiitos to Visit Turku, Visit Åland and Visit Finland for making this all possible.

Meet Montenegro - Darling of the Balkans