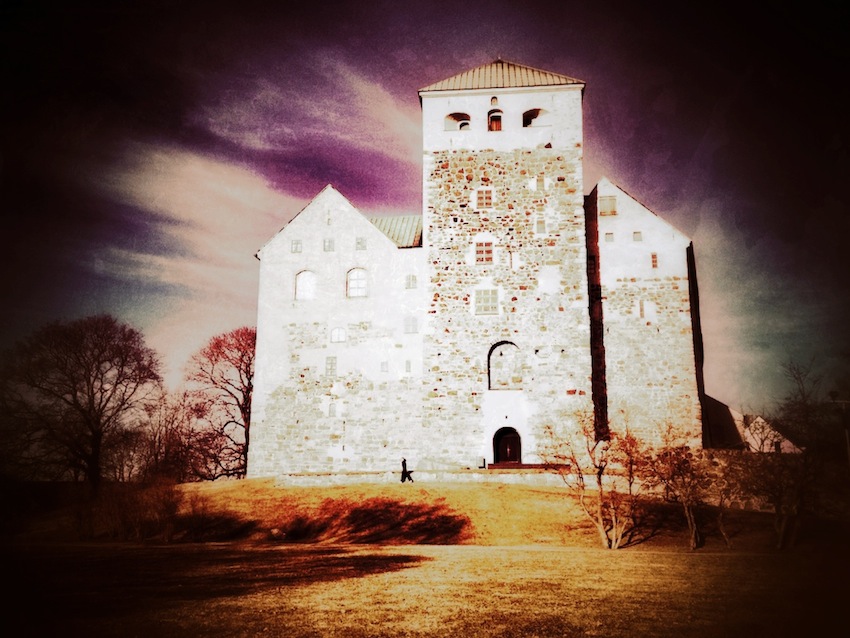 For many, including myself, Turku, Finland is usually just a quick stop on a cruise over from Stockholm or on the way to Helsinki. This is a shame really as it turns out the city of Turku itself is just one jewel (the largest) in the crown that is Finland’s famous archipelago.

Unbeknownst to me, just outside the oldest city in Finland is the largest archipelago in the world with “tens of thousands” of islands just begging to be explored. Unlike Sweden’s busy archipelago in and around Stockholm, Finland’s remains largely undeveloped which equates to wild and deserted islands all to yourself for days, weeks, and probably even years.

Since my Blonde Gypsy Finland trip brought me to Turku on the last few days of its off-season, I sadly missed out on all of that goodness but made a promise to myself that I will be back. Not just to explore the 250km Archipelago Trail, but also to attend one of the region’s other main attractions – Ruisrock, the oldest music festival in Finland, second oldest rock festival in Europe – and hang with Michael Monroe of Hanoi Rocks who has somehow managed to become the face of Turku.

For anyone reading this who is interested in really “seeing” Turku and its surroundings, I’d say a week would be ideal and preferably anytime after late May and before September. If you arrive a bit too late or early like I did however, or if just getting a taste while on a booze cruise from Stockholm is sufficient, I’ve got you covered with a few recommendations on how to spend your day(s) – this time based on interests.

For the history buffs

If history is attractive to you, then you will be pleased to know Turku is indeed the oldest city in Finland. That’s not a rumor. It was founded in the 13th Century and was country’s most important city until the middle of the19th Century, not to mention its capital from 1809-1812. You probably won’t be pleased to find out that most of the city was destroyed in the Great Fire of 1827 so not many historical buildings built before then remain at all except the ones found in Luostarinmäki, an outdoor handicrafts museum located a bit outside the city center.

Turku Castle and its historical museum is where you can get your biggest history fix. It’s just next to the ferry terminal and about a 15 minute walk from the train station so very easy to visit, even if you’re short on time.

Another important historical sight that still stands is Turku Cathedral. Its the oldest church in Finland and the most important as it is where the Archbishop of Finland sits. The tomb of Karin Månsdotter is also inside, character of one of history’s most overlooked royal romances (though sadly tragic) and the only Swedish queen buried outside of Sweden.

If taking in as much culture as possible is what you desire, purchasing a TurkuCard for €21 is probably the best thing for you to do  en route if getting there by ship (most of the big ferries offer them at the information desk onboard) or as soon as you arrive in the city. This will get you into all the best museums in the city such as the Museum of History & Contemporary Art and Turku Art Museum, as well as Luostarinmäki, Turku Castle and Turku Cathedral. It also gives you free travel on local buses and access to the 2-hour Turku Sightseeing bus tour (only June-August).

If feeding your face and trying some of the city’s most popular dining establishments is of primary concern, I have GREAT news for you. Somewhat similar to a city card, Turku now offers a food walk card (more like a pamphlet, actually) for €43 valid for three days that entitles you to free food at five of the city’s most popular spots and 15% off any additional purchases made.

It’s a pretty good deal if you are staying longer than a few hours or mainly check out the town’s culinary scene, but f you only have time to eat one meal, then I highly recommend Mami. The prices are surprisingly low for great quality and pretty healthy portions (especially during lunch). Really cute place, too!

If you came to Turku to party via booze cruise, rest assured, the party does not have to stop once you step on shore. One of the best quirks of the city is its assortment of themed pubs. Feeling a bit ill from too much party from the night before? Try nursing your hangover at Uusi Apteekki, the laid back and atmospheric old pharmacy turned bar.

Feeling guilty for already being drunk by noon? Drink it out in one of Koulu’s “classrooms”, a brewery that just might be the best in all of Finland. Pretty awesome that they brew their own tasty beers and cider, even more awesome that they do it in an old schoolhouse.

Feeling rich and sophisticated? Go exchange your money for some booze at the Old Bank which surprisingly……is set up in an old bank.

Don’t care where you are as long as there is booze? Then it’s time for a night cap at Puutorin Vessa – one-time public toilet where “getting pissed” never felt so right.

For shopaholics, fashionistas and design freaks

If fashion and design tickle your fancy, you will be in heaven. Tons of shopping from food to furniture with a GREAT vintage and antique scene. Such a great scene that Polkka Jam even put together an extremely comprehensive map of where to find all these treasures. One really cute design store I loved checking out was Artek. Even though I couldn’t afford anything in there, was a cool place to browse pieces from some of Finland’s most iconic designers.

Have you been to Turku or any of its archipelago before? How did you spend your day? Would like to extend a huge “kiitos” to Turku Touring and Visit Finland for making my trip to this part of Southwest Finland possible. Per usual, all opinions stated above are my own.