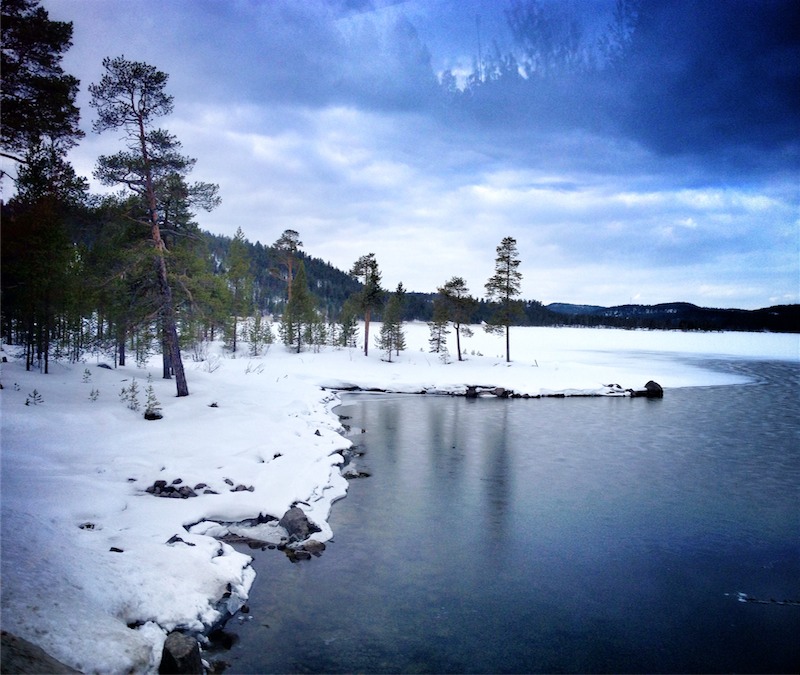 From the depths of the Caribbean to the heights of the Arctic Circle (on a map), I bet you didn’t see this one coming, did you?

I’m writing this message to you from Nuorgam Holiday Village in Nuorgam, Finnish Lapland, the northernmost town in the European Union which lies on the Teno River 510 kilometers north of the Arctic Circle. This is the furthest north I’ve ever been in my entire life and let me tell you, as a born and raised California girl, the scenery here is kind of blowing my mind.

I arrived yesterday via Finnair who I will be working with on a fun little media project and am going to be traveling around for the next two and a half weeks as a guest of Visit Finland exploring and photographing as much of the country as I possibly can. In true Blonde Gypsy fashion, not much is planned aside from the stops I will be making, but even that is subject to change and maybe a surprise or two added along the way. Here’s a basic idea of where you can expect to find me and what I hope to be doing.

This is where I am at present which is fitting considering it’s been on my European To Do List for a while now. I had an idea of how I wanted to see it before I came, but that all went out the window once I found out about Utsjoki. Nuorgam is just one of the villages found in this municipality that has the largest percentage of Sami speakers in the country.

I’ve always wanted to hang with some Sami peeps, legit ones, and that I see on my itinerary I’ll be having breakfast or lunch just about every day with them while I am here makes me a happy girl. I hope to learn lots about their reindeer herding ways as well as their efforts to keep the culture alive.

So when I’m not herding reindeer, you might catch me ice fishing (seriously) or hunting for aurora borealis. Northern Lights season is just about over but I’ll be going out on a late night mission tonight with an expert so maybe I’ll get lucky. Kind of thought I spotted a little something something last night but could have just been my mind playing tricks on me.

After Lapland I will be heading southeast to Lakeland. This area is best to experience during summer as it’s a hotspot for mökki (Finnish cottages) and romantic boat rides. It may be too chilly to for such activities, but at the very least I might get to see a lake or two and get in some sauna action. There are some 55,000 lakes in Lakeland alone and probably the same amount of saunas so if I don’t, then I’ve got a problem.

Tampere is often called “the Manchester of Finland” which means nothing to me because I’ve never been to Manchester, but apparently it just has to do with the fact that it too was once the center of industry for the entire country. I heard it is nice though and there are lots of young people since it’s a university town, so we’ll see how it goes.

Very much looking forward to visiting Turku as it’s the oldest city in Finland and used to be the capital. It’s also a university town and “the cradle of Finnish culture” with lots of history so I’m sure I’ll be having a field day with photos.

I’ll be ending my trip in the capital and rest assured, going out with a bang. I recently found out that April 30/May 1 is when they celebrate a spring holiday called Vappu. In Sweden it’s called Valborg but doesn’t go off nearly as much as in Finland. By some accounts it’s the best kept party secret in Europe, but I will be the judge of that.

That’ll be on the last nights I am there but thankfully I’ll have a few days before to explore Helsinki’s banging design scene and perhaps sample a few of its culinary delights. I think I’m just going to erase the four hours I spent there 3 1/2 years ago from my mind and just start anew because my initial perceptions were nothing close to the amazing things I’ve heard about the place from Finnish friends. This time I’m going in, deep.

Not surprisingly, my trusty iPhone will also be playing a large role on this trip. I will be commandeering Visit Finland’s new Instagram account (@ourfinland) for the duration of the trip as as way to have you involved as much as possible.

Seeing as I will be faced with all kinds of extremities during this particular jaunt (and also given my bad track record with dropping iPhones in strange places), I’ll be bringing Lifeproof with me along for the ride as my partner in protection. Last thing I need is another Apple casualty on my hands and the inability to document and live report this excellent adventure. Very excited to put their water proof, snow proof, shock / drop proof, and dirt / dust proof iPhone case to the test all over the country and will definitely let you know how it fares in the end.

You have no idea how excited I am to get acquainted with this unique country sitting on top of Europe, a country which I am starting to realize I have much more of a connection with than I ever thought, and I can’t wait to share my findings with you. As usual, I encourage everyone to join in for the ride via Facebook, Twitter and Instagram, and I welcome any and all suggestions on things to do, places to go, and people to meet. Kippis!

Why Every Traveler Needs to See Finnish Lapland Before They Die