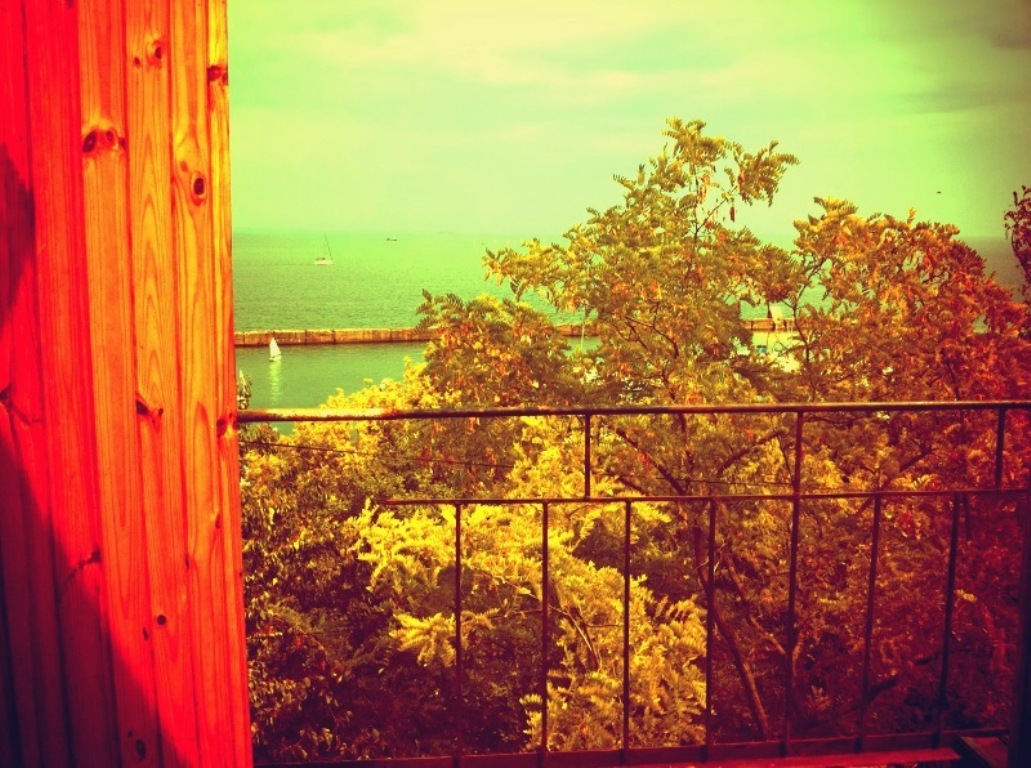 I really can’t believe September will be here tomorrow. Where did the summer go? Sadly it seems to have just passed by my window as I sat inside for the past two months working on my thesis. No beach time, no fun in the sun. I am not complaining because I have some VERY exciting plans in the works for September (details coming soon), but I am feeling a little nostalgic for last summer when I was practically living on the beach in Odessa, Ukraine.

I had a lot of really great days while I was there but one really fun one stands out in particular and one that I totally want to attempt to live again through a mini photo essay. It was the day my friends and I had an impromptu BBQ/party at a “dacha” overlooking the Black Sea.

The night before there had been a lot of partying in the city center and talk of “wouldn’t it be nice” to have Sunday Funday BBQ down by the beach. A good friend Lesha had a much better idea and that was to call up his friend who was a captain and had his own “dacha” overlooking the coast to see if we might be able to borrow his place for the day. Turned out to be a go and the next day we all convened at the local Tavria-V to pick up necessary BBQ items and head to an undisclosed location – undisclosed in the sense that I would never be able to find this place again even if you paid me.

So we roll up to this junk yard looking area that looked like a scene from Chernobyl – abandoned boats, used cars from the 50s, decaying fishing paraphernalia just scattered around. It was at this point that some of us were starting to think “…what the hell did we get ourselves into”, but just kept on following our leader Lesha in good faith.

At this point you might be wondering, what is a dacha anyway? That is a great question and one that I still haven’t entirely figured out the answer to even after spending so much time in the East. I was under the impression that dachas were small second homes outside of the city where people escape to (mainly during the summer months) in Russia and other former Soviet countries. Turns out though that anything that can be converted into a livable space and used for outdoor summer parties can also be considered a dacha. Obviously. As is demonstrated below.

I still don’t even know what it was but they looked like shipping containers to me. The inside was even more interesting. If you are a fan of thingamabobs or checking out “antiques”, then this place was totally for you. Check out this seriously retro/Soviet can of water.

The boys then started up the BBQ and the girls kind of just watched/ hung out whilst sipping on Georgian rosé. The view really was beautiful and the set up for a summer party so perfect making me realize why they insisted on calling this place a dacha.

Then this dude in a Speedo randomly showed up and starts preparing a salad. Seriously, it happened just like that and as far as I know, no one really knew who he was. It was pretty awesome.

Then this other dude shows up in jeans and a sling. Don’t know what happened but he looked tough and I am thinking that it could have been a fight.

At this point all these crazy characters and glasses of rosé were getting to be too much for me so I decided to sneak off into one of the “rooms” for a little power nap. Turned out to be the best decision ever as while I was passed out it just starts pouring rain out there.

Thankfully by the time I woke up it was dry again and the general consensus was that it was time to head to the beach down below. One of the things I love most about Odessa is that while its beaches may not be the cleanest, they certainly are the most interesting. Think I said that before somewhere but just had to say it again. I’m typically not a fan of crowded beaches but there I love ‘em and can’t get enough.

The party didn’t last too much longer after we were done at the beach. We headed up, packed up, and bid farewell to the fabulously rusty enclave that had so graciously hosted us for the day. The impromptu party turned out to be a great success and as I mentioned before, one of the most memorable beach days I had during the whole five months I was in Odessa – a true Ukrainian dacha experience and I cannot wait for the next one.

FROM FRANCE WITH LOVE: Chilling & Cognacing in Cognac!