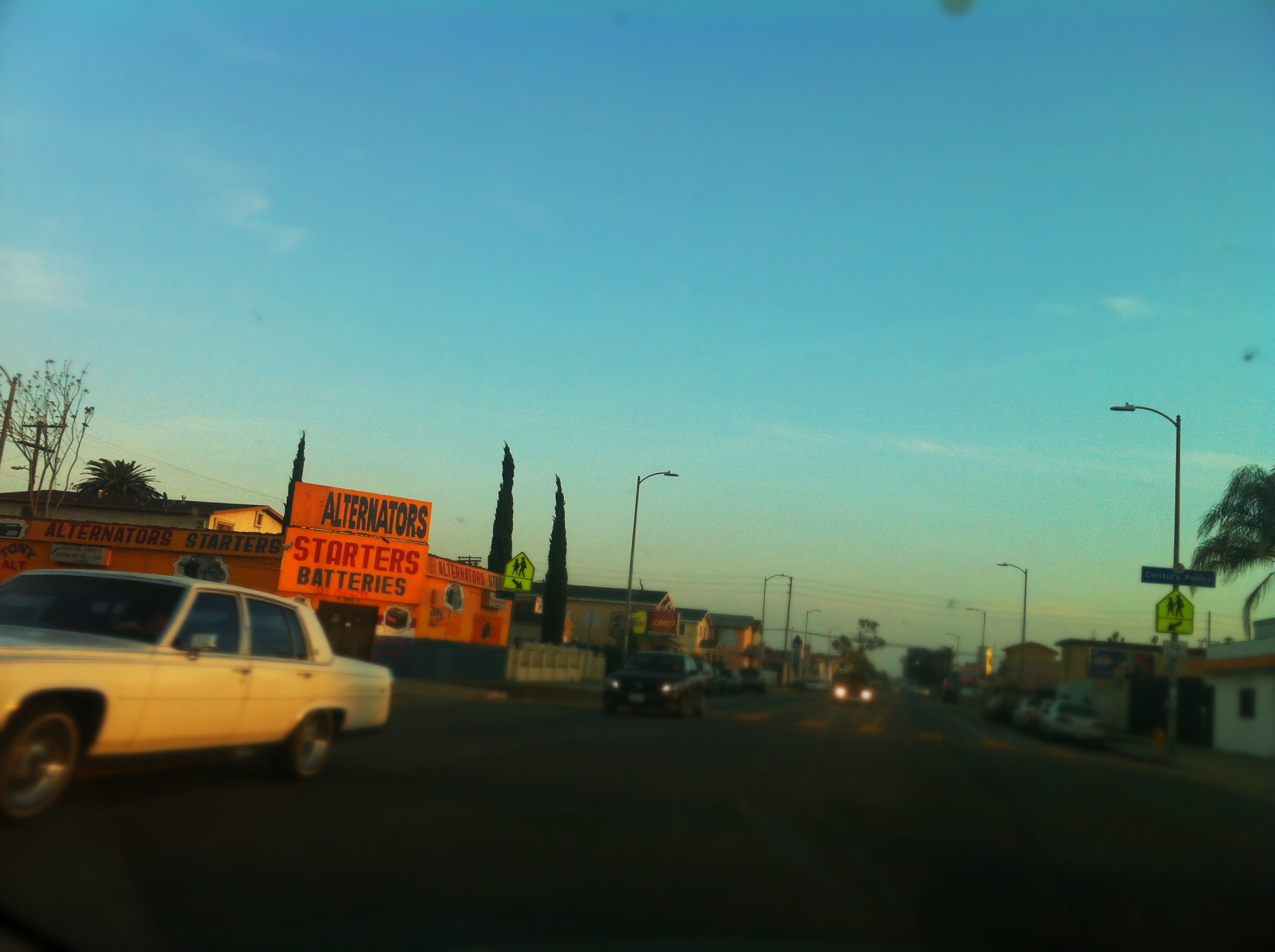 If you are a fan of N.W.A. or any other hardcore gangster rap groups like I am, you owe it to yourself to visit South Central at some point in your life. It’s definitely not a tourist attraction, but it does have some attractions that I think are interesting for tourists.

Since I’ve only been a few times, I don’t have a ton of suggestions on what to do/where to go in South Central, but rest assured that the ones listed below are solid (and safe, if that is a central concern of yours). If you’re renting a car in Los Angeles, it’s really easy to pop over for a couple of hours via the 110 or 105 Freeway. Although it’s entirely possible, I wouldn’t recommend trying to explore the area using public transport unless you are real rugged and/or up for a great challenge.

The first stop I usually make on my South Central circuit is at Roscoe’s Chicken & Waffles in Manchester. There are a few different locations in the LA/Long Beach area, but I’m pretty sure this is the best one. Or at least is located in the best place for exploring the South Central/Compton/Watts area and has the best servers and clientele.

For a first-timer, I would recommend #1 Scoe’s with fried chicken, 2 waffles and their own private mix.

The last time I made the mistake of ordering the #2 Scoe’s that features gravy & onions and it just turned out to be too much to handle (even though I handled it, I was hungry). Also worthy of a mention is Natalie’s Special with “2 fantastically prepared waffles”, Obama’s Special, and a side of Mac & Cheese which is actually known to be one of the best in LA.

Take a cruise through the hood

After you are stuffed with chicken and waffles, you should head south on Main Street. In between 87th Street to 108th Street you can cruise freely (just don’t creep) in order to get a good sense of the neighborhood. This is probably one of my favorite things to do as you NEVER know what you’re going to find…

Get your hair did at From Nappy 2 Sassy

Feeling nappy but wanna look sassy? Try this place. I haven’t yet but believe me, it’s high on my list for the next time I’m in the area.

In my opinion, Watts Towers is one of the most unique things to see in LA – it just happens to be smack dab in the middle of a neighborhood which became synonymous with race riots in the 1960s. It’s actually a very peaceful place to come though, especially around sunset when you pretty much have the whole place to yourself. I’ve never seen it open but you can read about its history from the outside.

The erection of the towers (grow up) started in 1921 by an Italian immigrant named Simon Rodia who worked on them everyday for 34 years during his free time. It is said the towers are built in the outline of a ship, a ship that was meant to contain all of his memories when it was time for him to sail back to Italy which sadly he never did. Random and fun fact: Simon Rodia’s likeness is included on the top row of The Beatles “Sgt. Pepper’s Lonely Hearts Club Band” album.