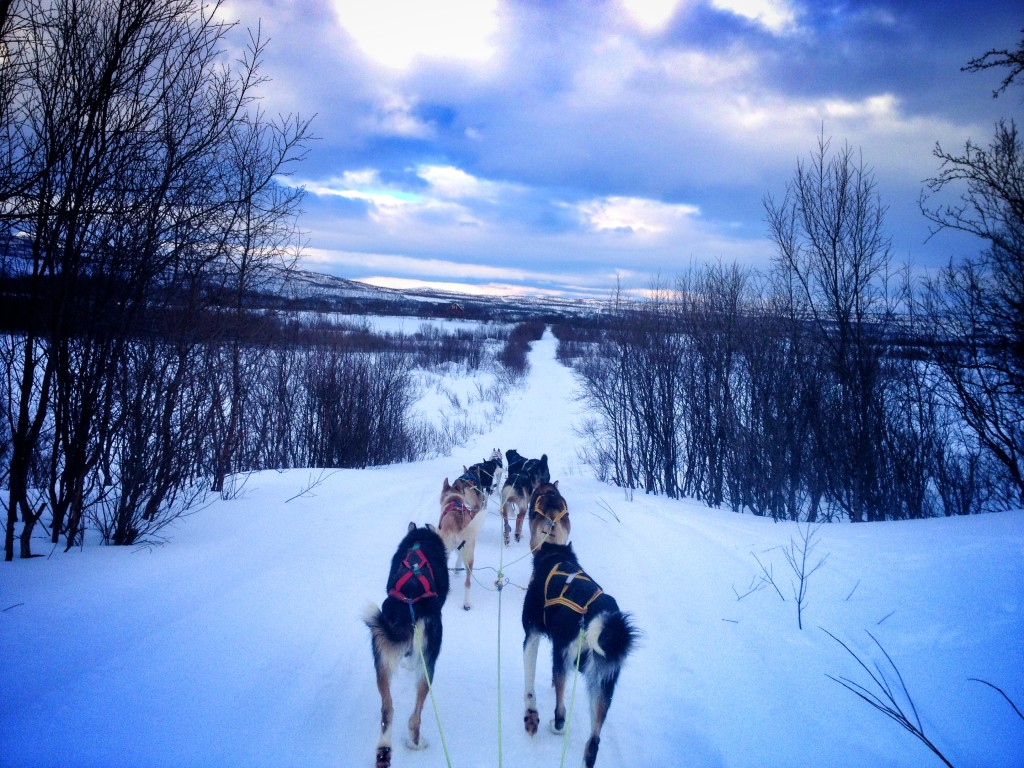 So my nineteen days in Finland came and went like a bolt of lightning, but it was by far one of the coolest trips I’ve ever been on. To sum up the experience in just a few words, Finland really surprised me. I thought I knew at least a little something about it, but it actually turned out that I knew nothing about it. Not quite Scandinavian nor Eastern European, it’s a really cool mix of both that I had not anticipated.

I shall soon be posting more specifics about the places, faces and spaces that I encountered on this trip over on The Blonde Gypsy, but first I thought it would be appropriate to do a little photographic overview here to give a better idea of all the ground that was covered and a brief look at Finland from north to south, east to west.

As you know, I started off real fierce in Lapland with some ice fishing and reindeer herding on the tundra in Nuorgam and Utsjoki, Finland. I also had the chance to hang with some really cute husky puppies and go for a dogsled ride with their elders at a husky farm across the border in Tana, Norway.

From the north I flew south and headed east to Lakeland where I soon discovered how the area got its name (there are some 55,000 lakes). Walking on top of frozen Lake Saimaa in search of Ringed Seal nests, strolling around Savonlinna and seeing the largest wooden church in the world in Kerimäki were just a few of the highlights.

After Lakeland I headed west to Tampere and saw why it’s called the “Manchester of Finland” – lots of old mills, industrial areas, etc- but I’m still not sure I am entirely convinced that the two are all that similar. Will let you know the day I finally make it to that part of England. I also sampled mustamakkara, the infamous blood sausage that is famous in Tampere, and will be a happy girl if I never have to eat it again in my life. Sorry. Got super hooked on the Karelian pies though…

From Tampere I headed even further west to the coastal town of Turku. Though it was off season, I still got a sense as to why it’s so beloved by Finns and learned a bit more about Finnish history in the process since it is the oldest city in Finland. I also learned that I need to get back during summer to explore its archipelago paradise (it has the largest archipelago in the world) and attend one of the country’s biggest music festivals called Ruisrock that takes place there every July.

As a grand finale, I spent my final 6 days in Helsinki. Even though it hadn’t left much of an impression on me the first time around, it quickly won me over after just a few hours. This place is turning into a real force as far as forward-thinking cities go. I haven’t seen such innovation and openness to new ideas in a capital in quite a while and that is exciting. Couldn’t have asked for a better party to end it all than with their Vappu celebration. I highly recommend a visit to Helsinki around this holiday (May 1st) as it’s probably the most alive you will see the city the entire year.

All of the photos posted above can be found on Visit Finland’s Instagram account which they were so kind to let me take over for the duration of the trip. If you want even more, you can also check out some of the Facebook photo albums I put up.